What about native 5 lw?
Top


Great knife but not as easy to open with gloves. Smaller hole and partially covered by the handle.
SHARPEN IT LIKE YOU LOVE IT, USE IT LIKE YOU HATE IT
~David
Top

The native 5 is pretty awesome. A half plain half serrated might be just right for warehouse work. I use mine in a similar capacity sometimes. Makes short work of those hard to cut straps around boxes. and the older models -- still available from many stores - are s35vn!

The Warncliff on the delica is also awesome and I heard they are making a larger version too! 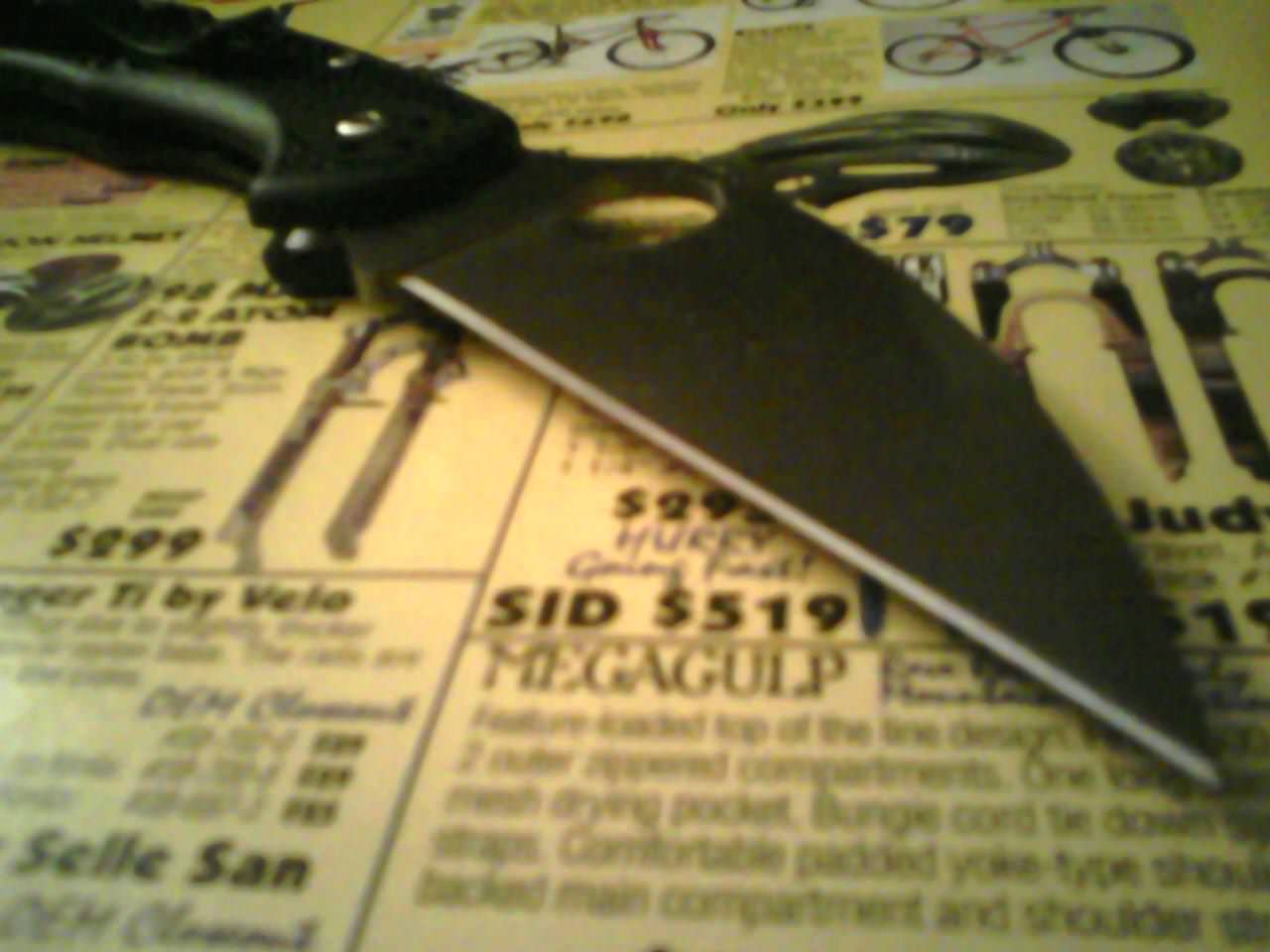 "A fool's blade may be sharper than his brain"
“Learn to ride a bicycle. You will not regret it if you live." - Mark Twain
Top


I’ll stand by my earlier suggestion of a wharncliffe endura but mate, the truth is, just about any knife in Spydercos catalog will do the job. All the knives mentioned above would be fine.
The best knife for the job will be the one you enjoy carrying and using. You can get used to just about any design, within reason and make it work for the jobs you’ve listed, so get the one that speaks to you. The one you just want to have.
Top

I don’t think you can go wrong with either a Delica or a Native 5 Lightweight. Both are good all around knives, just pick the one that best fits your gloved hand.
Used to be JR in CT with a much earlier join date.

Friends call me Jim. As do my enemies.
Top

Evil D wrote: ↑
Wed Feb 27, 2019 9:51 am
If dropping it is a concern and you don't have a big need for stabbing/penetration (such as cutting holes into the sides of boxes) you might want to consider a sheepsfoot. That style of tip will at least minimise damage if you drop it. Otherwise I doubt that you'll easily break the tip off something like the Pacific. Maybe a very small chip but nothing that can't be sharpened out.

Evil D D beat me to the punch.

If size is a concern maybe a Tenacious would work well. I like Evil D’s suggestion of a salt 2 but from experience ( I use my knife in almost the same exact way ) H1 steel just didn’t have the edge retention I was looking for, a serrated H1 blade my be a different story though.

If I didn’t set it before... I really have a hard time thrashing a knife over $75+- at work and that is why my primary work knife is the Cara Cara 2.

We work in very similar work environments. I still think the Delica or Endura Wharncliffe would work amazing for you. The hump of the blade makes for the perfect spot to place a gloved finger for opening boxes with precision. If the handle is too small, what about set of custom G10 scales to give it a bit more size? You could pick up a Delica or Endura (or even a Salt Wharncliffe, although I don't like the lack of liners for hard work) and set of scales for about the cost of a Manix 2. I also keep a Para 3 in my work rotation for days I know we're getting a lot of shipments with thick straps and think that would be another great choice. I tried out the 20CV Manix 2, but it was just too dang big. 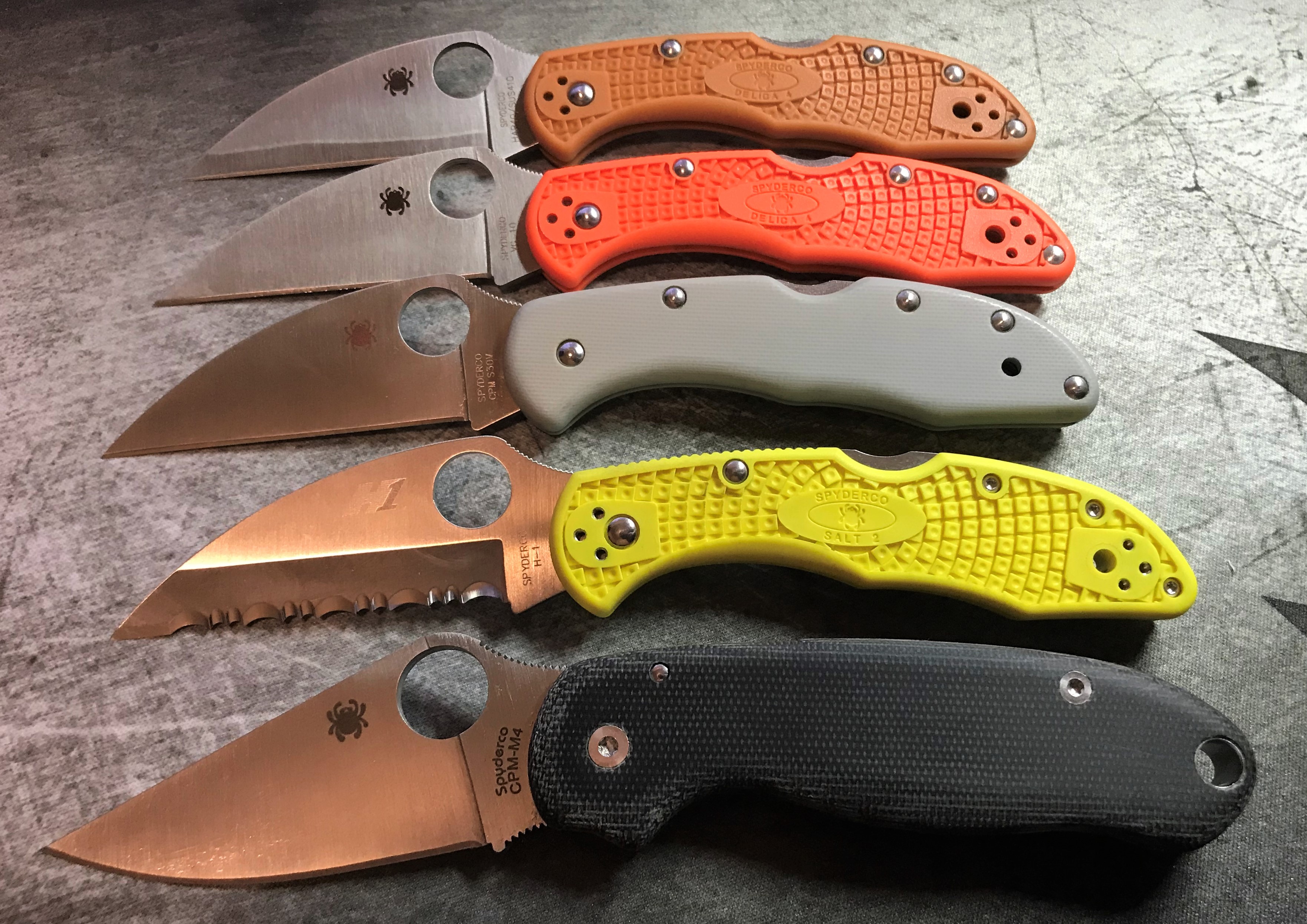 Hmmm so many to choose from.
Top

yojimbo 2 in s90v would be a good one, or a wharncliffe delica
Top

Cao87 wrote: ↑
Thu Feb 28, 2019 10:53 am
Actually I like the manix but because of the locking mechanism
And that I live in Canada they don’t allow knives. With any kind
Of axis lock or wrist flick or something like that so I am looking
For something like tenatious with the liner lock or something with a back lock

Actually here in Canada we are most certainly allowed these knives. I’m not a lawyer but have looked into it. We are not allowed autos or Bali songs but that’s about it. Axis or similar, backlock, frame or linerlock, compression, buttonlock, even assisted knives are all perfectly legal. The Canadian border service has simply decided to reinterpret some rules about what is allowed to be imported. (I’ve ordered a few now since the reinterpretation without issue). Once they are here they are legal to carry as long as the intention is not for self defence or to harm others. Individual jurisdictions have some added rules such as no knives in places that serve alcohol, or in schools etc. Workplaces often have their own rules too.
If you are concerned about not getting your knife through customs, Check Blades Canada, (warriors and wonders) or S&R Knives. There are others but I’ve personally had good experiences with these 2. They typically have stock on a wide selection of Spydies. I find W&W tends to have little to no markup over U.S. prices, once you factor in exchange rates of course.
If you're wielding the sharpest tool in the shed, who's going to say that you aren't...?
Top

Manix 2 is super super easy to inertia open, maybe even the easiest I've ever handled aside from the older D'Allara models that come open if you breathe on them hard. If that's a concern I would definitely look for a back lock, and I'd also go so far as to call and speak with someone at whatever place you order it from and ask them to tighten down the pivot screws before they ship it, which can give you a little extra security and prevent the border boys from snapping it open and taking your knife. In fact I'd do this last part regardless of what you buy.
SHARPEN IT LIKE YOU LOVE IT, USE IT LIKE YOU HATE IT
~David
Top

If you like the Manix (as I do) and want a solid backlock, find yourself an 83mm Manix (https://www.spyderco.com/catalog/detail ... -83-mm/212). Will be great for your purpose, with a nice thick slicey blade. They come up on ebay frequently.
Top

But I'm going to say it again for about the 800th time>> if they would make a bigger scale, larger version of the 2003 era Dodo model in SE & PE both that would make an absolutely perfect "WareHouse Knife" in my humble opinion.

Heck even the standard issue Dodo is a great utility blade in it's own rite. But a bigger scale version would just be ideal for such purposes and could be used in even more cutting jobs you would encounter IMO.

Most people that have never ever used a Dodo model have no idea at how versatile that model is for such a wide range of uses. And in Warehouse jobs there are all kinds of things you encounter that you would need both a PE & SE blade for. The Dodo would be ideal from a "safety" standpoint as well as having the advantages of "pull cutting" which truly has it's advantages when dealing with really tough materials you would encounter in that type of job.

My second pick at this time would be to make a SPYDERHAWK model in combo edge.
Top

So out of curiosity I checked Blades Canada. Right now they’ve got 13 versions of the Manix in stock, in Canada. S30,ctsbd1, Maxamet, S90, 110v, LW, Backlock, xl, combo edge. No border issues, fast shipping.
My Manix2 can be wrist flicked out but it’s no easier than my older PM2 or similar sized framelocks. My superblue Stretch is only a little harder to flick out. So it won’t accidentally fly out on you and as I mentioned, they are perfectly legal to own and carry in Canada.
If you're wielding the sharpest tool in the shed, who's going to say that you aren't...?
Top

Cao87 at $80+ For a pancake sheath like this I think it’s a little too much money if you ask me. I spent about that on some leather, a punch, wax cord, dye and clear coat finish. I’ve already made two sheaths an I have enough leather to make 2 or 3 more. 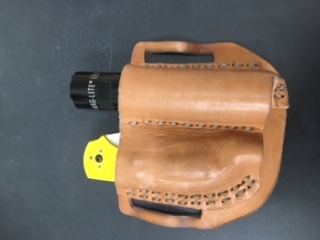 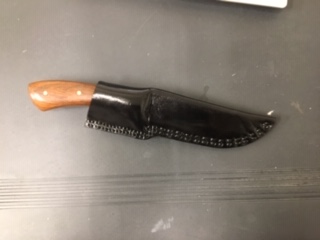