A place for you to post your pictures of Spyderco knives. Read Announcement before posting!
Forum rules
Post Reply
258 posts they look so much better with their tips fixed. cut better too!
Top

Touched up my PE Salt tonight. Easily whittles hairs...even after breaking down a bunch of cardboard for recycling

Maybe it's just because I've been using this knife for nearly a decade but the edge holding isn't nearly as bad as people make it out to be.

Holds up just fine at that silly thin edge angle, and is completely rust proof of course. Can't ask for much more than that from a knife steel. It's the super steel that flies under most peoples radar.
Top 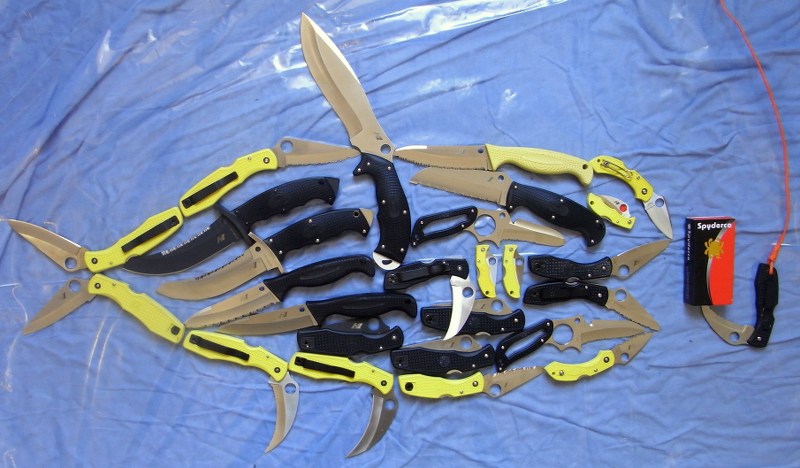 Nice layout. Love the Spydie box bait. And yeah, it hooked me too.
Top