They are a functional blade.

! This is awesome news. ... who's going to be the first to sacrifice their glass to cobble together a Lil Native in LC200N?

I think whoever does that will regret it!

(I know someone will for their internet points though)

Sure they'll have a Lil Native in LC200N a little bit early, but it won't be a true Salt model. They will basically be destroying some cool Spyderco merch to have a subpar version of something that will exist in the near future.

I have a feeling we're going to see a Lil Native Salt sooner than later!

Fits in nicely with the rest of the collection. Thanks Spyderco 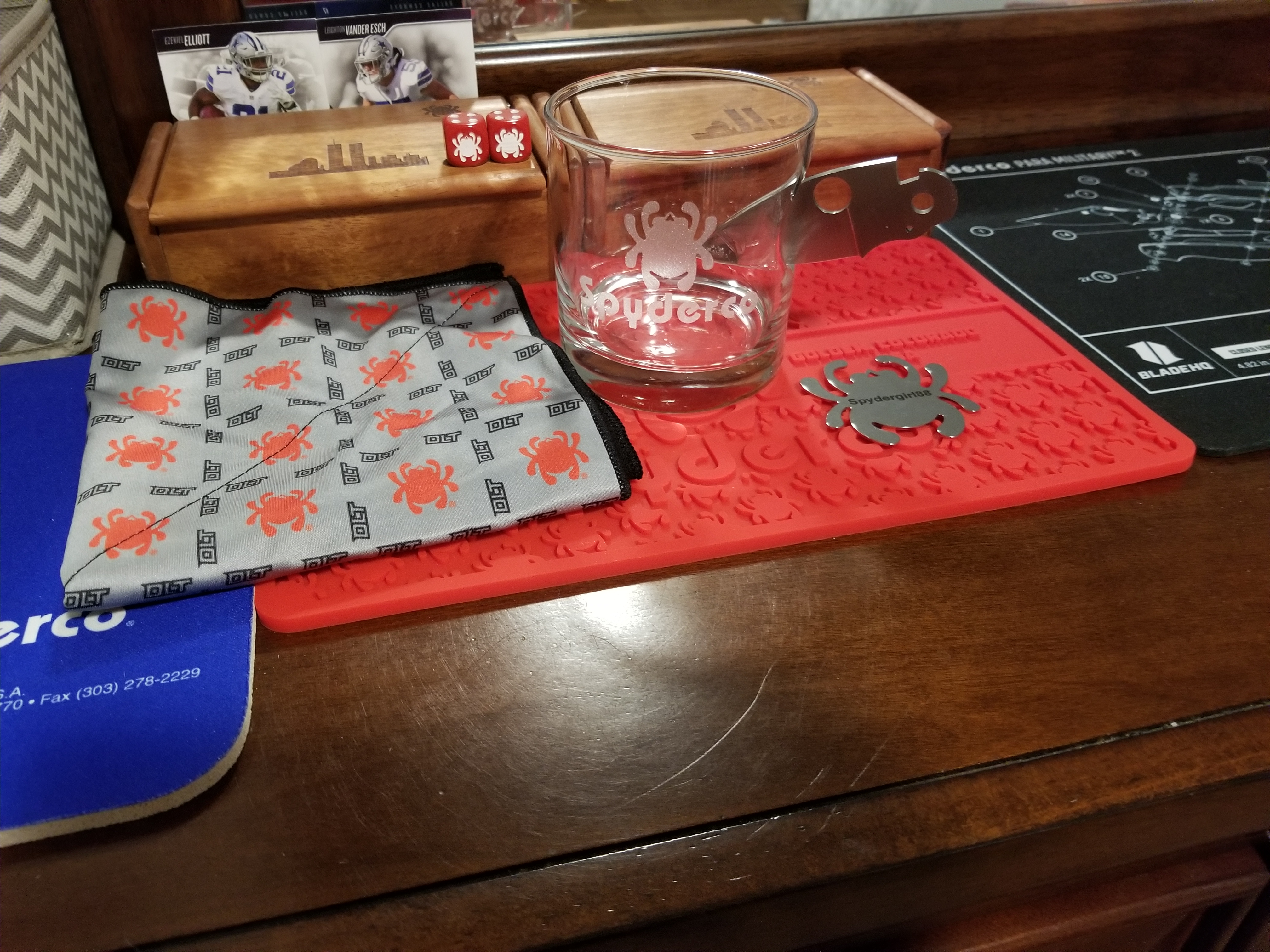 Imagination is more important than knowledge. For knowledge is limited, whereas imagination embraces the entire world, stimulating progress, giving birth to evolution.
Top 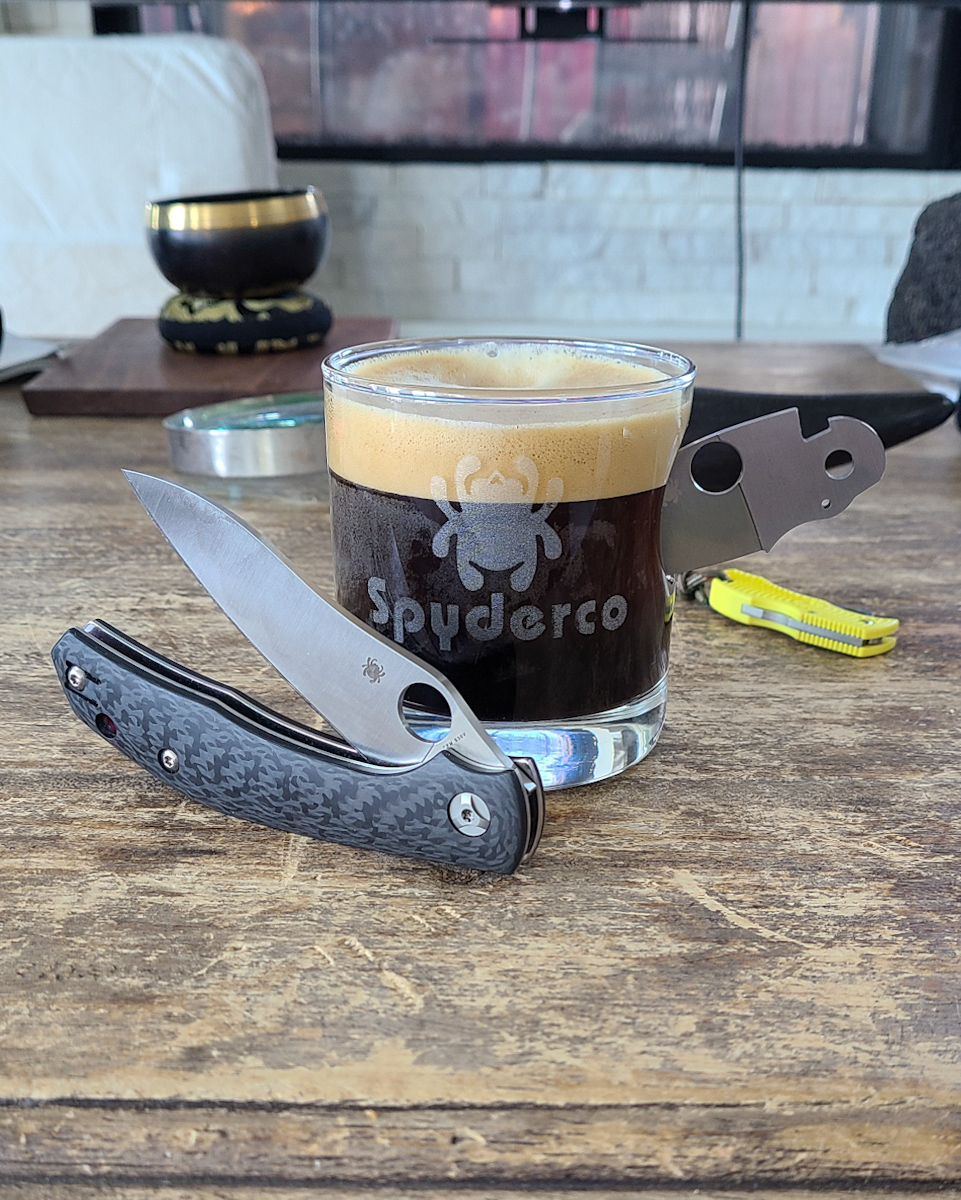 Put a lil native handle on the blade and then you have a handle for the glass!
"Seven for One"
Top 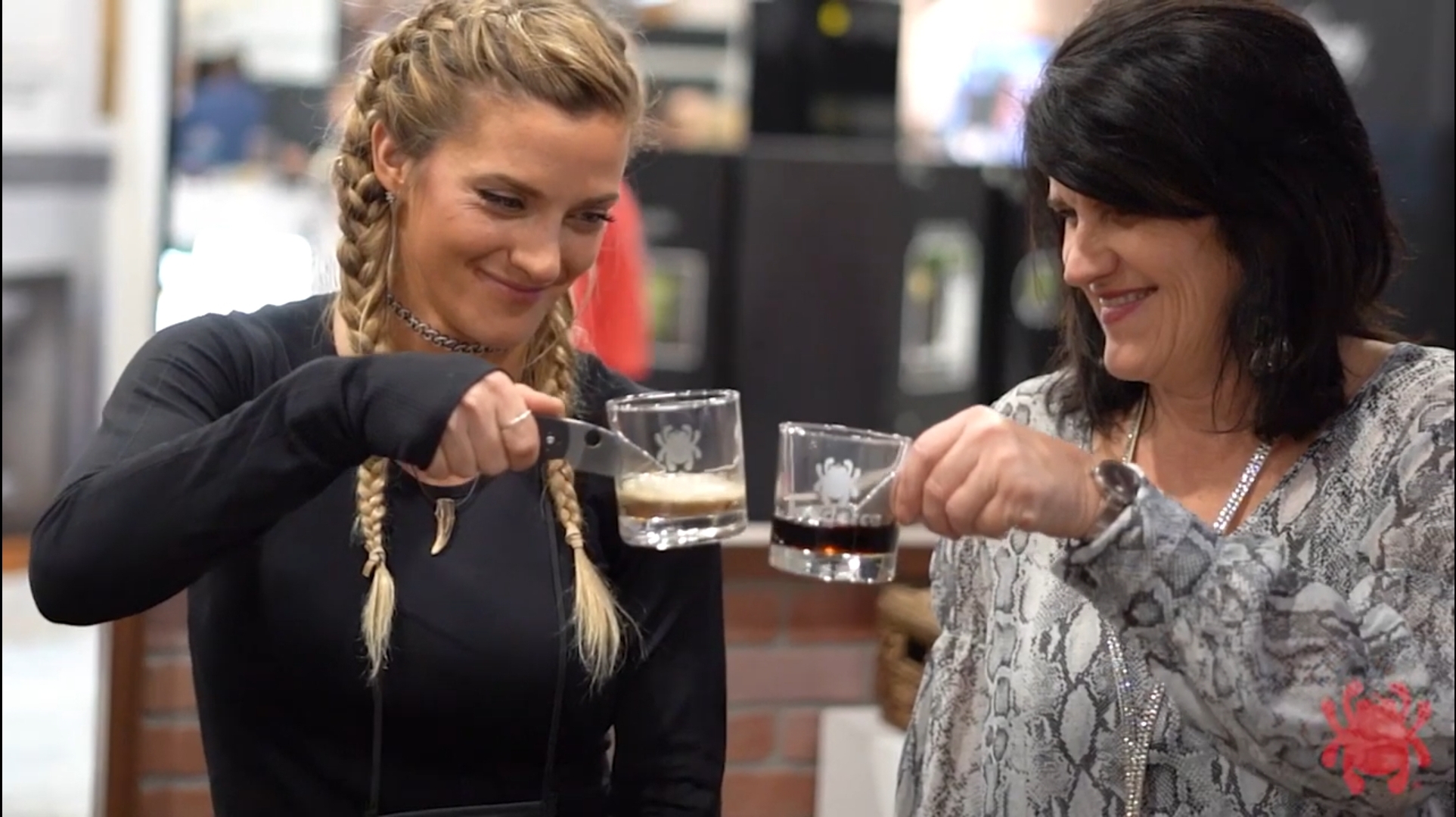 I was just going to ask, are you supposed to hold the glass by the blade or is it more so there for looks.
23

Looks. But you could hold it if you want to. Would recommend adding the backlock scales and pivot if you want to use a handle. Rocks glasses are traditionally handle-less though
Top

I think mine are due to be delivered today or tomorrow. Looking forward to getting them!

Mine is out for delivery. Gotta decide what to put in it tonight.
Top

Biggest question of the day! Make or break your night

I'm not allowed to drink liquor (smart decision) but I like all these pics you're all posting! Could be a great novelty item though, so odd and unique!
23

I received mine yesterday. They are pretty cool. I'm going to one and put one away for a rainy day. My girl already asked me to make frozen margaritas tonight. So the LC200N blade might get salt tested lol
Of all the things I've lost I miss my mind the most!
Top

Mine holds my Watu 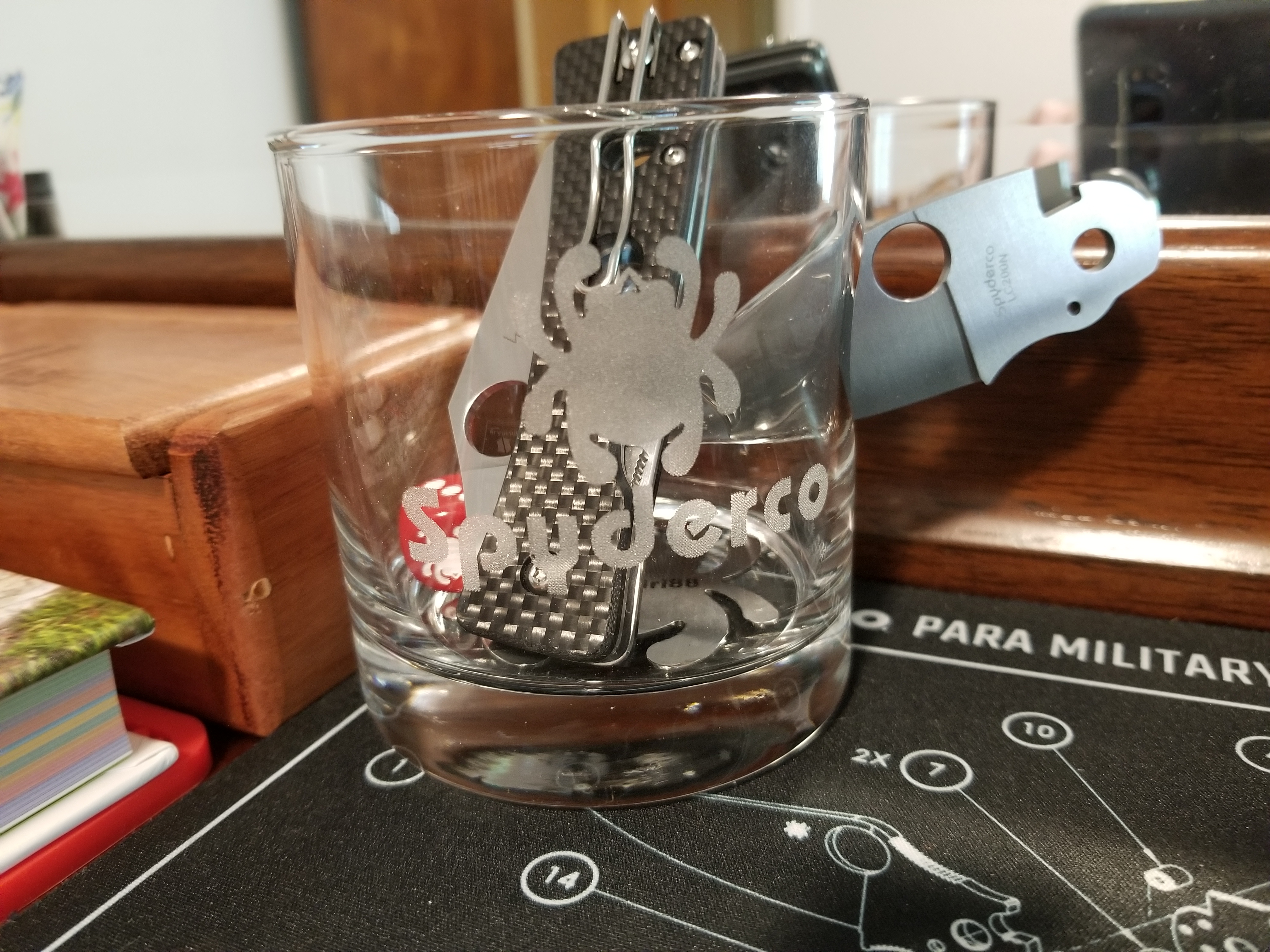 I think there is a reason their glasses weren't full. If someone attempts to use the blade as a handle, I wouldn't trust it to hold up with a full glass.
Top

I think there is a reason their glasses weren't full. If someone attempts to use the blade as a handle, I wouldn't trust it to hold up with a full glass.

Ive never seen people drink from a full rocks glass. Usually 2 or 3 fingers worth of whiskey neat or with 2 or 3 ice cubes too.
Top 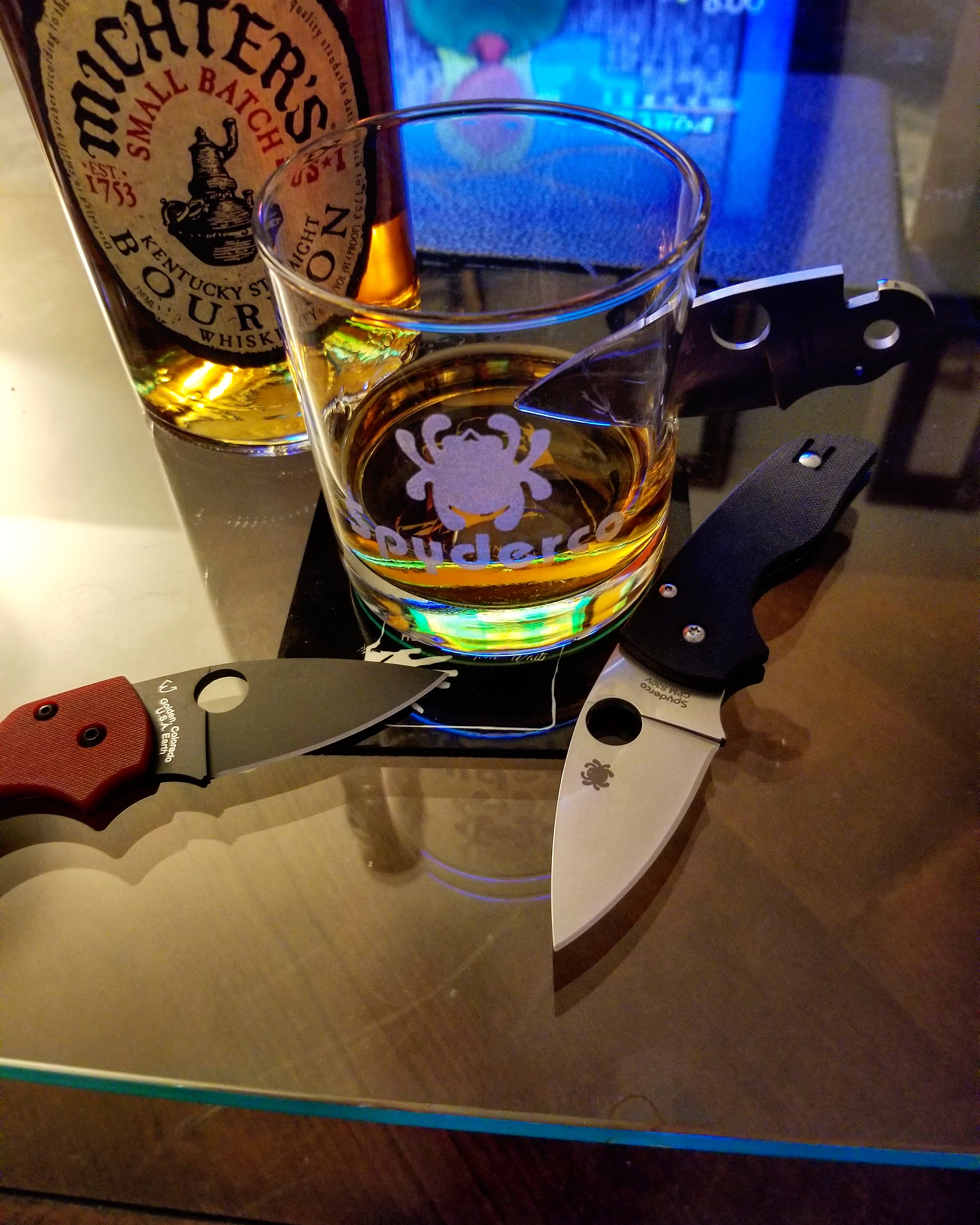