Wholeheartedly agree! This year is full of tough choices for sure!
My Owned

Wholeheartedly agree! This year is full of tough choices for sure!

I don't envy the folks that have to make the decision, that's for sure!
Chris

Chose Ikuchi as the model because it has been in my pocket recently since I got it. When sharpening pencils for my kid, I do not like to use any kind of pencil sharpener; instead, Syderco only! I know it is slower than pencil sharpener, but my method has a character and is really cool, just like the way my dad did! 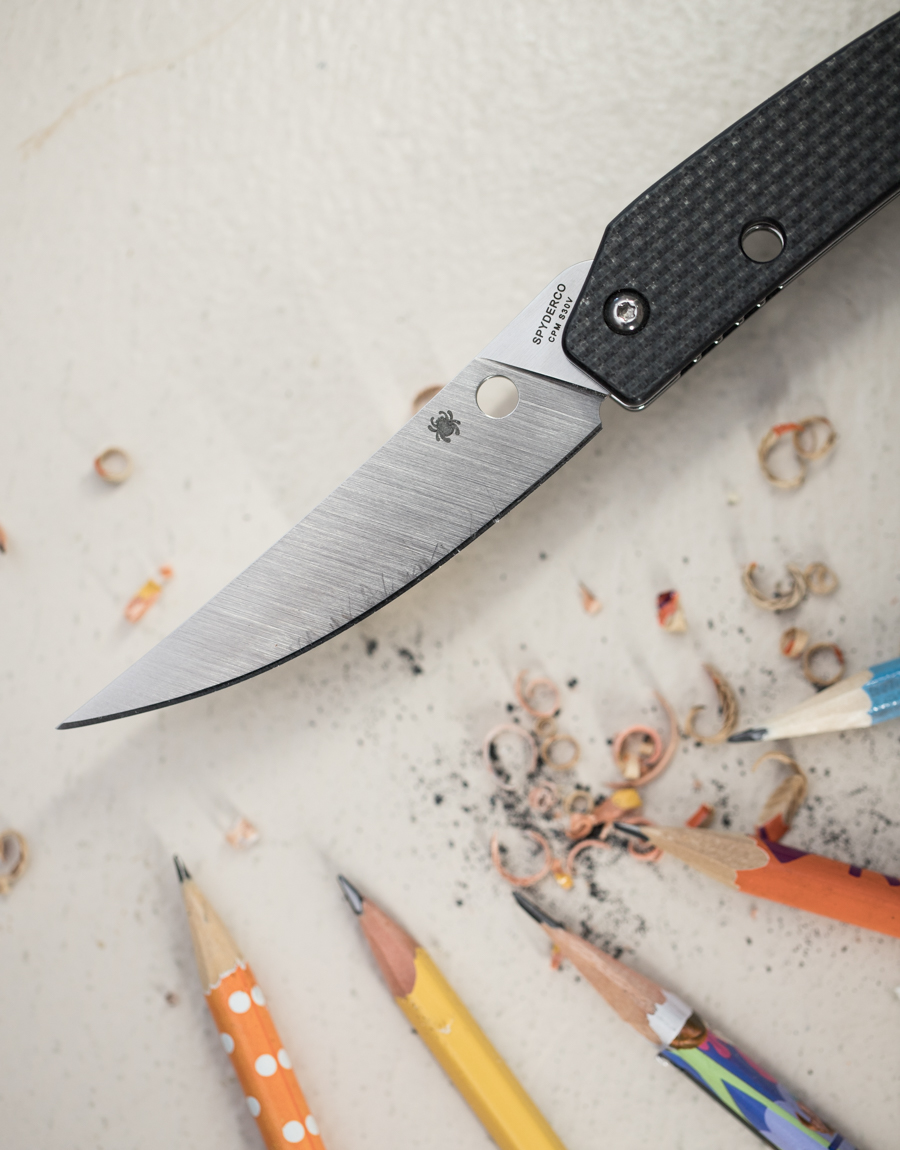 Liquid Cobra wrote: ↑
Fri Aug 30, 2019 12:21 pm
Unfortunately I just had too much going on this year so I’m out. Great photos so for everybody. I’m looking forward to getting the calendar. Good luck all!

I had actually been looking forward to your entry since the contest was announced.
Top

Spyderco Subvert out and about for a hike.

A collaboration piece with Nati Amor, and also favorite Spyderco of 2019. I've carried this knife through the chills of winter, into the rains of spring, and the heat of summer. This knife is massive but as a reward for carrying around it's girthful frame, you have what feels in hand like a fixed blade knife. Robustly constructed and masterfully machined. The thanks to the wide blade, the knife is deceptively slicey despite the 4.0mm thick blade. The knife, after breakin, is as smooth as my customs. Should be up for another hour and a half, approximately.
- Connor

Liquid Cobra wrote: ↑
Fri Aug 30, 2019 12:21 pm
Unfortunately I just had too much going on this year so I’m out. Great photos so for everybody. I’m looking forward to getting the calendar. Good luck all!

I was looking forward to what you would submit this year! We will miss seeing an entry from you!
Top

Converted to JPEG and it submitted. It didn't like my PNG for some reason.

I love collecting knives, my wife collects plants. So why not marry our two hobbies in a photo? The Spyderco Paysan is a great collaboration between Mr. Rassenti and Spyderco. Same as the photo, I think it is a perfect marriage between a great knife maker and a great knife production company. By the way, I believe the plant is an Echeviera. The photo was taken in our study room which has a big window, the knife and plant was perched on top of our computer chair. 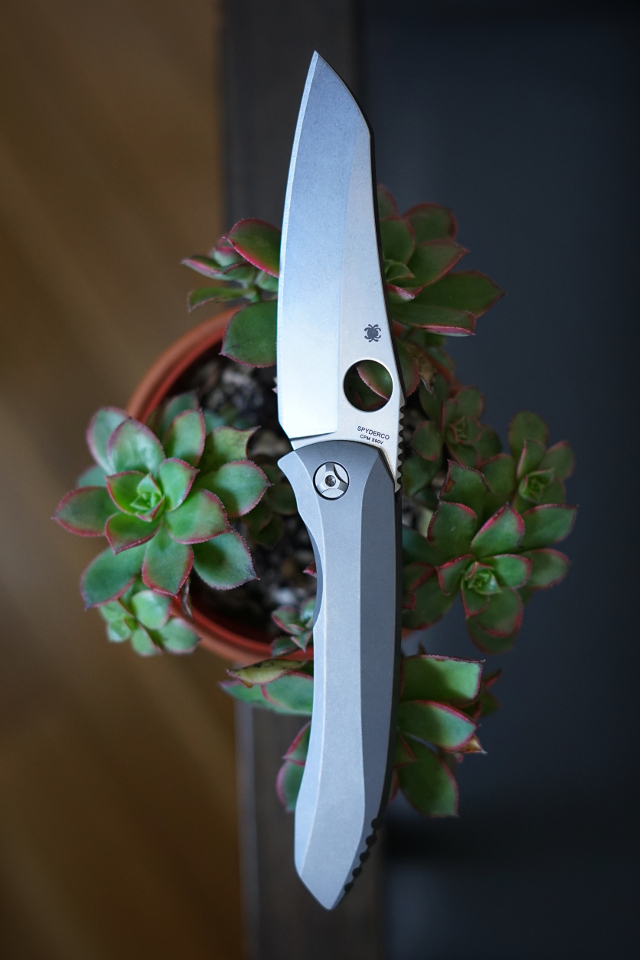 Hello! I chose the original techno for my photo submission. This knife has been a rad companion through out the years and has always seemed to find a solid spot in my daily carry! Love the design and materials on this guy! And it's sporting my favorite blade finish! A real gem from spyderco and one that will always get pocket time! Cheers!

My entry is of my DLT Exclusive M390 PM2 and one of the most fascinating creatures I've ever handled, a 4-4.5" long praying mantis. This one snuck into our house while unloading the car earlier this month, and after some convincing (their surprisingly quick), it stuck around for a few pictures.

This one is the best photo of the lot, and I appreciate the mantis for humoring me during the impromptu photo shoot. I also greatly appreciate Spyderco and DLT for re-running this exclusive PM2, since in an attempt at "financial responsibility," I opted out of the first run. Every time I would see one of these red PM2s was opportunity to kick myself for missing the earlier opportunity, but that has been remedied. 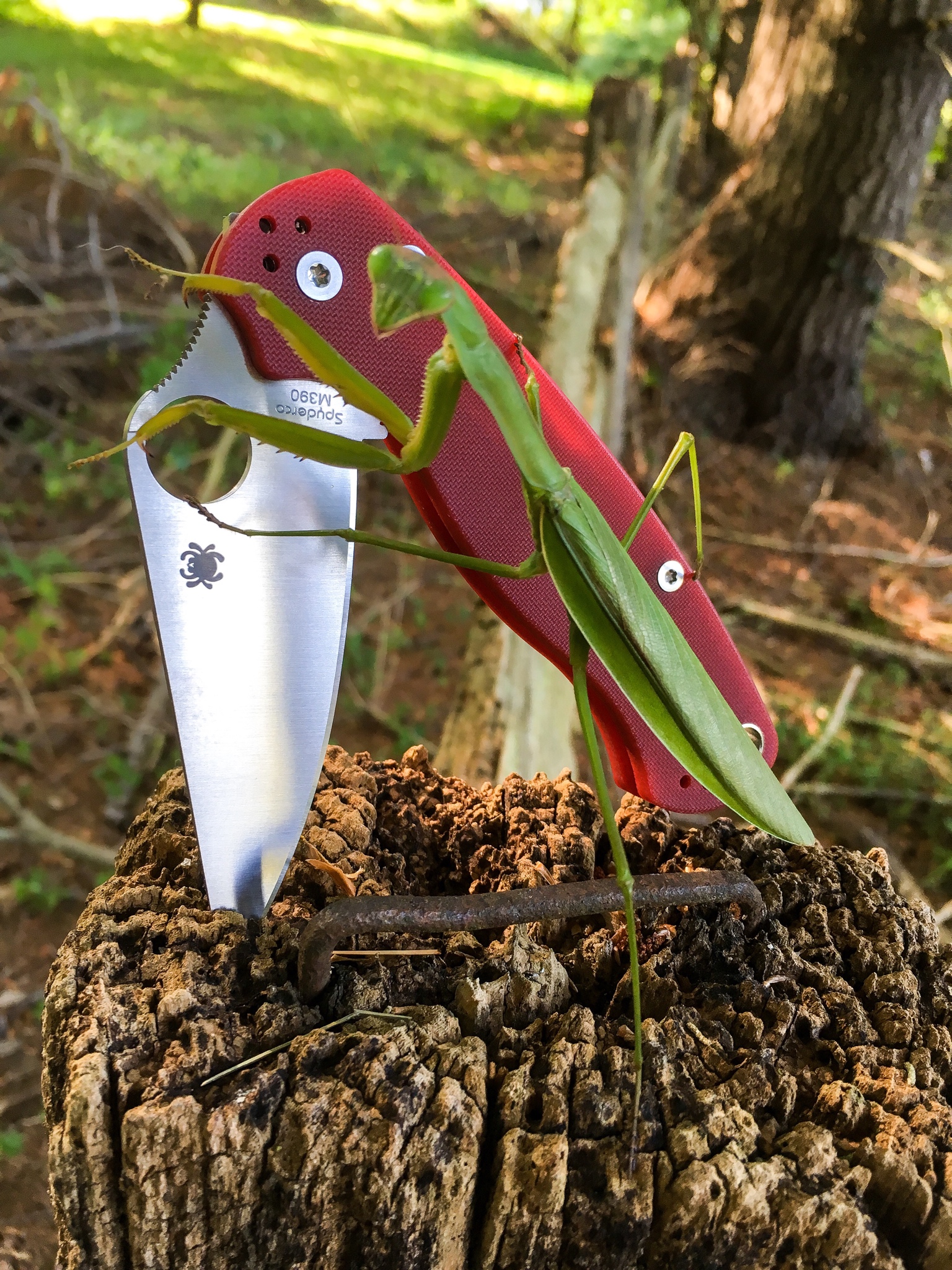