A place for you to post your pictures of Spyderco knives. Read Announcement before posting!
Forum rules
Post Reply
29 posts

Just touched up a lot of my knives and thought it'd be fun starting a thread where we show off our less than perfect free hand sharpening jobs.

Still working on the tip on that SE Pacific Salt. Going to flatten it a bit more before I'm done. 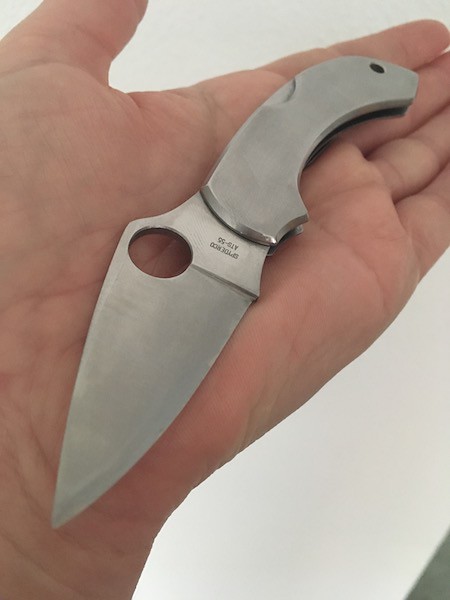 Lil'Nilakka sharpened with Diamond side on the Fallkniven DC4 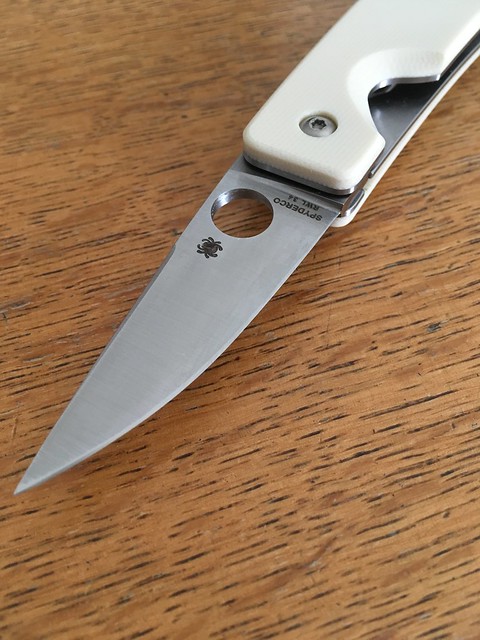 Received some new strops today; balsa with diamond compound in various grits.
Polished up my s30v Military's edge nicely. It's sharp enough for me now

There room for improvement as I 'only' sharpened on my stones up to 1500 grit.
But was too impatient to use the new strops

Both freehand, as are most of my knives... That looks like it slices very nicely. Are you planning to keep it polished like that or are you going to build up a patina over time?

I'm still figuring out the best angle for my CTS204P Military. I take it down a bit thinner every so often, as long as it holds up to everything I cut without chipping. So far so good.

My old CPMD2 Military had one of the thinnest angles I've used on an EDC. Cut great and never took any edge damage. I've never seen a Millie taken to a thinner edge angle.

I may pick up an M4 Military some day. I miss having one with a patina.
Top

Thanks Vivi, yes it's an excellent slicer! That picture was taken after I removed the natural patina recently. The new patina is developing nicely.

My 204P one has the same edge. I also have a Gen 1 M4 Military and a few Superblues that are slightly thinner. All of them have 15dps micro bevels, and have not taken damage during normal use, but I avoid careless use and hard knocks.

That D2 Military looks like it means business, but that’s too thin for my liking. I run micro bevels to increase the saftey margin a bit without taking too much away from the cutting efficiency. I will be super annoyed with myself if I put a huge chip in a sprint run that took me hours to thin out.

Nice thin edges Vivi and Brock O Lee! Here are some of mine: 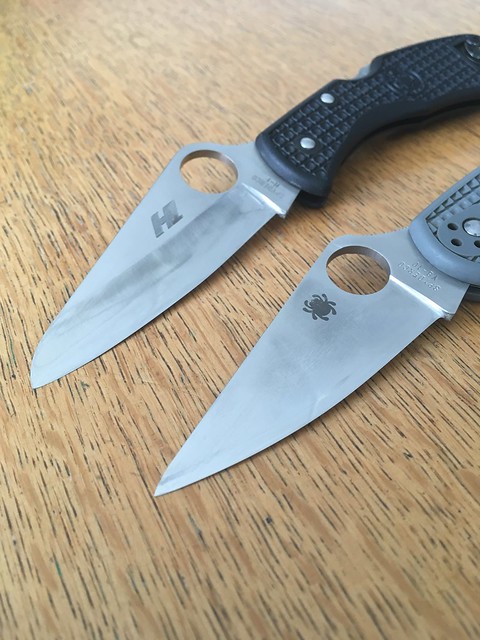 J D Wijbenga wrote:Nice thin edges Vivi and Brock O Lee! Here are some of mine:

Those look good! I really like the Salts for EDC once they're thinned out. The lower knife (delica?) looks like it'd zip through cardboard effortlessly

Here is a ZDP189 Caly Jr taken to extremes: 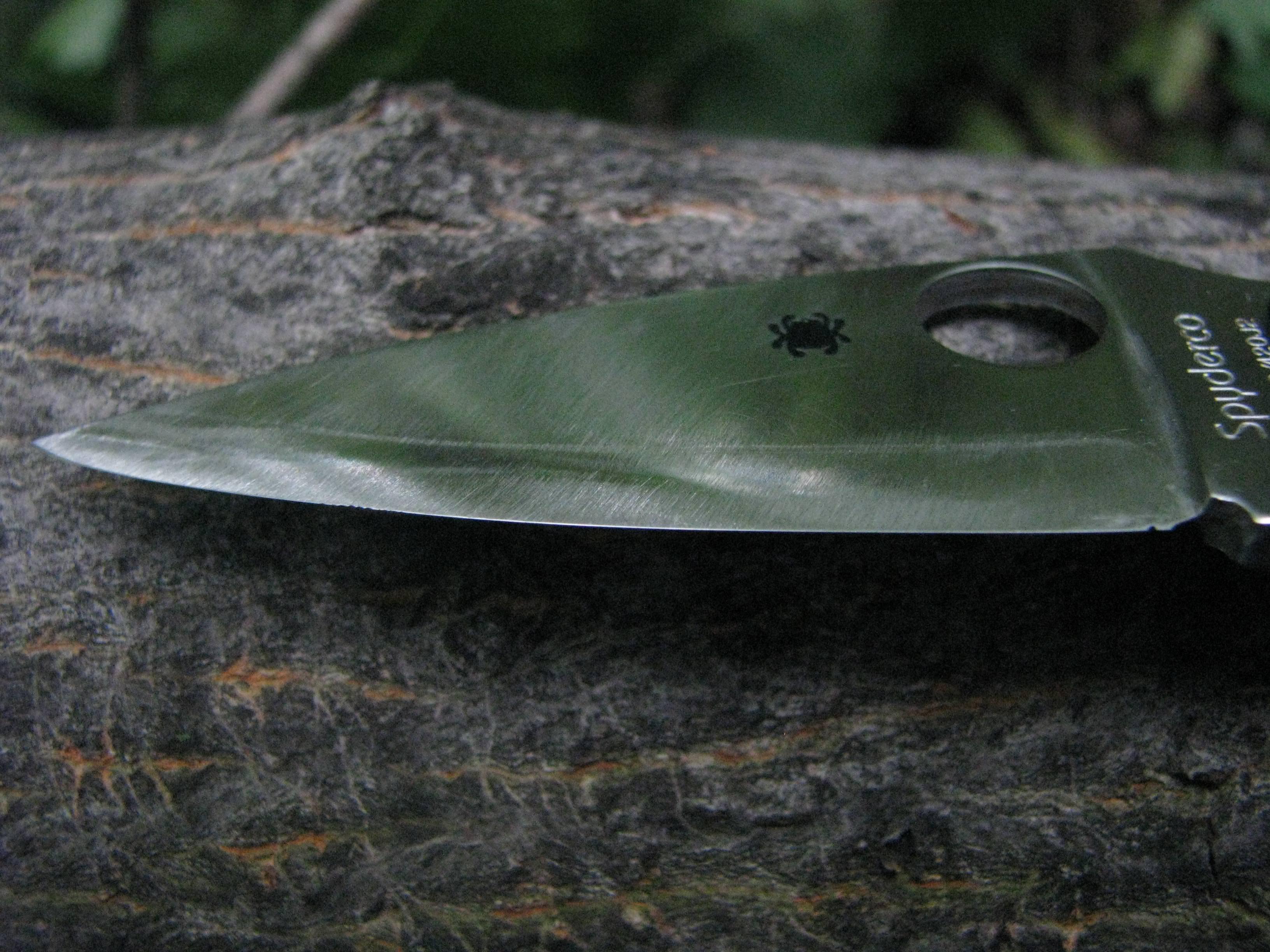 J D Wijbenga wrote:Nice thin edges Vivi and Brock O Lee! Here are some of mine:

Those look good! I really like the Salts for EDC once they're thinned out. The lower knife (delica?) looks like it'd zip through cardboard effortlessly

Thanks! Have not much used the Salt but the Delica has proven to be an excellent edc cutter!

Here is a ZDP189 Caly Jr taken to extremes:

That looks like it will cut very well! I have not seen ZDP take that thin before. Good stuff!
Top

Two Slip-its I thinned out. Used an x-coarse DMT and Fallkniven DC4. Pretty happy with the results! :-) 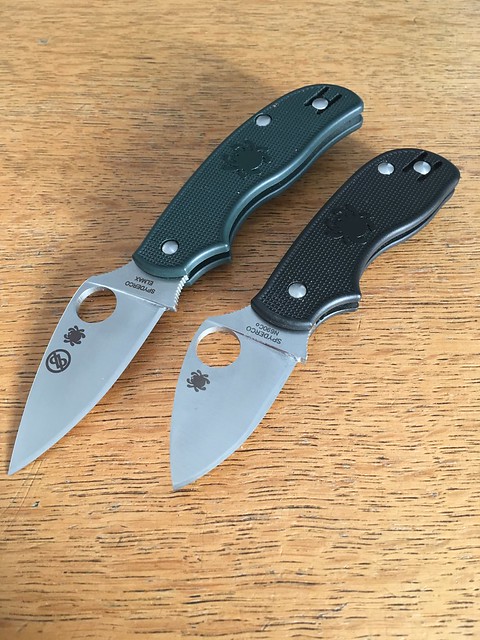 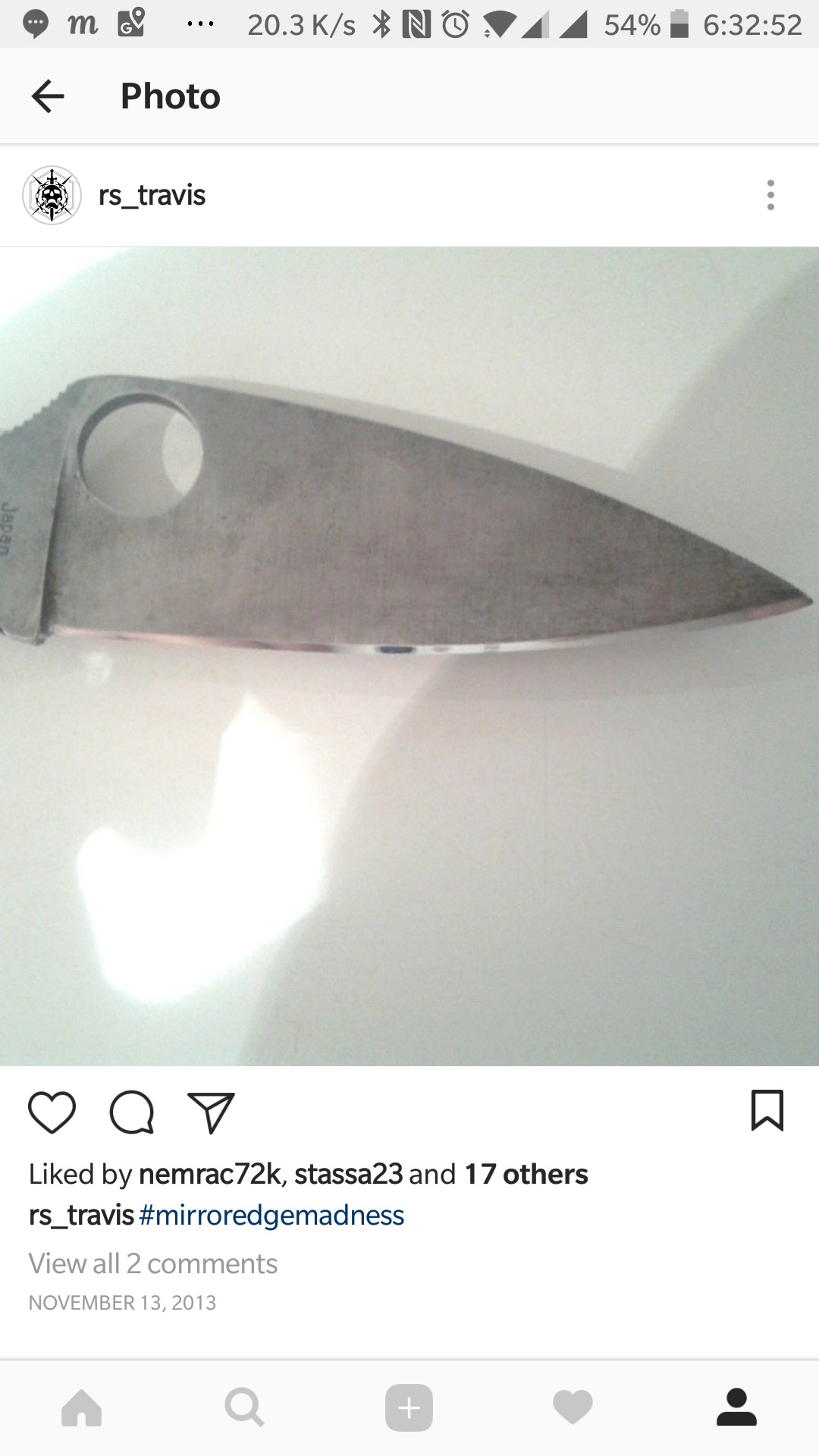 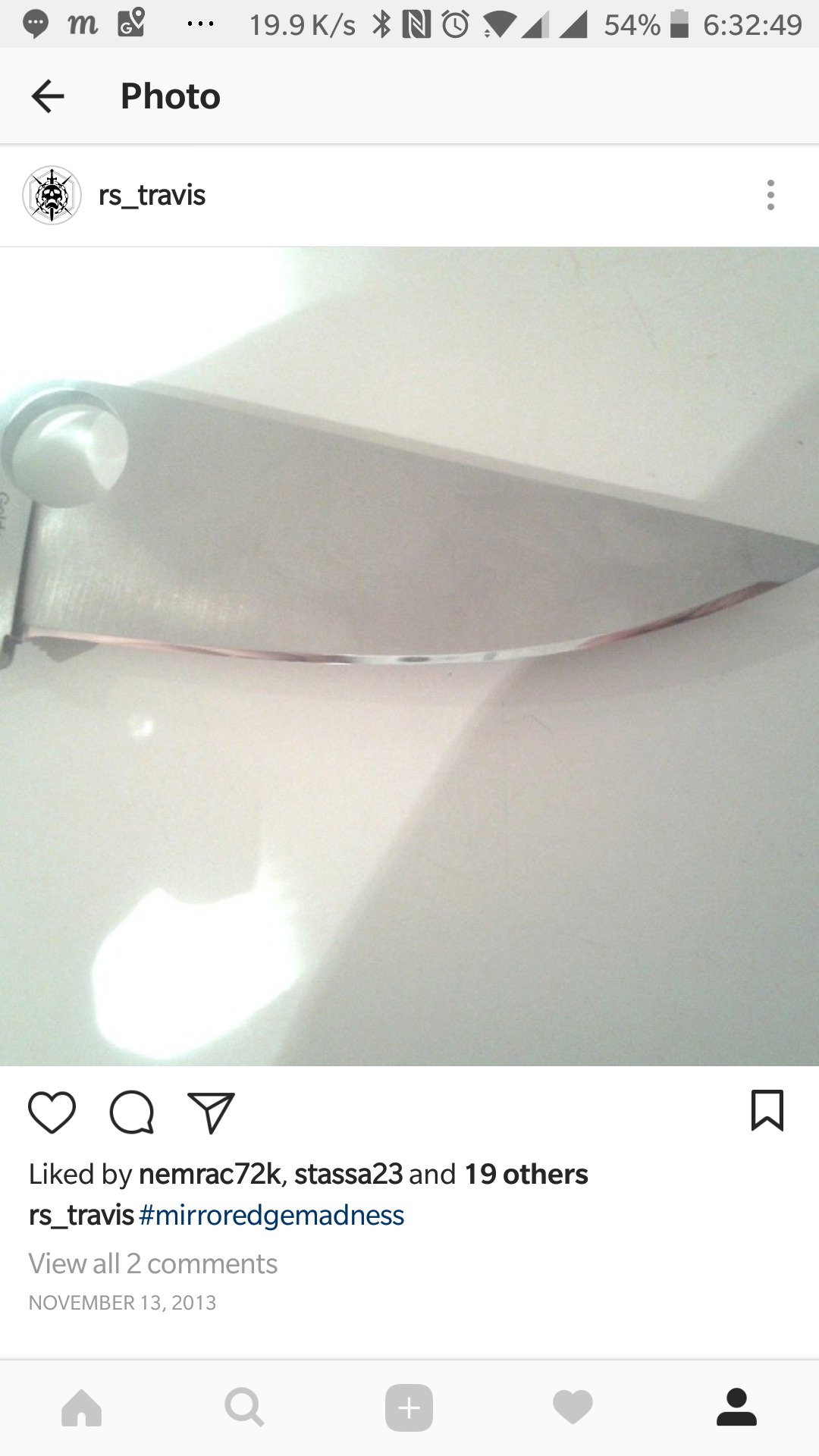 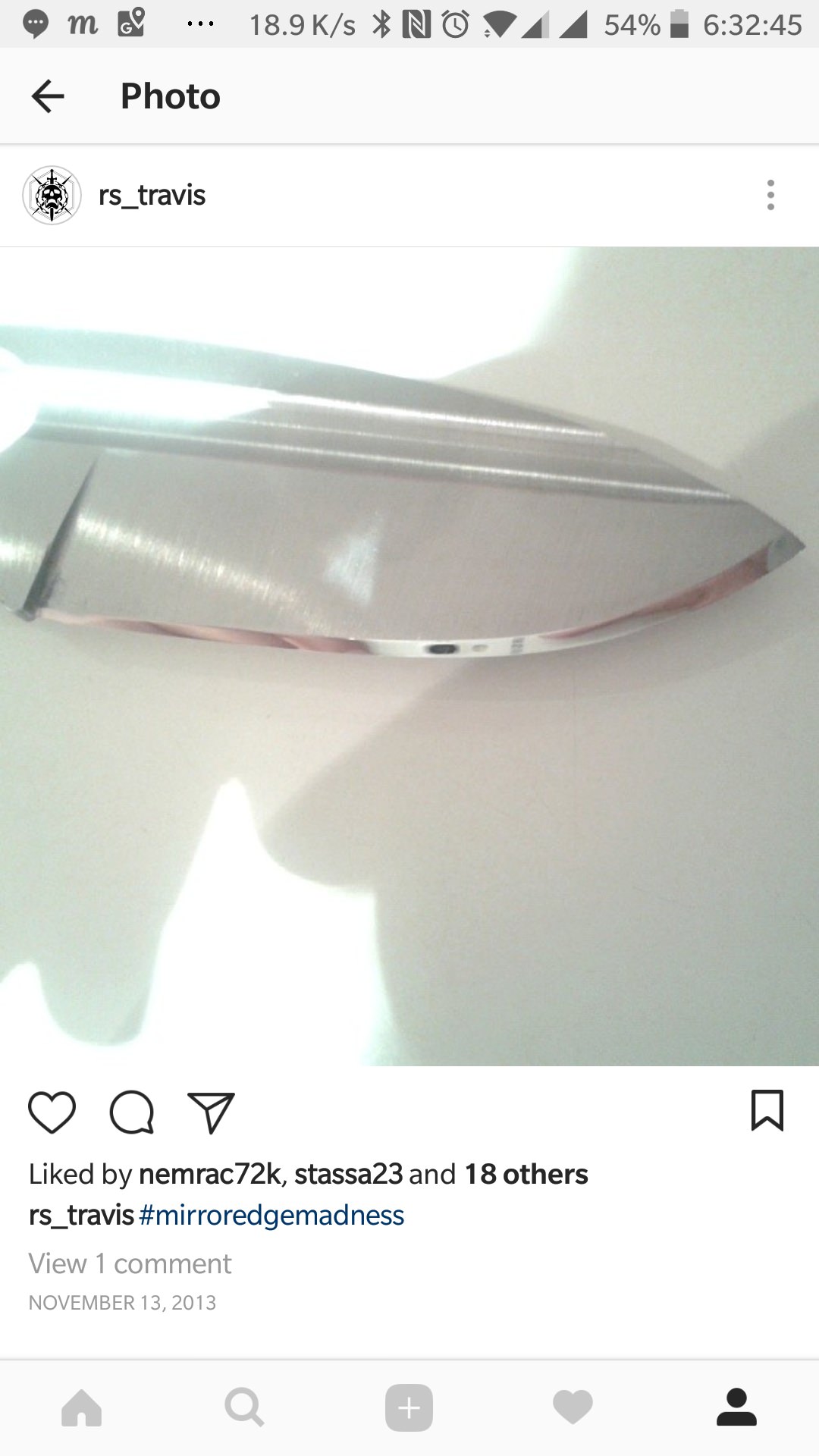 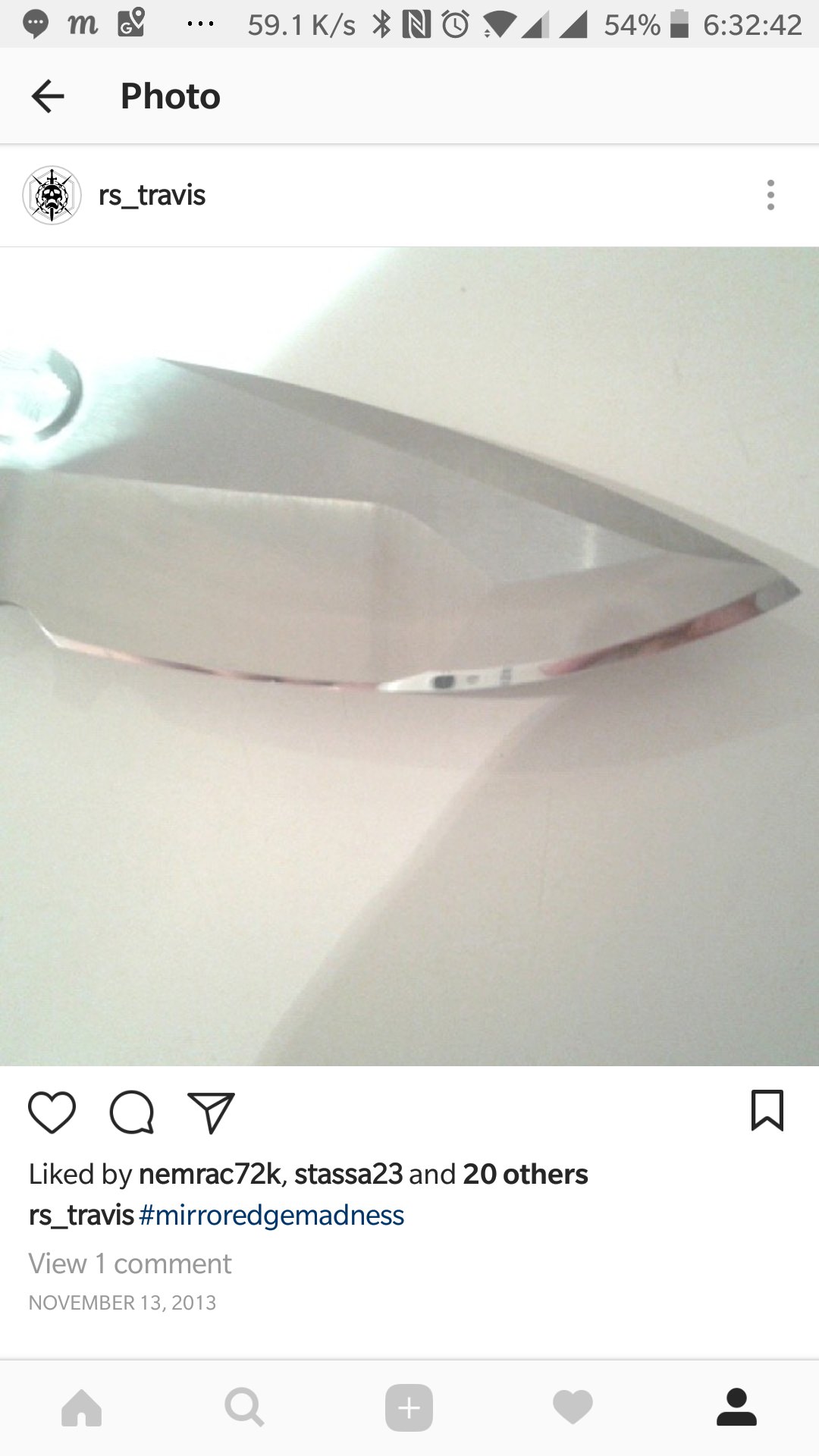 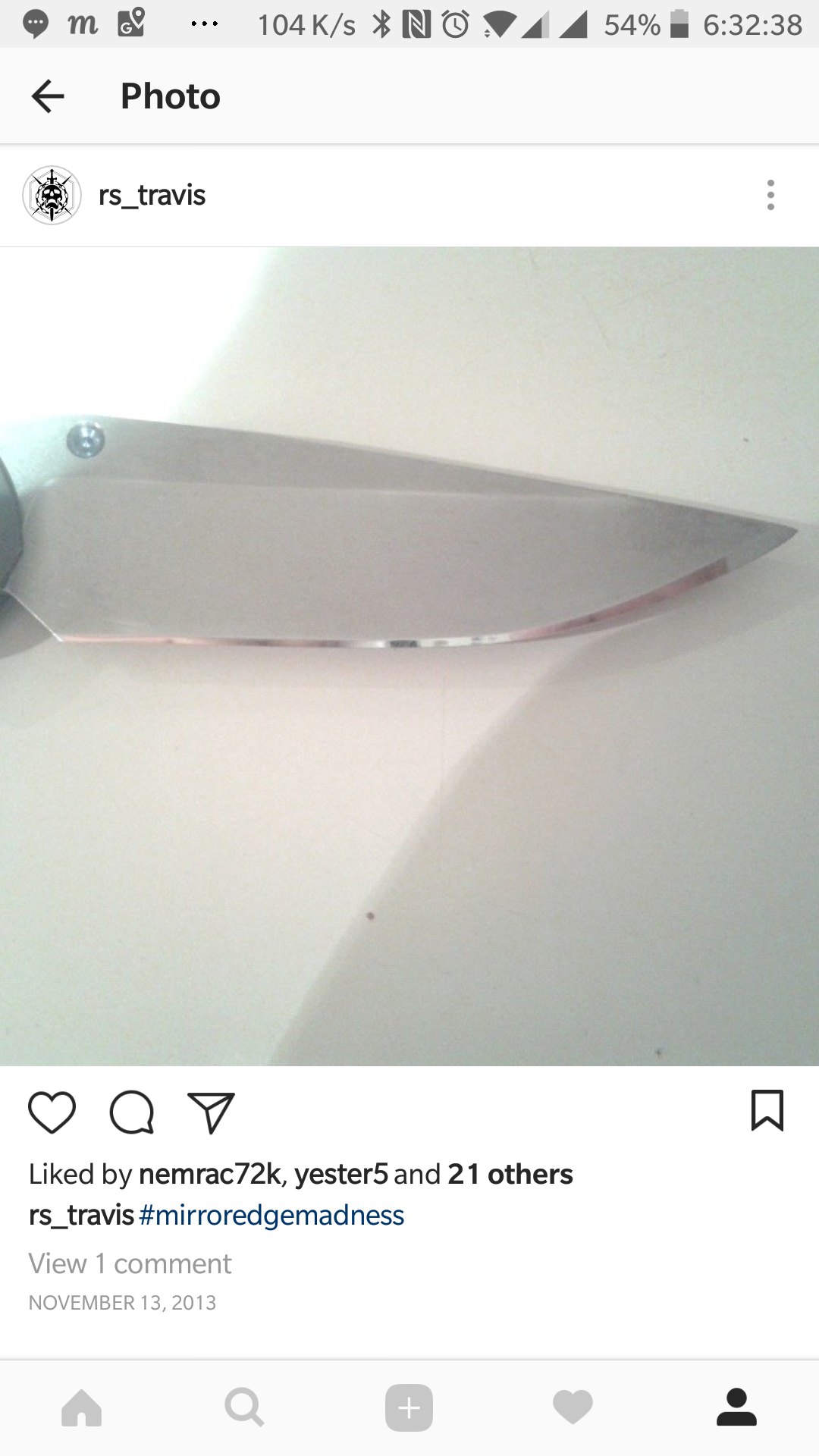 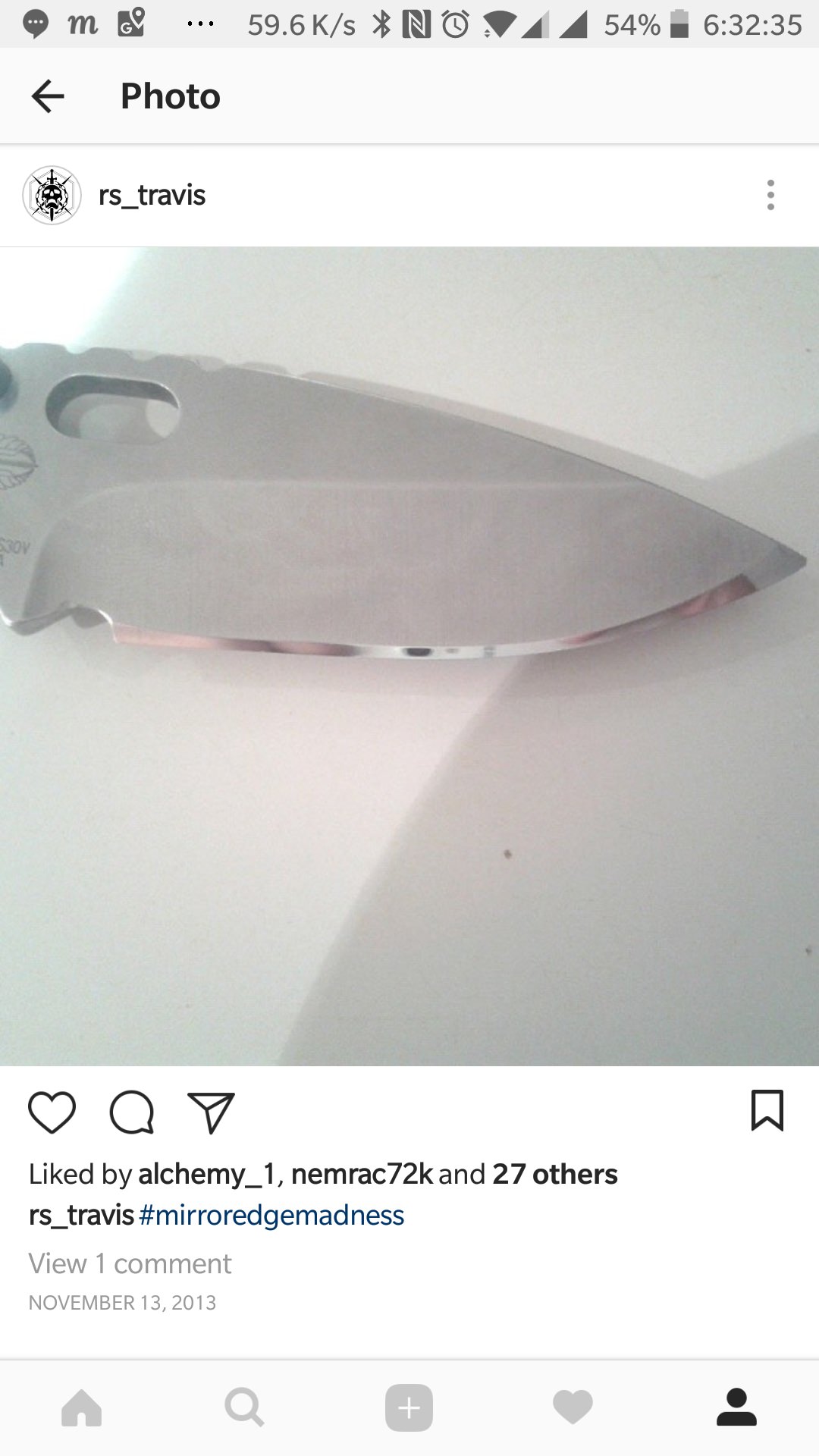 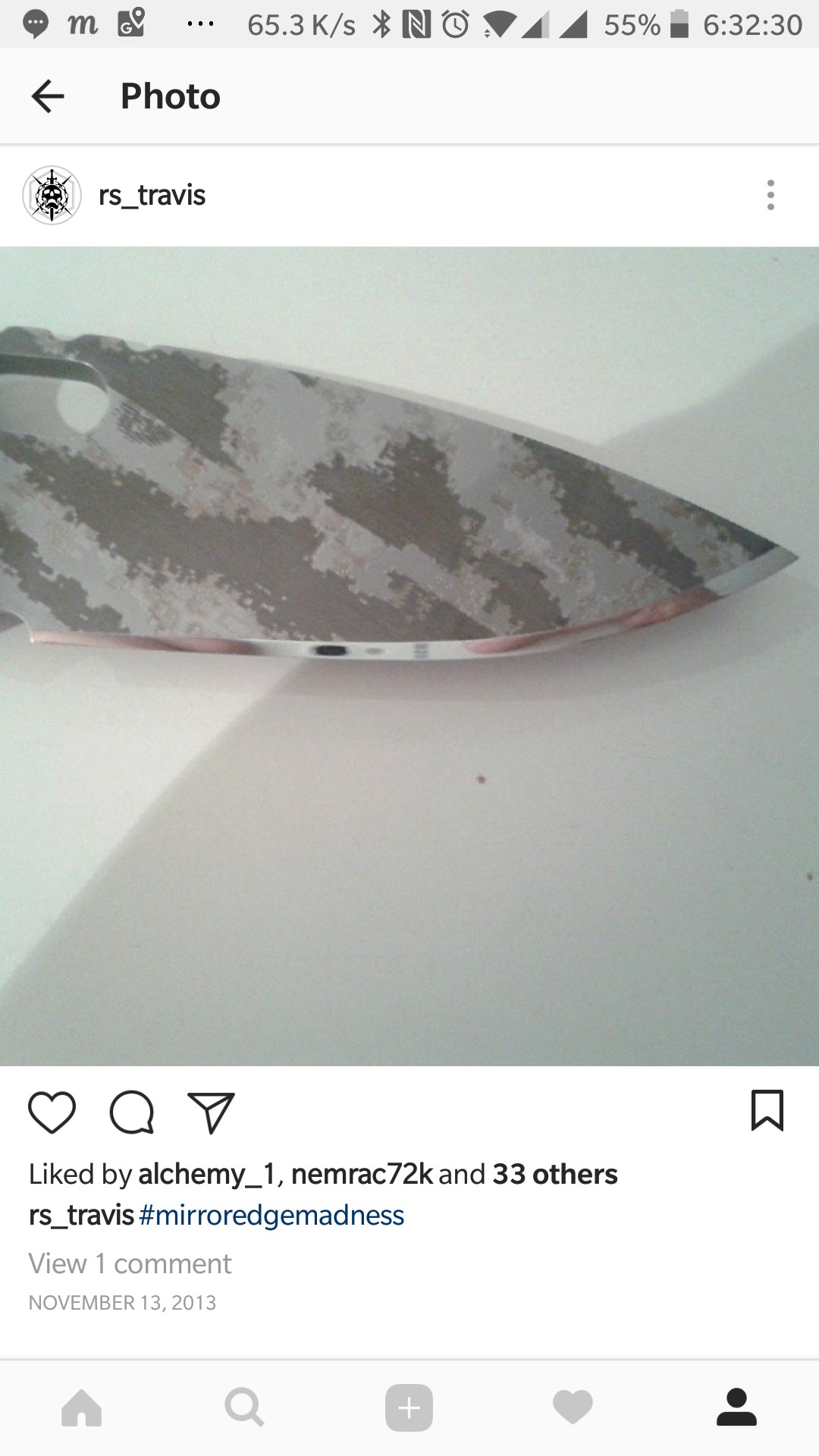 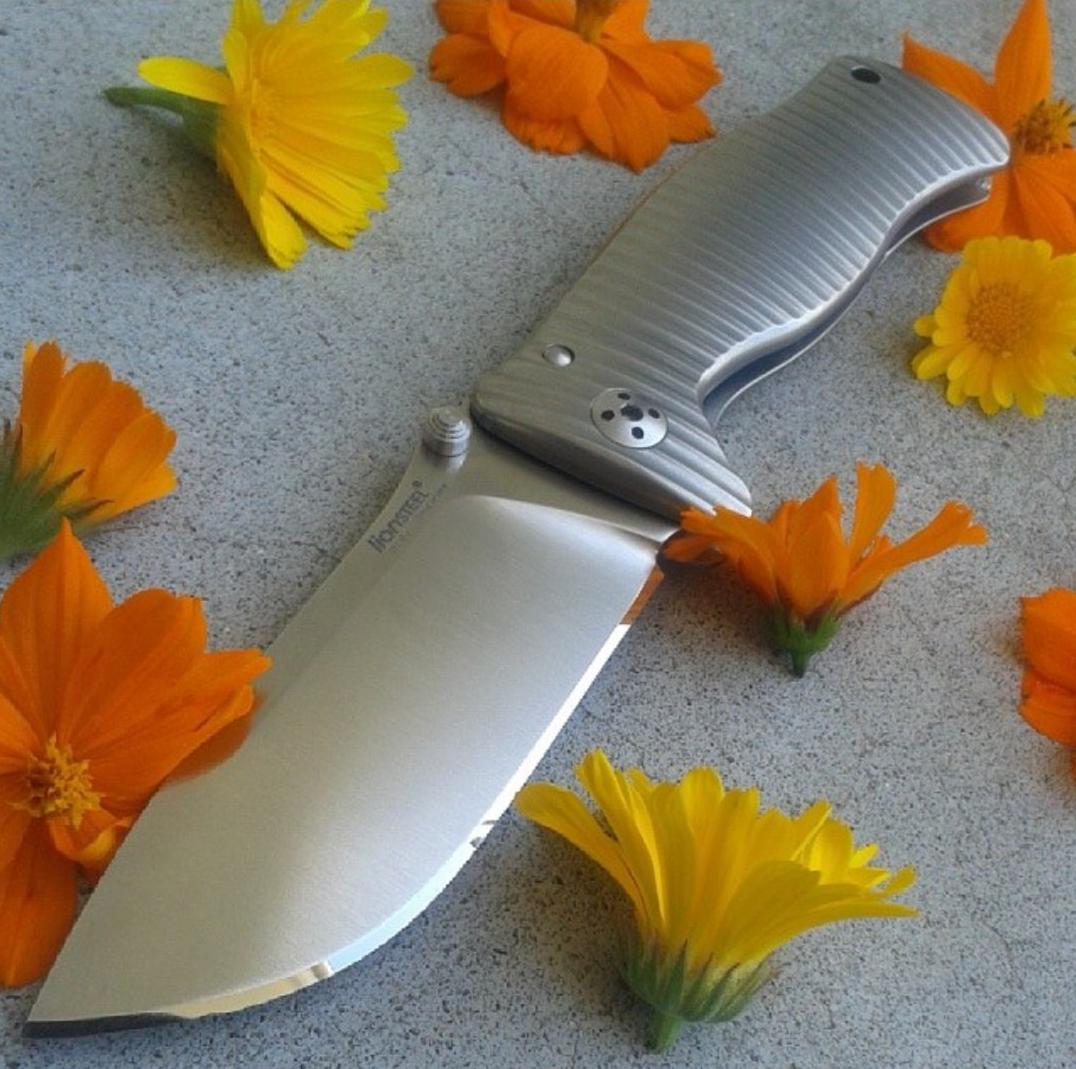 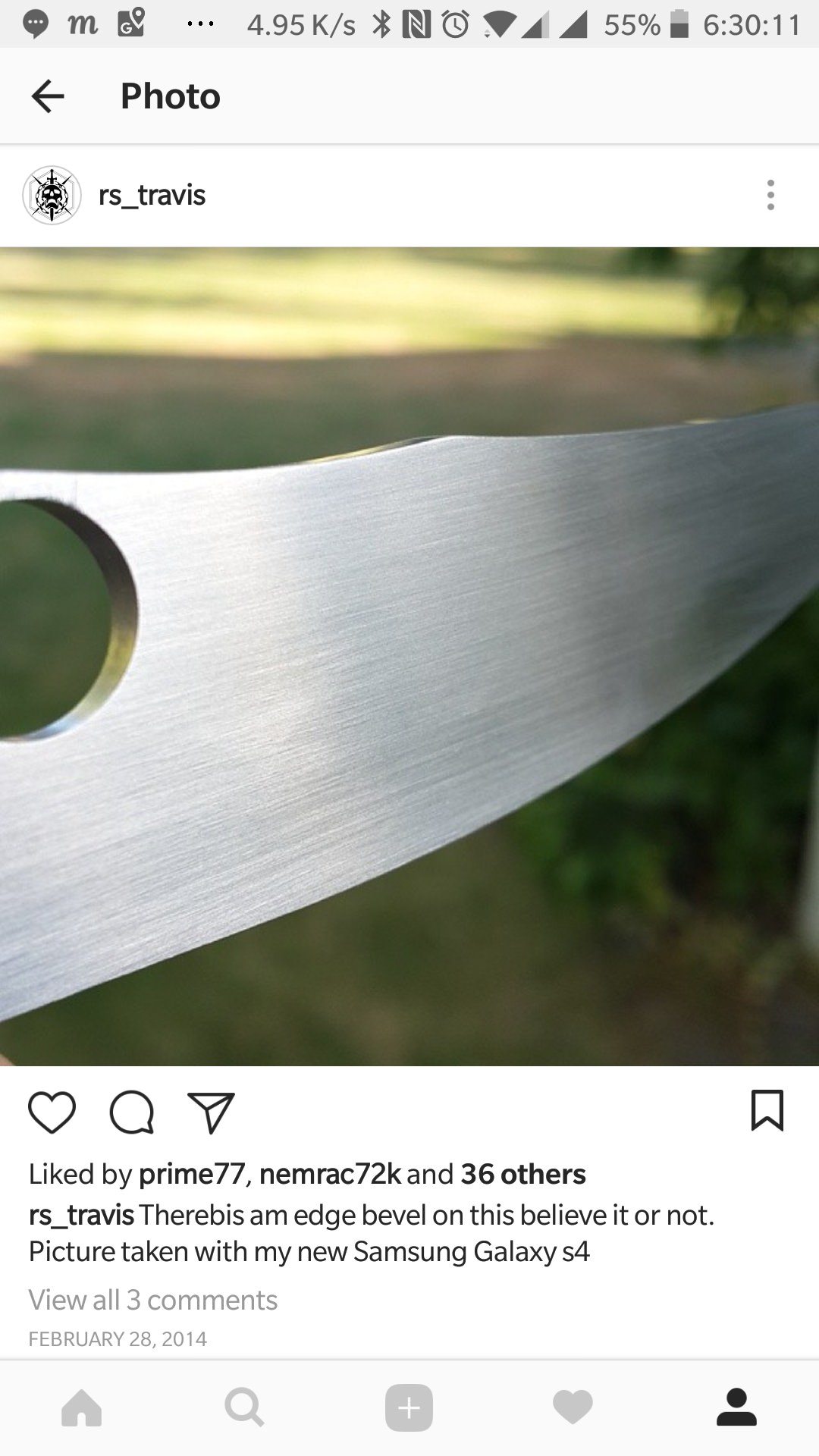 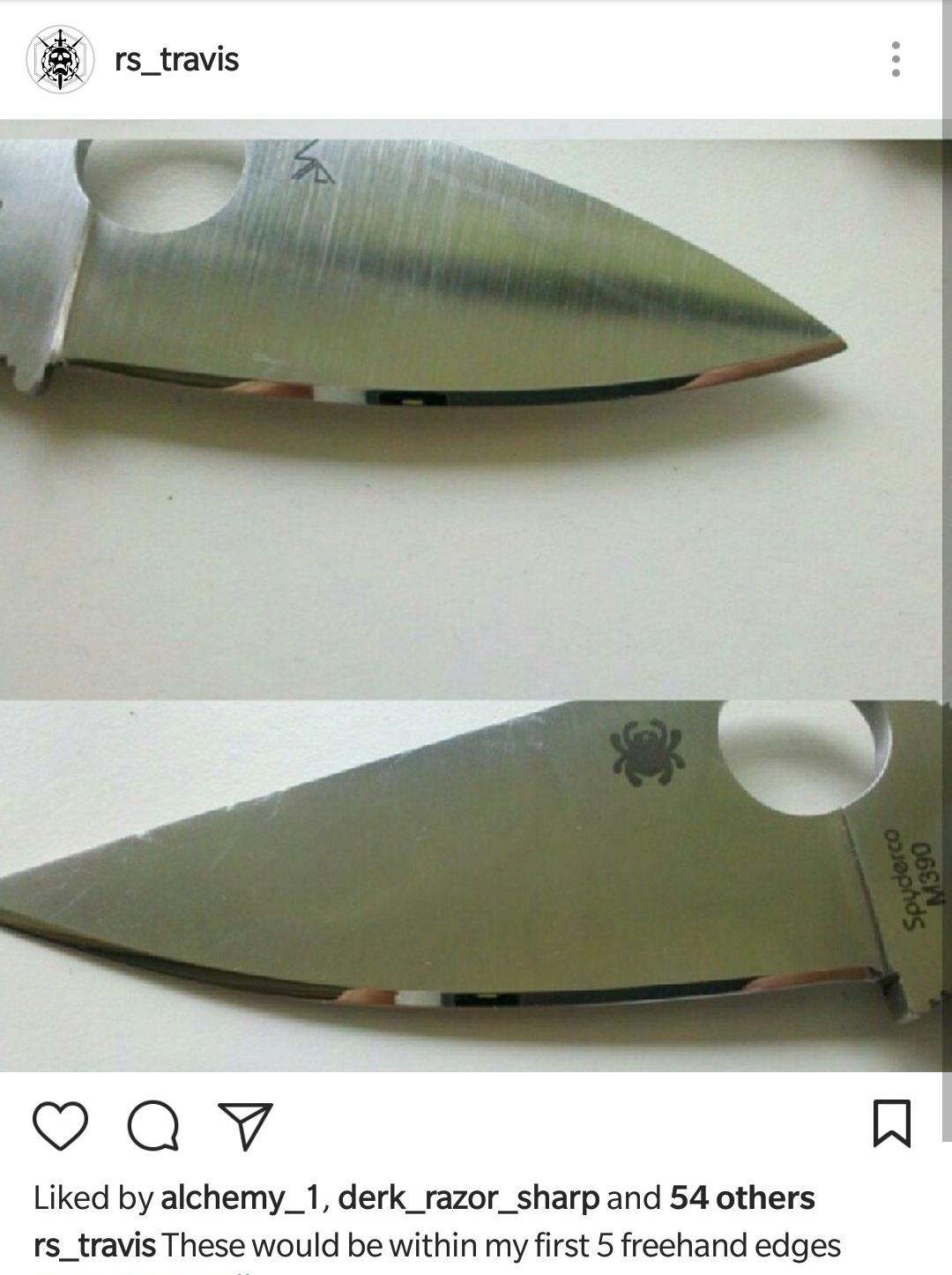 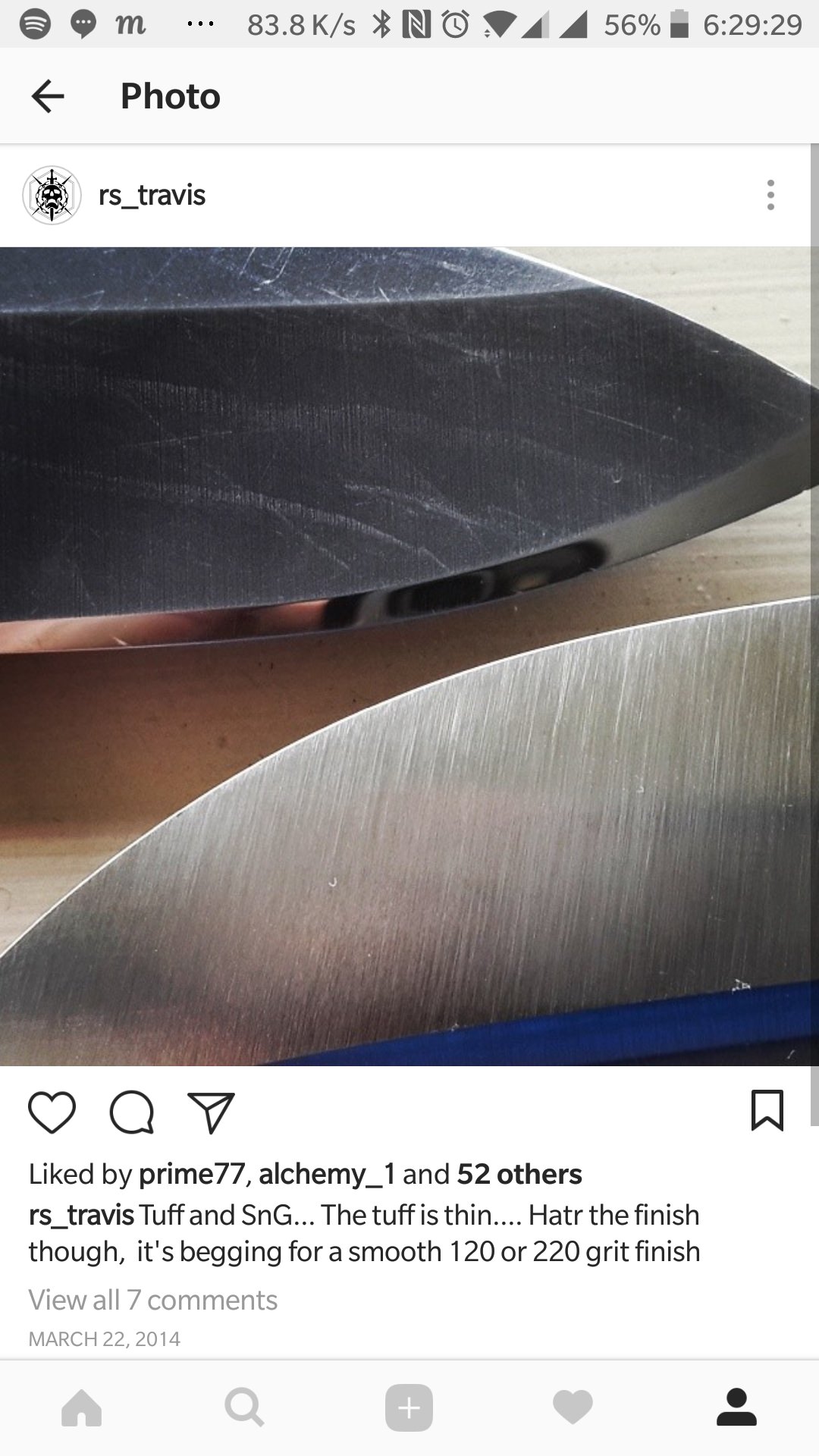 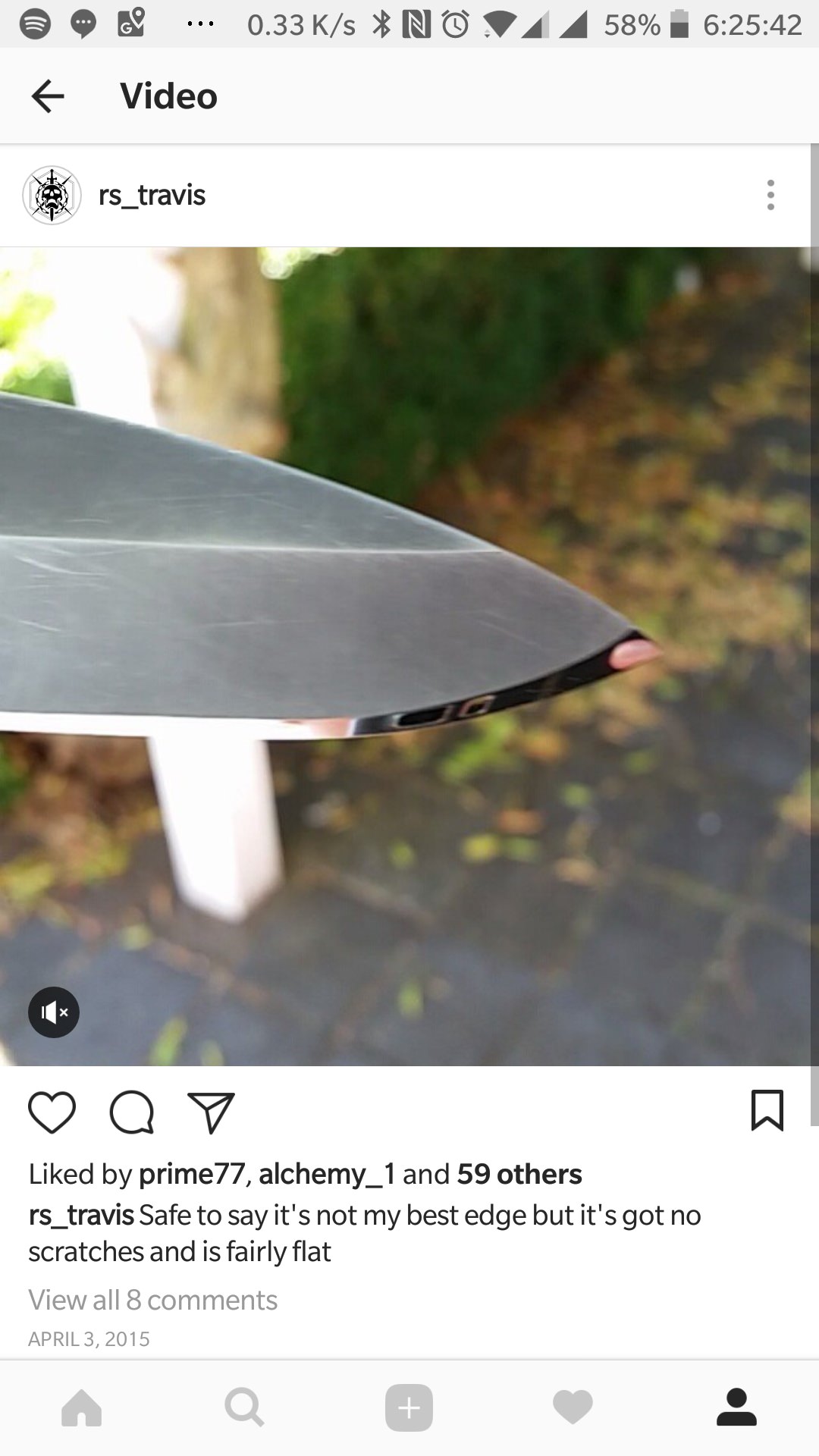 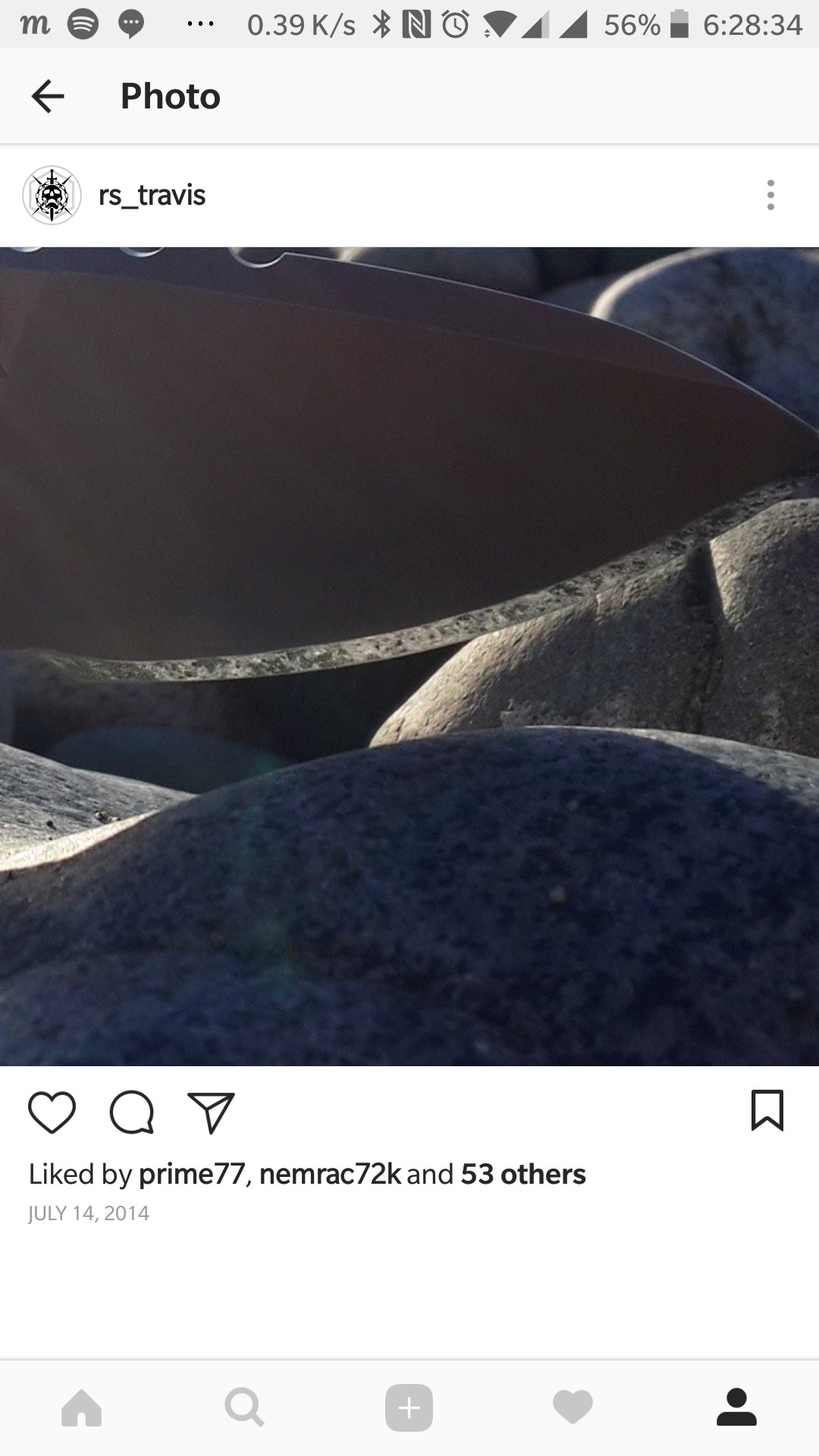 Great to see you around Travis.

Great to see you around Travis.

Cheers Landon. Can't wait to post pics of edges done with my Shapton glass stones. I have half of them and the rest are waiting for me at the PO
Top

ZDP189 Endura converted to scandi grind. The edge held up just fine to chopping and batoning.

S30V UKPK converted to zero convex grind (The edge chipping was from intentional abuse, this edge angle was stable under EDC cutting)

I had to grind my ZDP189 Caly Jr this thin before I saw edge damage carving into knotty hardwoods.

An old Izula with a nice and wide bevel

Native 1 converted to zero saber grind, then gave it a microbevel. First time I attempted the zero grind conversion, you can see my technique was off near the ricasso.

Cara Cara 1 converted to zero saber grind, then given a not-so-micro bevel

Police 3 back when it had a slightly thicker edge than it does now. It's been in and out of my pocket for a decade with no chipping, despite frequently using it to hack and chop at overgrown trails.

Current state of my PE Aqua Salt. I chop and baton and pry chunks of wood off fallen logs with this knife with no second thoughts.
Top

How do you full grind and yet still having the bug intact? I don’t have belt, only stones, tips will be appreciated!

Did the Endura (below 30° inclusive, free hand) 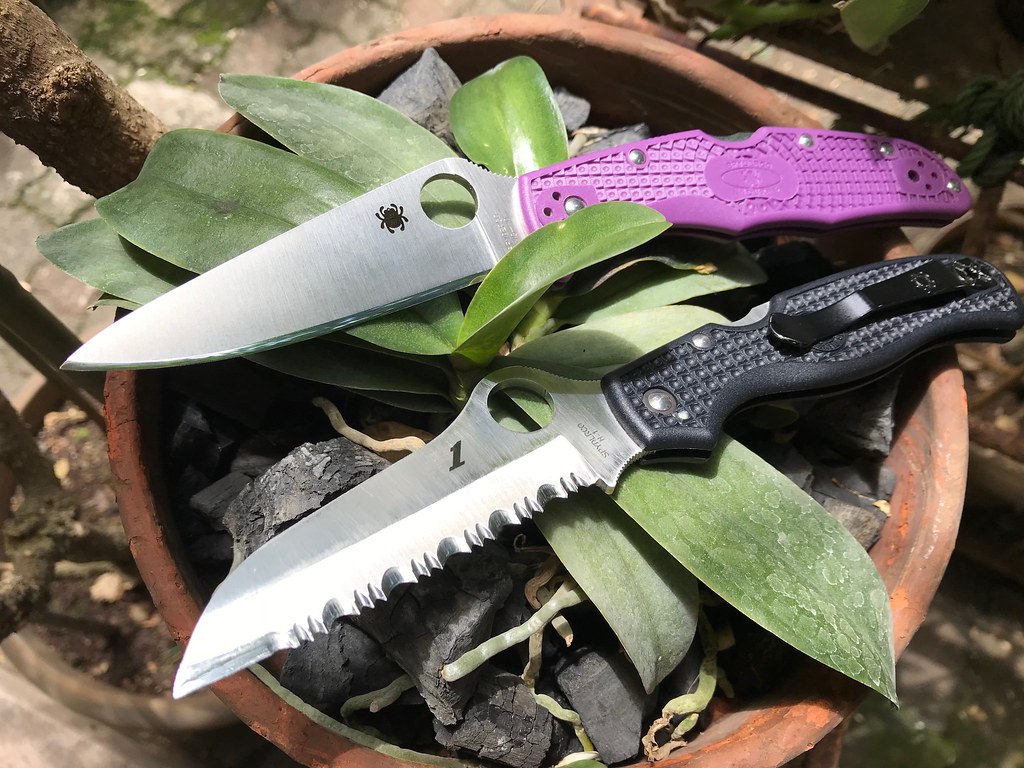 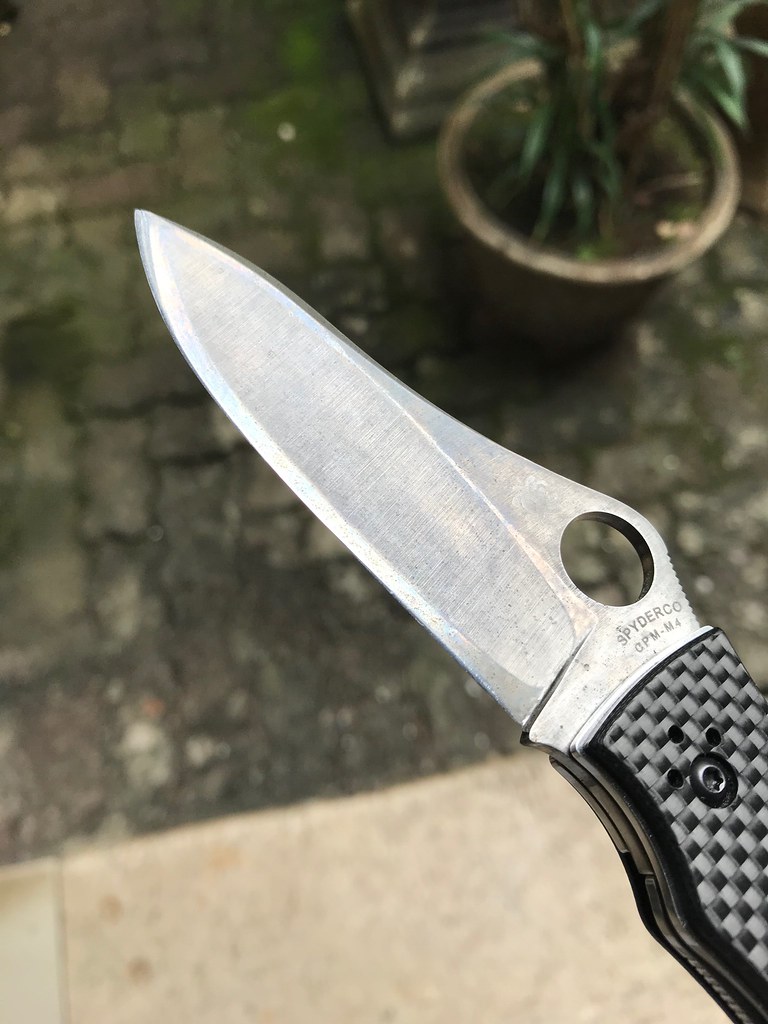 And my attempt on Manix ... 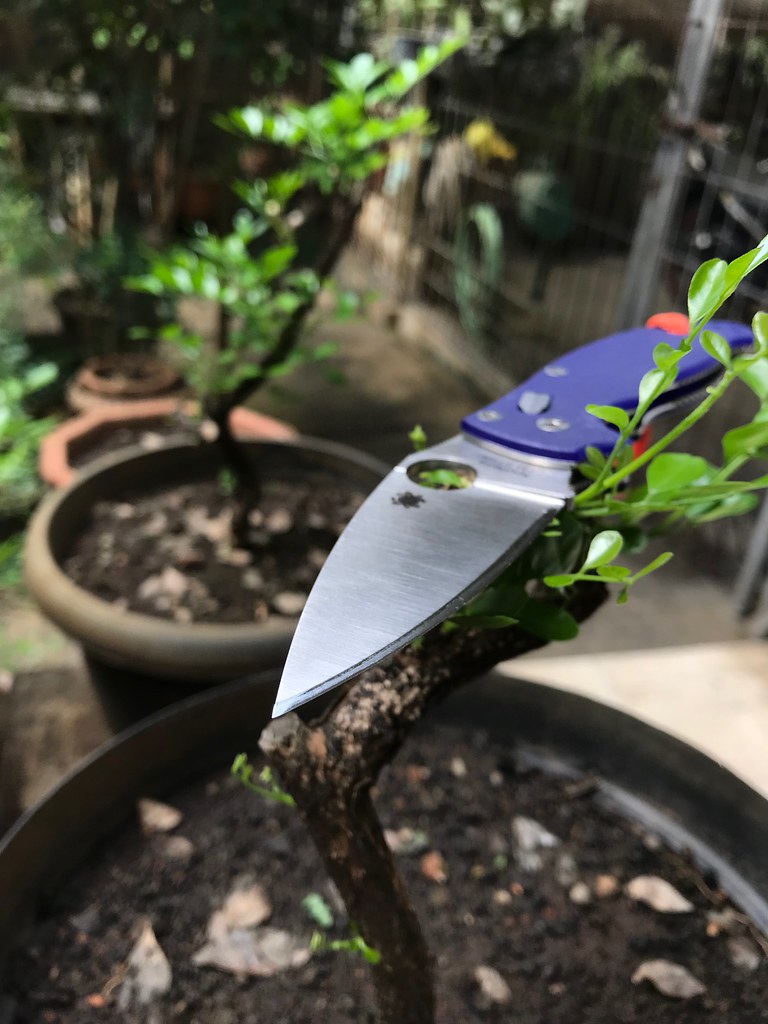 anagarika wrote:
How do you full grind and yet still having the bug intact? I don’t have belt, only stones, tips will be appreciated!

Did the Endura (below 30° inclusive, free hand)

And my attempt on Manix ...

I used a sandpaper and mousepad setup for the UKPK. I used to put convex bevels on all my knives, but switched back to V bevels for convenience.

Thanks for tips. I don’t have the sandpaper coarse enough for reprofiling. Probably one day I have courage to go there