A place for you to post your pictures of Spyderco knives. Read Announcement before posting!
Forum rules
Post Reply
213 posts

I haven't handled the rock but is the double grind on the rock H1 on the rock ? The pictures look like they are different this might just be that they are of one side.
Top

Bladekeeper wrote:I haven't handled the rock but is the double grind on the rock H1 on the rock ? The pictures look like they are different this might just be that they are of one side.

Bladekeeper wrote:I haven't handled the rock but is the double grind on the rock H1 on the rock ? The pictures look like they are different this might just be that they are of one side.

The Rock is mostly flat ground, while the Rock Salt is the one with the Saber Grind.

In the picture he posted, you can see the H1 on the side of the Rock Salt. The H1 steel is what really makes it a "Rock Salt". The Saber Grind is just a result of the difficulty of Flat Grinding the H1 steel.
-Brian
A distinguished lurker.
Waiting on a Squeak, Pingo, and Cliptools with a Split Spring!
Top

Unboxed my Spyderco Enuff clippoint today, and I could not be happier. This knife really looks like it is made for my hand, best ergonomics on a Spyderco I felt so far.

That’s good enough for me. 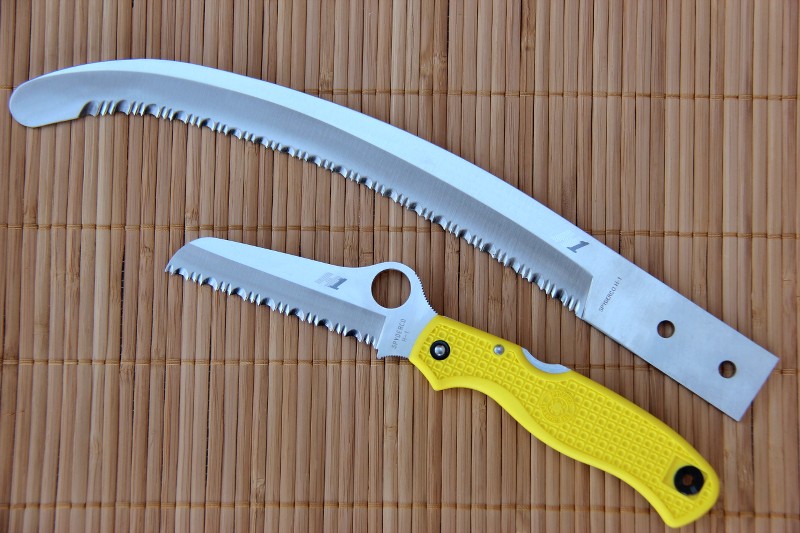 Reject wrote:It’s a big chuck of H-1 steel.
It’s made by Spyderco.
And it’s fixed.

That’s good enough for me. 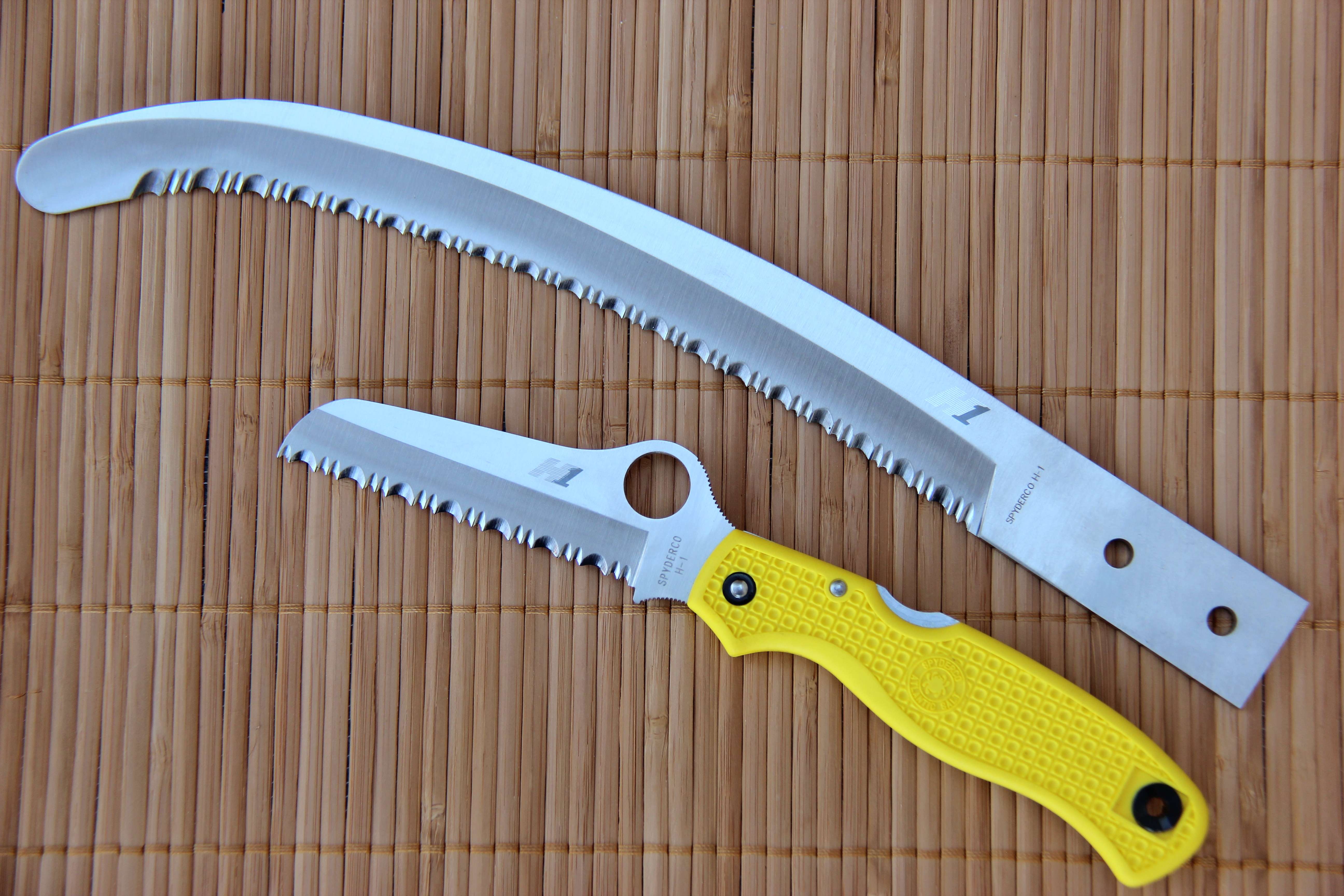 One of those whale rescues with a pivot system attached via two bolts and a long string welded against a slice of steel .
This is going to be the next project I get done for somebody who needs a lopper to trim hard to reach fruits on their farm although I won't be doing it.
I have a similar one on a pole now but with that whale blade this will put it to shame.
Top 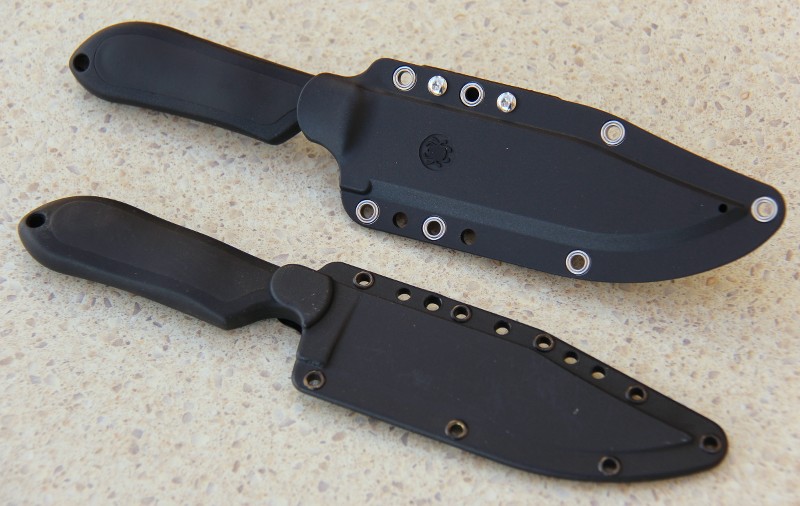 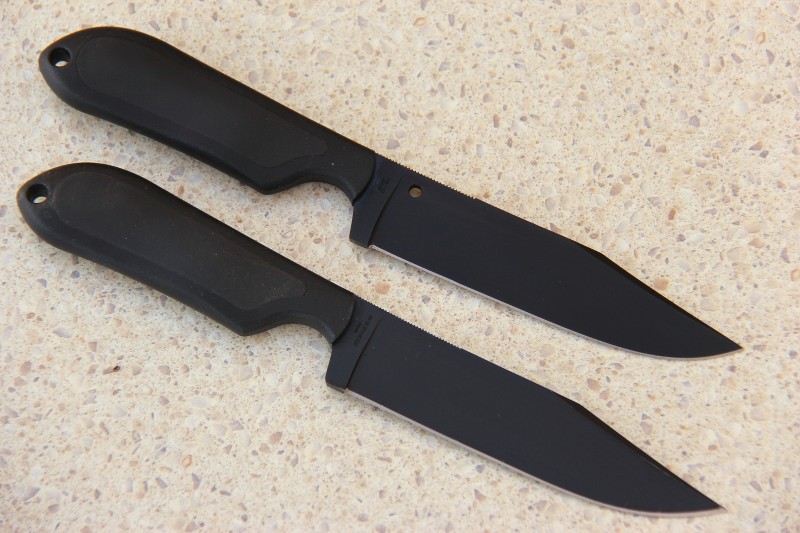 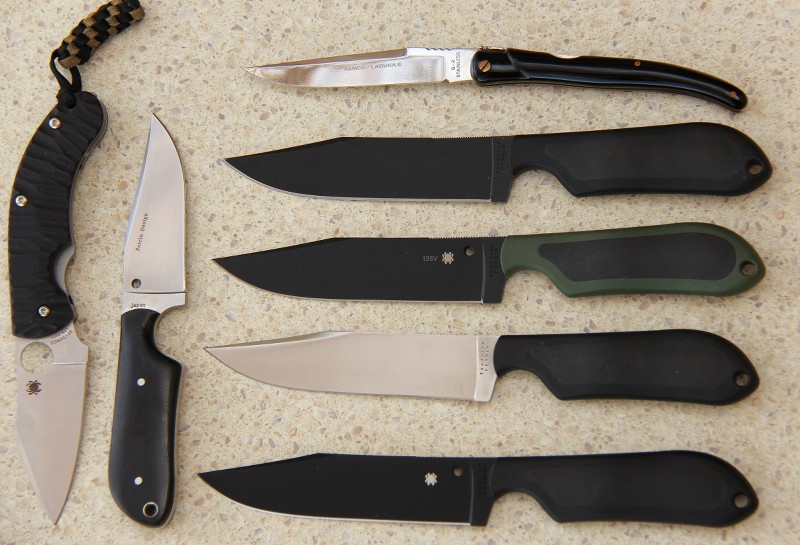 Great thread... love seeing all those Spyderco fixed blades.
My wallet tells me to stay away... the bushcraft has been calling my name ever since I held one.

I don't mind going nowhere, as long as it's an interesting path. - Ronald Mabbitt
Top The street beat top one ? Would so suit a Hamon IMO .
Top 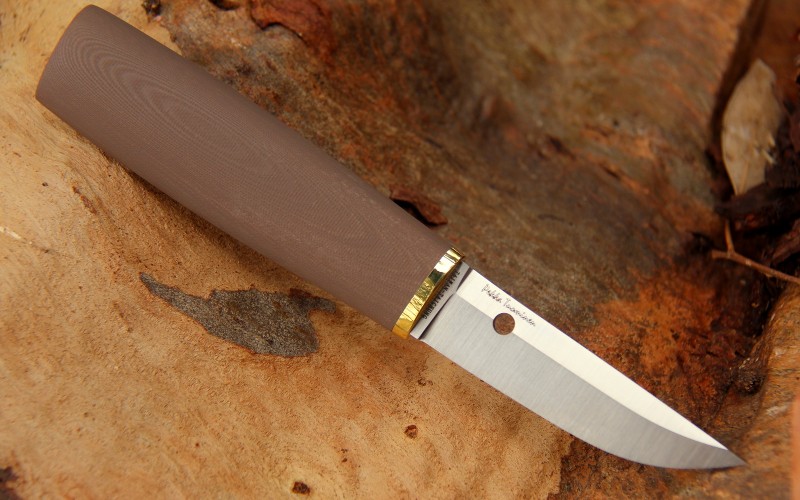 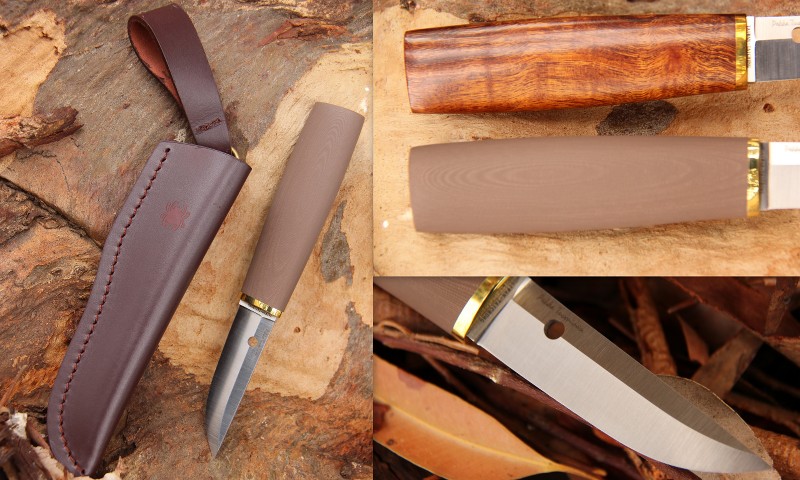 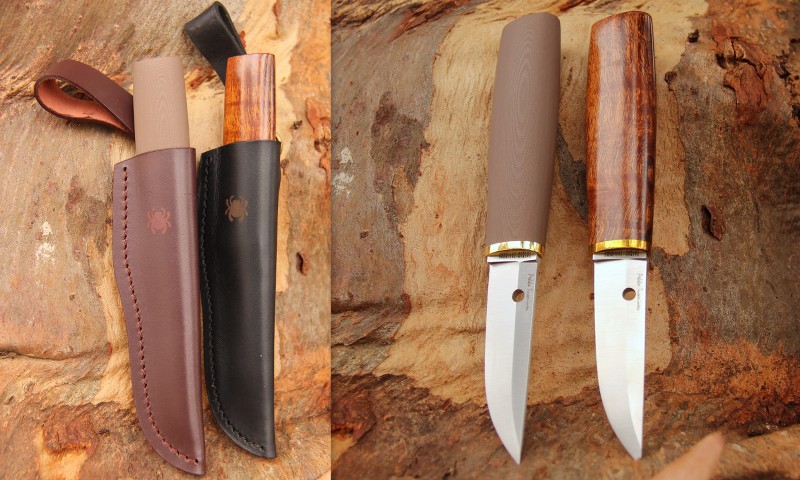 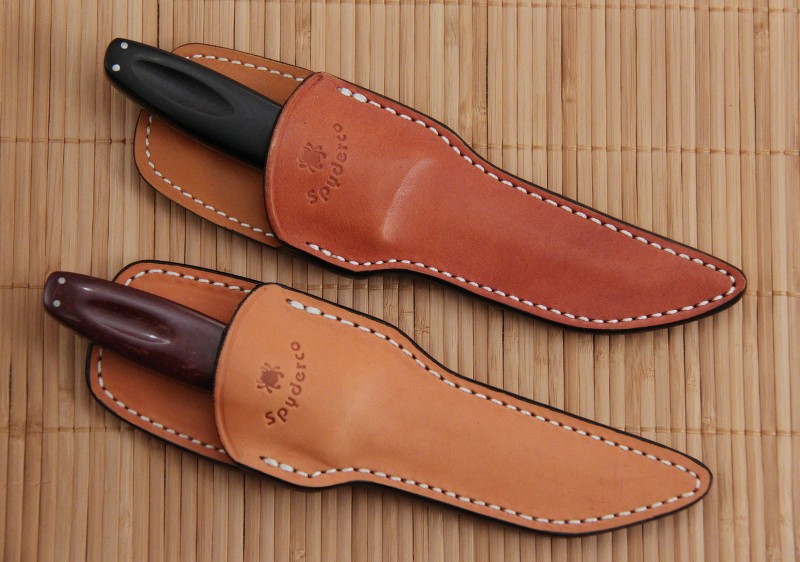 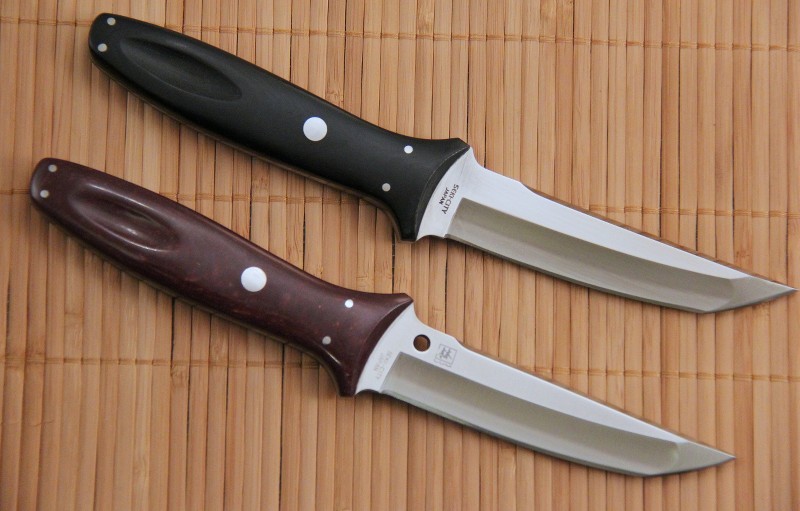 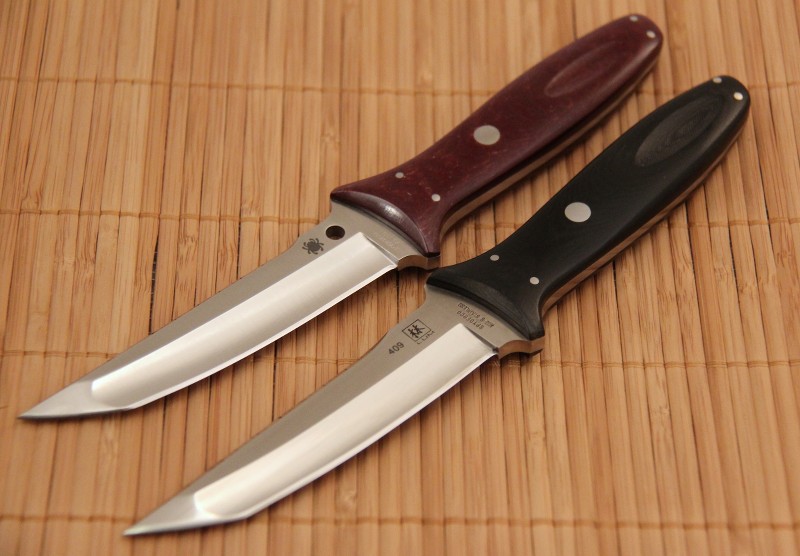 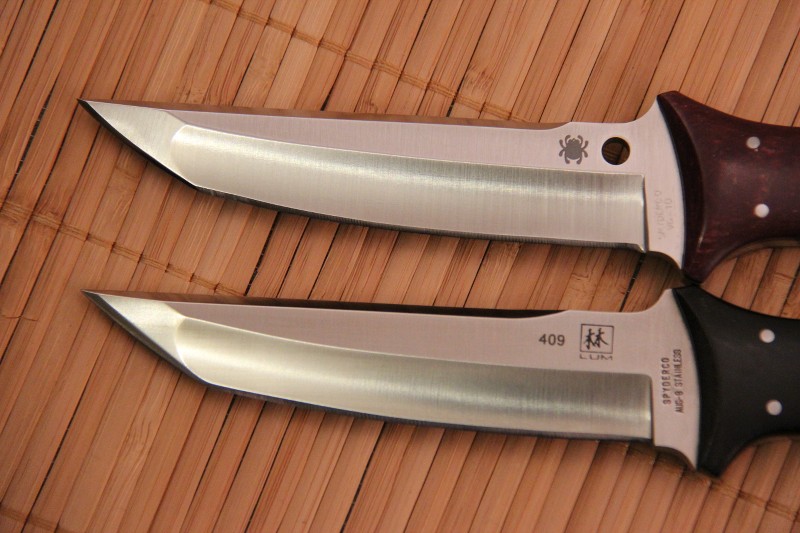 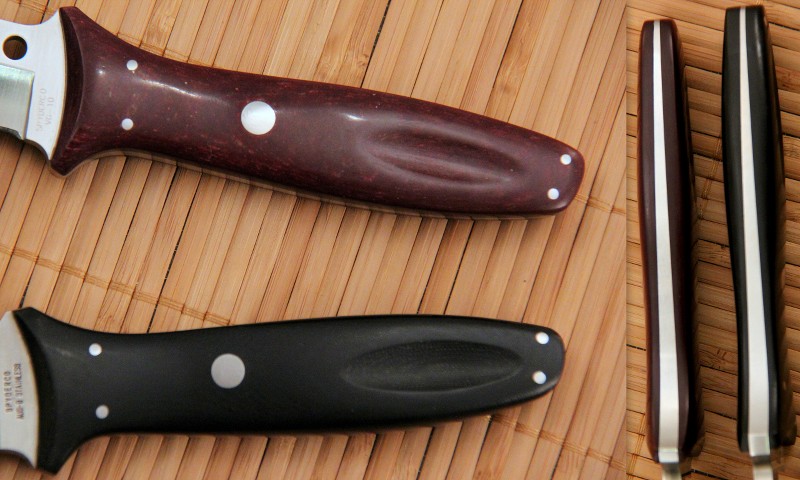 Thanx for an instructive post with great pics!
I have the original tanto and I'll keep it forever, imho one of the most beautiful Spydies I own!

Beautiful collection of fixed blades! Many people only associate Spyderco with folders and they're missing out on a lot of great knives that you're showing us.
42 Spyderco fixed blades and counting...
Top 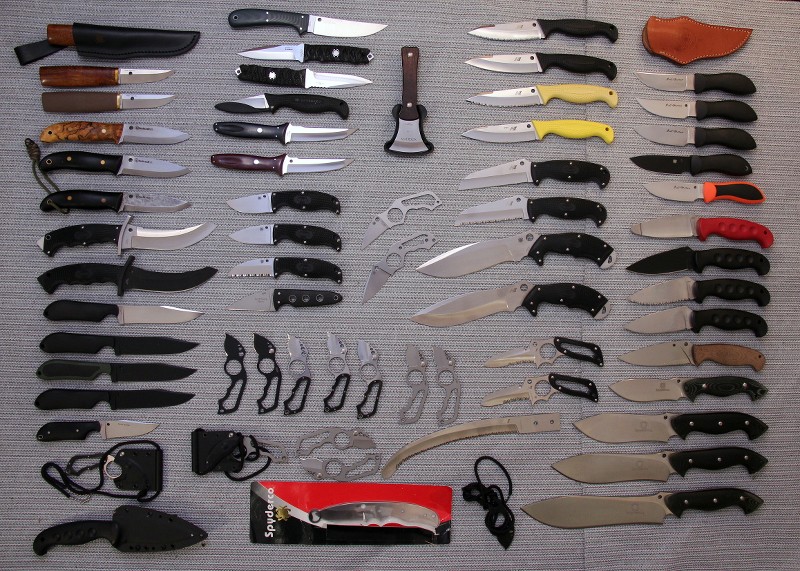 You are most welcome, thank you for looking.
How much can a Koala bear?
Top
Post Reply
213 posts

Users browsing this forum: No registered users and 4 guests