If your topic has nothing to do with Spyderco, you can post it here.
Forum rules
Post Reply
9 posts • Page 1 of 1

I was sad to see Sal's comment in the Caly 3.5 lightweight thread that the maker of the Caly series (Moki) was having a few problems (again / still) and that an alternative manufacturer for the Caly 3.5 LWT was being considered - a drastic move for Spyderco. It has, I think, been a long time coming but I had really hoped that they could fix whatever needed fixing.The new owners of Al Mar moving their production from Moki to China definitely didn't help the cause.

I got to wondering what they still make as a third party manufacturer? Aside from the Caly 3.5, I don't think there has been a regular production model from Moki in the Spyderco catalogue for a year or two (but I type under correction). The Jess Horn and Kopa sprints didn't fly off the shelves and there were a few issues there (admittedly "internet" issues but that can kill things these days as well).

Fallkniven still uses them as far as I know - my PCx is a really well made piece and a joy to use. Maybe SOG still uses them (I lost track of what SOG was doing years ago). I'm not sure what percentage of Moki's sales are under their own brand ... not that much I would suspect.

In celebration of Mokis, I thought I'd post some of my favourites up (being Off Topic, they include other brands as well). 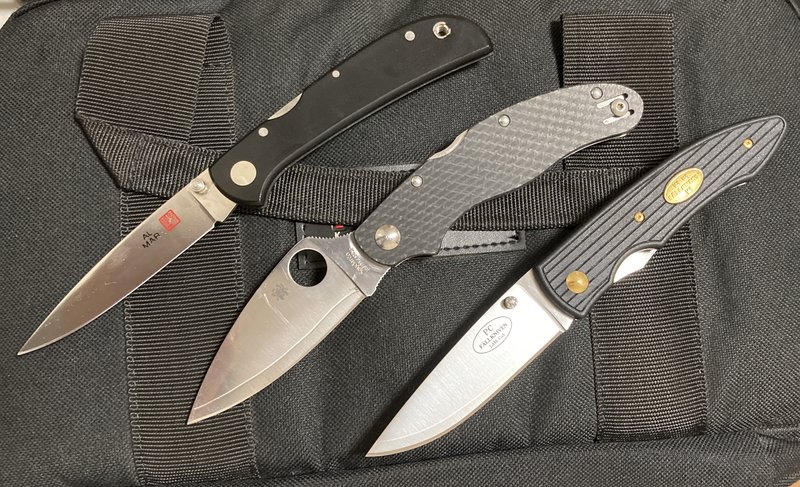 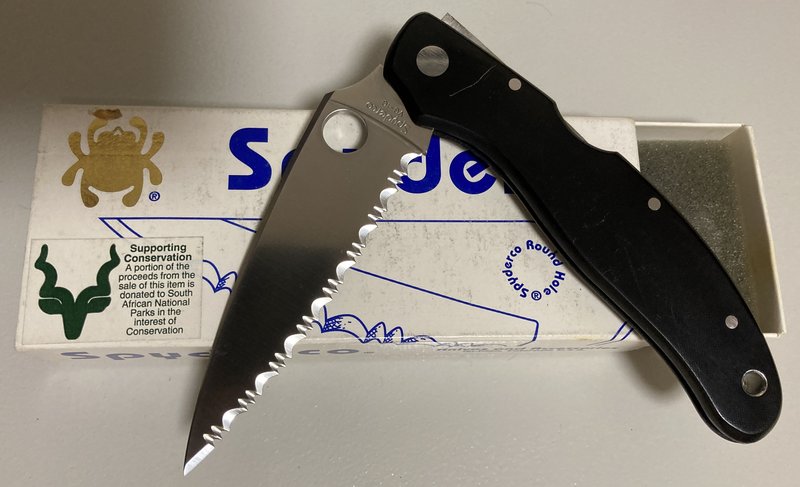 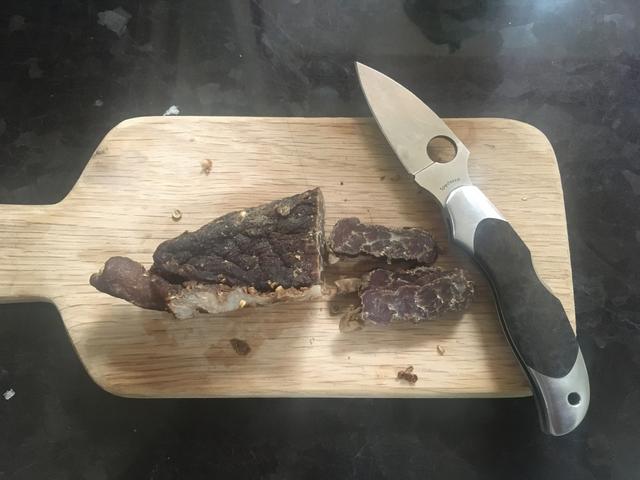 I've had and still own several "Moki" made Spyderco blades over the years and I will say they are some of my most cherished. It kind of amuses me in a way when I proudly show off some of my Spyderco folders and the "KNOW IT ALL" types see that some of my Spyderco folders are made in Japan and they immediately tell me that they are nothing but bargain basement, flea market junk. I just have to hold my comments but later I just simply laugh because now that I know the cutlery market better I've come to realize that Japan's high quality blades can compete with any knife made on the planet.

I'll admit that the GOLDEN made Spyders are my sentimental favorites but I still also love all my Japan made Spyders as well. And the units made by MOKI are all high on my list. Glad you put up this thread and I'm looking forward to watching it with intense interest.
Top

Yes, it's sad that Moki's quality became less consistent when the ownership passed to a younger generation some time back. Not sure if Al Mar pulling out made that worse or, as was the case with Spyderco's lessened reliance on them, simply a reaction to it. I suspect the later, as Moki's problems with poor QC have been going on for ten years or more. Am sure moving production is a difficult decision, but it's something Spyderco has had to do a few times in the past for QC or production capacity reasons.
Paul
My Personal Website ---- Beginners Guide to Spyderco Collecting ---- Spydiewiki
Deplorable

I remember the time where Moki production stood for high quality in the line of Spyderco's models and forum members eagerly waited for new knives from them. There should a good amount of threads in the forums about this time.

But nothing in business is constant and one is well advised to have an eye on quality control ... as Spyderco does.
Peter - founding member of Spydiewiki.com

My Kiwi4 and Caly 3 SE are my firm Moki favourites. The older Caly is certainly better finished.

China manufacturing is bound to become even more compelling if quality is allowed to drop elsewhere, unfortunately.
Top

I only own about 3 Moki-made knives; a Spyderco Wegner, Calypso Jr., and an Al Mar SERE 2000. The Spyderco models are outstanding. The SERE 2000 developed a problem where the detent became sloppy (not due to gunk or anything), and the action and lockup became weird.

Unfortunately, the younger generation in Seki in general is not as interested in following their elders into the knife-making business.

Not only Moki-related, but many knife companies that used to manufacture a high percentage of their knives in Japan (Cold Steel, SOG, Kershaw, etc.) have moved that production to China (and to Taiwan).

I hope that quality production of the Seki manufacturers continues or, in the case of Moki, is somehow able to recover.

The aggressively low production prices from Chinese manufactures is designed to drive other makers out of business. Once sufficient competitors are out of business, the Chinese will raise prices to a more normal level.
Not every choiless knife needs a choil, not every knife with a choil needs it removed. Not every big knife needs a Lil' companion. Wharnie for the whin! Friends call me Jim. As do my foes. Used to be JR in CT with a much earlier join date.
Top

Moki used to be top shelf. When were the years of the Moki troubles?
Top

The later calypso and caly sprints had some various issues

I was hoping both Seki City mfgs would step their game up when facing new Chinese competition - all those older cold steels and al mars bring back so much nostalgia, but they can't ride off that forever
Top
Post Reply
9 posts • Page 1 of 1