If your topic has nothing to do with Spyderco, you can post it here.
Forum rules
Post Reply
31 posts

I try to minimize the amount of stuff in my pockets. It's very easy for it to get out of control, but I've been curious of these mini prybars. For those who carry them, how often do you use it?
Justin
Top

My Knife Sensei sent me a knife that he was really enthused about. It's a Kershaw Barge. It's not at all fancy, but it's utilitarian, strong, and cheap. The back end is a prybar which makes it 2x as useful as just a knife.

I don't carry the knife mainly because it's a right handed frame lock. I require left handed operation (ball bearing lock, compression lock), and I'm not a fan of liner/frame locks. But the knife really IS very nice and a great value. I'd carry it if I was right handed.

For now, I keep it because it was a from a friend and it was finished to something like 0.05 micron. If you regularly need something for prying, look into it. It's not as sexy as a Native Cruwear, but the Native isn't a prybar.
Top

A prybar/ bottle opener would be so useful to me in a Warnie delica or a para3. I know they have those signet rings for delicas and enduras. I’m sure it’s not any harder to make.
Top

crazywednesday wrote: ↑
Mon Oct 21, 2019 10:11 pm
I try to minimize the amount of stuff in my pockets. It's very easy for it to get out of control, but I've been curious of these mini prybars. For those who carry them, how often do you use it?

At home: never. At work: several times a week, where it’s honestly the best tool for the job.

I have the county com 4” curved end tool steel one. Any smaller wouldn’t work for me.
Top

I have a mini pry bar I keep on a key ring separate from my keys that also has a Photon micro light, a JetScream whistle, and a small pair of folding scissors. The pry bar works very well for what it’s designed for, as a light-duty prying tool. But TBH, I don’t really use it that much.

I always have either my Victorinox Spartan or my Pioneer SAK in a pocket, and I usually use the large screwdriver/bottle opener tool for light-duty prying. The SAK barely takes up any space (IMO), and the bottle opener and the can opener functions work better than they would on any single-bladed folding knife, and at a cheaper price, too.

The mini pry bar is admittedly a stronger prying tool than the SAK’s large screwdriver/bottle opener blade, but in my uses, I rarely need that much light-duty prying strength.

Pry tools are very handy. I always have some sort of pry tool with me. If you're unsure if you'd benefit from carrying one, there are several small, inexpensive options to try out. I believe the Gerber Shard can be purchased for $5-$10 and alot of people seem to like it.

I generally carry a CRKT Eat'N Tool, but I'm looking at other options to try out.
Top 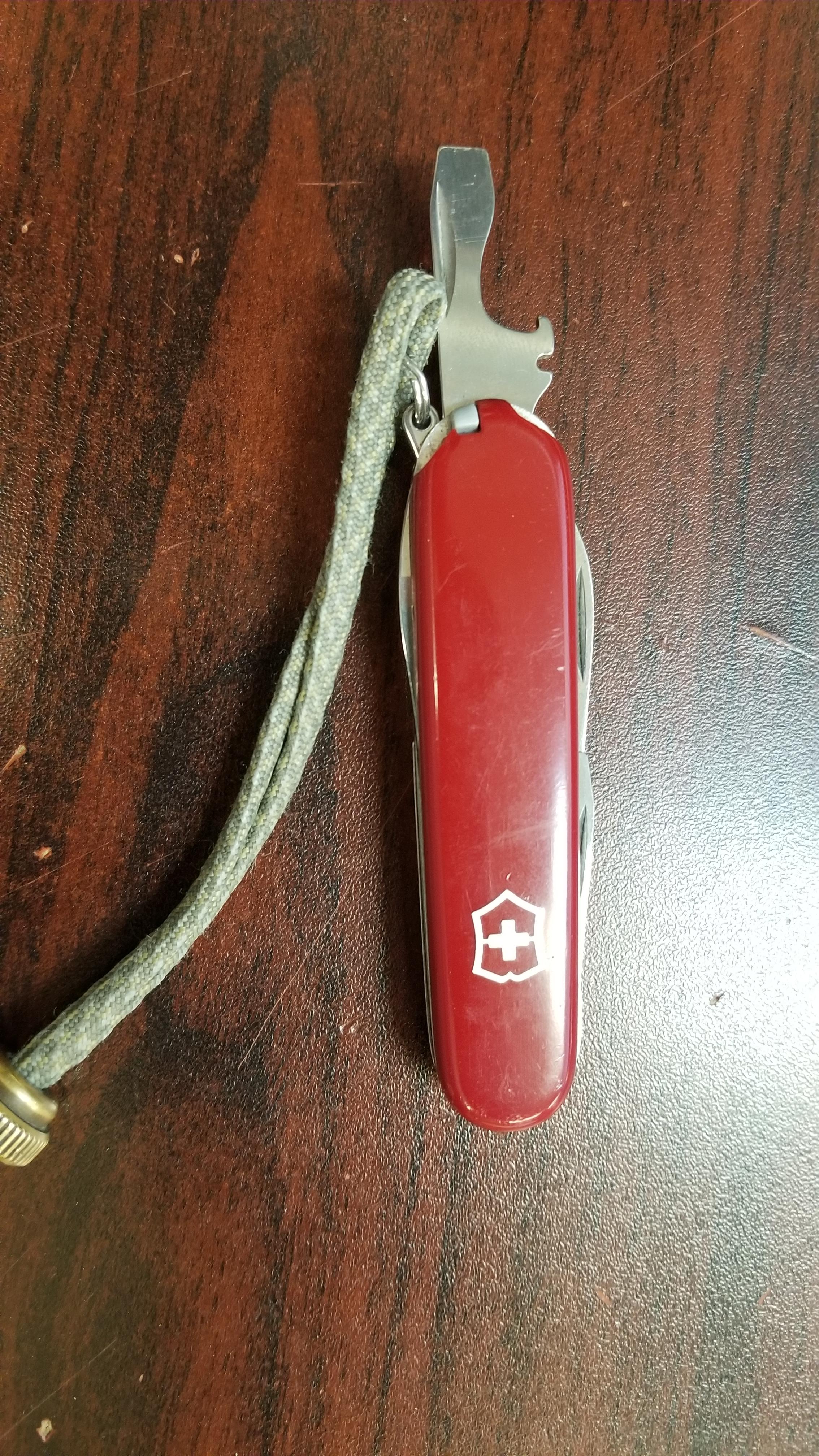 My SAK is my pry bar also. I don't do much prying but if I need to do it spur of the moment it's the SAK. I use the bottle opener/flat head.
Top

The more I think about it I'm quite sure that some type of stout, rigid prybar would be great to add to a high quality Multi-Tool.

I've never really given it a lot of thought until these recent threads on prybars have come about>> but a really solid, rigid, stout prybar would have a lot of good EDC uses to it.

I'm kind of surprised that Victorinox or one of the other companies that make really good Multi-tools hasn't implemented something like that.
Top

OldHoosier is right on again!!! They even offer them in titanium. I'm going to get a couple of those for sure. They even have the shorter, stouter version that you can carry on a key chain. They look like a very quality minded company too. Check them out folks!!~!
Top

I've never really given it a lot of thought until these recent threads on prybars have come about>> but a really solid, rigid, stout prybar would have a lot of good EDC uses to it.

I'm kind of surprised that Victorinox or one of the other companies that make really good Multi-tools hasn't implemented something like that.

Although Victorinox has not come out with a singular pry bar tool, their Spirit multi-tool’s large screwdriver/bottle opener is extra-thick, and one of its listed purposes/functions is as a prying tool/‘crate opener’.

I’d second this as well!
I’ve carried one of the “Pico” sized Widgy Prybars on my keychain for almost 9 years straight now.
- Nick

Proud to say that I would never use a knife blade as a prybar, Spyderco or otherwise.

That being said I have tried:

As well as the flat head screw drivers in various multi tools including:

I pry with multitool screwdrivers as needed.....which isn't often. If I were to EDC a mini pry bar along with a knife, multitool and flashlight....it'd definitely be used the least. So I'm content with the setup I use.
Top

Looks legit. Going to give it a go.
Justin
Top

I also don't like lots of stuff in my pockets but I do carry a multitool everywhere, and one of the reasons I carry the one I do (Victorinox Spirit) is because the middle tool is extra thick and designed for prying. I do use it occasionally but I also just use the pliers as a pry tool as long as they fit into what I'm prying. The little pry tools look cool but also kinda seem like more pocket jewelry trinkets to me especially given the price of some of them, I find it hard to believe guys are out there doing actual work prying with their fancy anodized titanium pry bars. I don't hesitate to lean on my Spirit.
SHARPEN IT LIKE YOU LOVE IT, USE IT LIKE YOU HATE IT
~David
Top

$5.99 Gerber Shard. Can't be beat. Hardened steel with bottle opener, regular and Phillips, nail puller. Been carrying one for years; use it a lot. Also carry a Vic Cadet which is good at mild putting and many other tasks too!
Top

I tried but could never enjoy them. Scratched up things in my pocket, never got used, etc. I too will also use the flathead on a SAK or on my Surge or Rebar. Prying never really comes up that often I guess.
I own an assisted knife and am embarrassed to admit I enjoy it.
Top

Looks legit. Going to give it a go.

I’ve had a TI one for a long time and while it is a great tool... honestly I never used it when I carried it. I have a gerber shard on the keychain that also has a bottle opener, etc. so it’s either the shard or a SAK that does the prying for me.
The planter, the farmer, the mechanic, and the laborer... form the great body of the people of the United States, they are the bone and sinew of the country men who love liberty and desire nothing but equal rights and equal laws. - Andrew Jackson
Top
Post Reply
31 posts