Something we don’t see enough of

araneae wrote: ↑
Tue May 05, 2020 5:23 am
Tim had his own company for a while, blade tech. It seems that after his retirement the company moved away from knives and now only does holsters. Maybe there could be a revival of his Spydie designs.


Well, I didn't know that. What do you say, Sal and Eric?

And yes, it is a heavy knife because of the backspacer, but it does make it very solid. The backspacer is the stop pin. What I'd really like is a 3" bladed one, but for a hunter, this large one is probably just right. So, I guess we need a large and a small.

James Y wrote: ↑
Mon May 04, 2020 9:29 am
I have a large Wegner, and yes, it is a beautiful knife that feels great in hand. Oddly enough, it’s one of the few knives I own that I’m a bit overly-protective of. I have CRKs that I’ve been less-than-kind to, but for some reason, I protect my Spydie Wegner.

I have a C49 Wegner Jr. and I feel exactly the same way you do, I just flat out don't carry it anymore! I bought it in 1998 I think? I actually lost that knife for around four months, that lost knife is what brought me here looking for another! I had no idea at the time about collaborations and knives being discontinued.......I just lost my beloved knife and thought I'd have to bite the bullet and buy another, I quickly learned........no! So by losing that knife, and around 25 Spyderco's later, that Wegner Jr. has cost me some serious money! Moral to this story, don't lose a knife!

I've mentioned a Wegner sprint here multiple times before, it seems it'll never happen, something to do with Tim Wegner himself?

But if it were to happen......I'll take a large, with a larger opening hole, a modern stainless like M390, XHP, 204P, or 20CV? And I'll be happy with any lock, not the biggest liner lock fan but to keep with the original Wegner design, a liner lock would be fine with me! Plus they sound fantastic when they lock open!

as Benben said, it's not likely to happen. 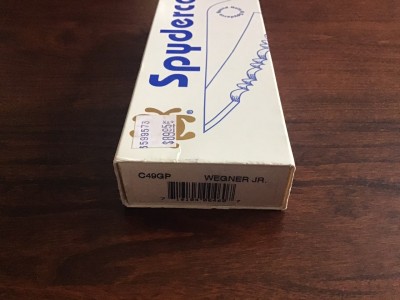 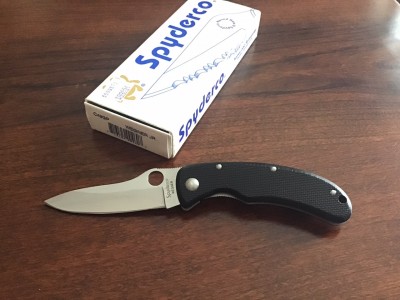 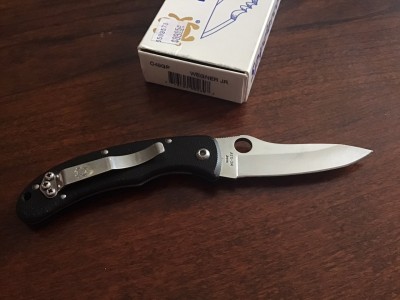 I’ve got a few discontinued knives (10) that I’d probably move, this Wegner Jr. is going in my coffin with me!
Top

I had read the knife designs were pulled back by the designer. I really doubt there’ll be another Spyderco run of these models. That’s a shame.
Used to be JR in CT with a much earlier join date.

Wharnie for the whin! Friends call me Jim. As do my foes.
Top
Post Reply
25 posts