I've since forgotten my old account so I had to create a new one. It's only been 13 years since I posted here. 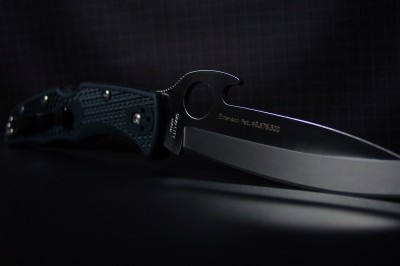 Sometime in December 2007 I made the jump to buy a decent knife that went beyond the generic gas station offerings. I remember conducting countless hours of research on the internet for that perfect knife within my financial reach. When all hope was lost I came across Spyderco. With their unconventional designs I almost disregarded them right off the bat. Thanks the starting era of Youtube, I was convinced I should give Spyderco a shot. Spending $65 dollars on knife seemed out of this world when you have bills and tuition to pay. As fast as I placed the order, I almost canceled it due to my second doubts. Thankfully, I received such positive notes on the forums, I decided to keep my order.

My initial impression was the knife was so light! At the time, I thought the heavier the knife the better. More Steel, more strength!. I noticed the fit and finish was amazing as the blade was perfectly centered with a solid lockup. I carried the knife in my front right pocket and quickly noticed how it didn't chew up my pants. In addition, for a saber ground blade it was amazingly sharp.

In the first year of ownership the knife was brutally abused. I had a hobby of raising chickens and managing a small garden so the blade faced a lot of water, dirt and the occasional staple in cardboard. The blade held it's edge exceptionally well with minimal touch ups. Having super high traction scales and jimping kept it locked in even with gloves and wet hands. I never once slipped when cutting fresh veggies nor had any issues cleaning the handle. The well spaced wedge texture made it super easy to clean out dirt. That alone was a major time saver.

I recall a brutally cold winter where I was quickly loosing feeling in my fingers and discovered a lifesaver. I was in a emergency and needed a knife to cut some rope for a fence. The Spyderco thumb hole deployment save the day. I doubt any other method could have topped this. When you have no feeling in the tips of your fingers, trying to open a knife with tiny studs would have been nearly impossible. That feature alone was worth every penny.

Another notable feature worth mentioning is the wave opener. Other than being a nice party trick, it actually save the party once. While it's not the most effective bottle opener it works in a pinch. However, I learned the hard way to be aware of what's around the wave opener. I recall a time when I was in a computer lab and it fell on the floor! I foolishly place something on the hook side and it pulled the knife out at the same time... Fortunately no one noticed as I stepped on the knife with my shoe like a hundred bucks about to fly away in the wind.

I personally believe the knife held up very well. As you can see in the photos the blade has been sharpened and re-profiled so many times it's near embarrassing to post photos. To give myself credit, I did use this knife to learn how to sharpen. I also learned that there are lot of materials out there that can scratch steel as well.

As you can see, the thumb hole as been used so many times I can actually see the wear on the edges! I'm sure a lot was due to dirt on my thumb acting like sand paper. It's also interesting to see how being right handed yielded more scratches on the left side. The lockup is pretty sold for the most part. Nothing rattles when shaken and all the screws are still tight. There is only a tick of vertical play when it's open, but you have to use decent amount of force. The same can be said with the side to side play as I can tell the bushing are worn. It holds center when closed however it moves with little force. The feel of the blade on opening and closing literately feels like it's rolling on ball bearings. There not even slightest hint of grit resistance. The FRN held together well over the years as every dent it suffered just wore down. The only major cosmetic wearing point is the pocket clip. It's been bent back a few times over the years but it still holds good tension.

The Endura 4 lives up to it's name. It's survived years of service and never let me down. From being a one day prized showpiece to slicing countless hay and feed bags, it continues to endure like a champ.

I'm sure this post is way too long...but I hope someone finds it a good read. 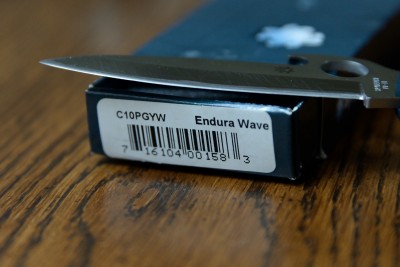 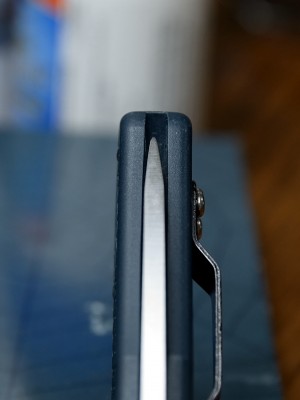 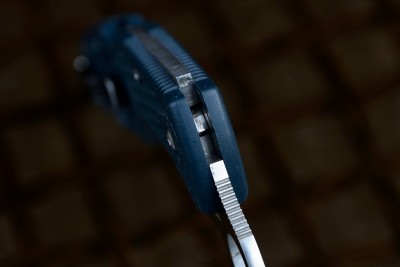 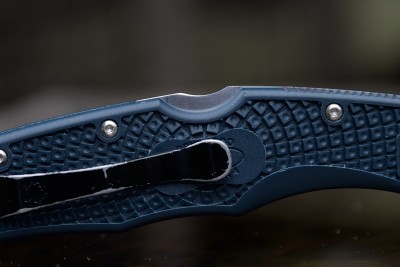 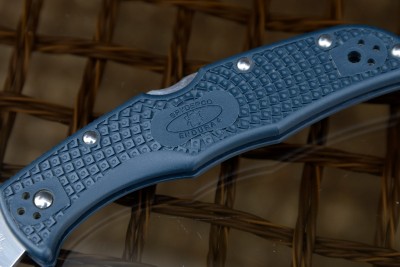 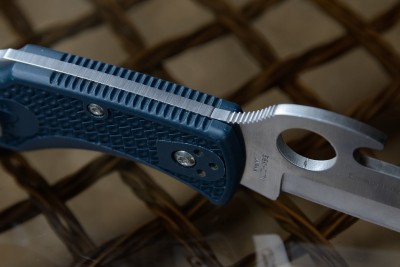 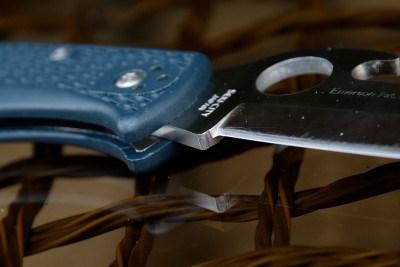 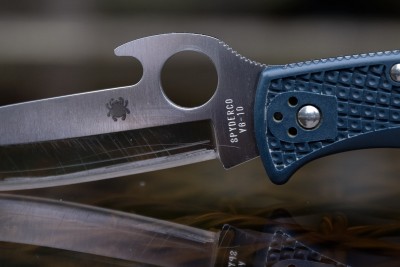 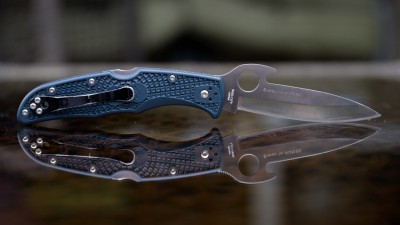 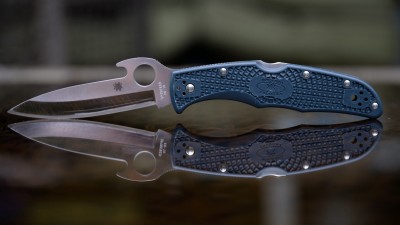 Awesome review and great first post! It wasn’t too long at all. Welcome to the forum!

*Oops, I had overlooked that you are a returning poster.

Welcome back to the forum!
I enjoyed reading your post a lot! Always love to read when people really use their knives.
On top of that the Endura is probably my most favorite folder ever, and I know what this model can take and how versatile it is..

Generally I like that the Endura seems to get a lot of attention on this forum lately...

Interesting read, thanks for sharing. It's great when you find something that just does what you need it to do. It may not be perfect, but it's perfect for you. You choose wisely all those years ago and I hope you have many more years of service from your endura.
Top

I recall a brutally cold winter where I was quickly loosing feeling in my fingers and discovered a lifesaver. I was in a emergency and needed a knife to cut some rope for a fence. The Spyderco thumb hole deployment save the day. I doubt any other method could have topped this. When you have no feeling in the tips of your fingers, trying to open a knife with tiny studs would have been nearly impossible. That feature alone was worth every penny.

Being able to open the knife with cold-numbed hands is one of my favourite aspects of the Trademark Round Hole (I spend a lot of time working in freezing temperatures). And welcome back to the forum!
Top

Nice review. I'm glad it lasted and that you still like it.

I wonder if it would be possible to do a FFG Emerson Opener. Or maybe a hollow ground similar to the Yojimbo 2.

(The name had to shift from "Wave" to "Emerson Opener" due to Leatherman owning the name "Wave".)
-Brian
A distinguished lurker.
Waiting on a Squeak, Pingo, and Cliptools with a Split Spring!
Top

Welcome back and great review.
Top

Welcome back to our forum and thanx much for the detailed and positive review. Nothing quite like Real World Testing and doing it over time cannot be done in a lab setting. Hopefully, you'll hang around and enjoy your time here. we've got quite a few very knowledgeable and passionate Knife afi's here.

13 years... now that's a test!
Now that I think about it, I've been carrying Delicas and Salt 2 for the most part of the last 10 years...
Welcome back to the forums.
Top

There's long-term, and then there's real world use. Props to Spyderco for making such durable knives. I hope I can keep mine for that long !
European amateur knife enthusiast
Hikes and outdoors galore

I believe it's time for me to expand out beyond the Endura. I know shipping times have gotten crazy long, but I will be obtaining a Delica, Endela, Para Millitary 2, and Para 3.

The Endela Emerson Opener hits the nostalgic feels! I can't wait for it's official release. There have been times where I felt the Endura 4 was a bit too big to wield around for some tasks.
Top

Welcome to the forum. It looks like that knife has served you well over the years, thanks for sharing.
Top

I have carried an endura wave for going on 3 or 4 years now. It has done everything from carving when bored, to opening oysters at a roast. Had more pocket time than any knife i can think of. The saber grind is great for sturdiness. I love a full flat grind but the saber grind with that extra thickness in the blade stock really gives me confidence when i use it for... less than knifely purposes(don't judge me we all make mistakes).

Appreciate the review and glad to see my experiences haven't been a unique case!

I used to collect a lot of knives... I still do, but i used to too.

I tried to get mine modded with a cool Dagger grind. Couldn't find anyone to commit to the mod. (I wouldn't remove the wave) 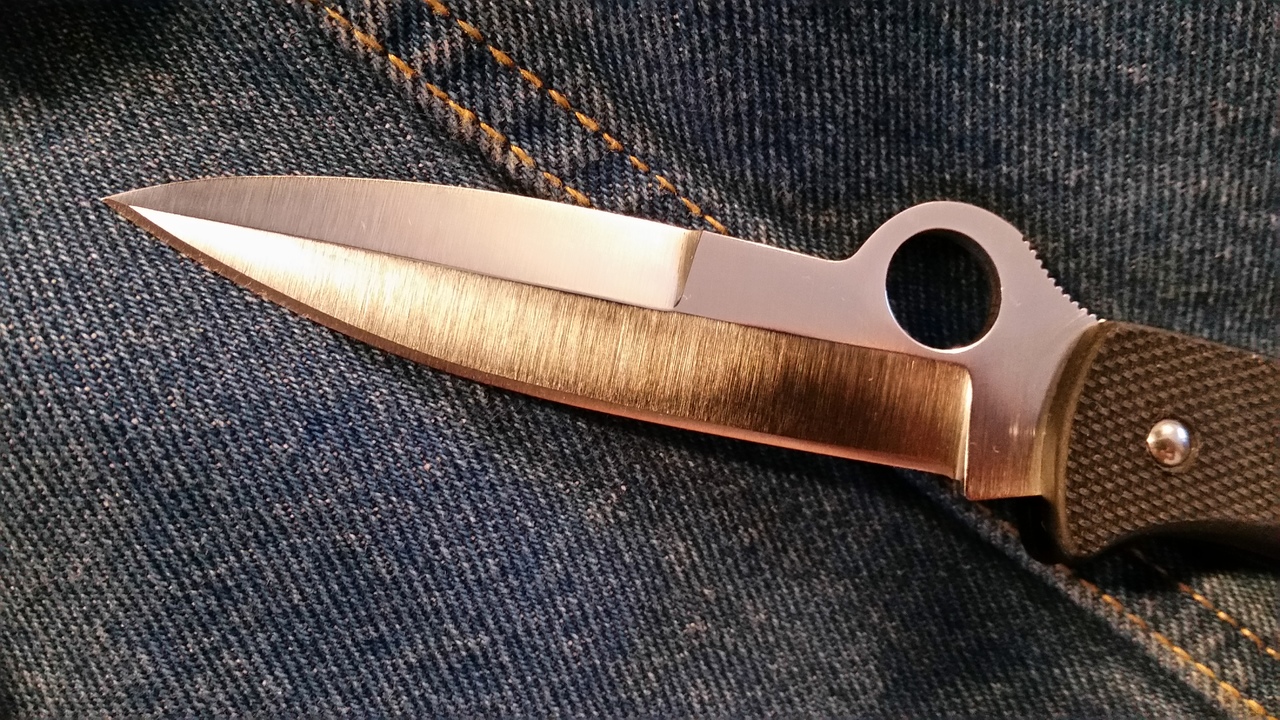 I found a regrind that I'm happy with. 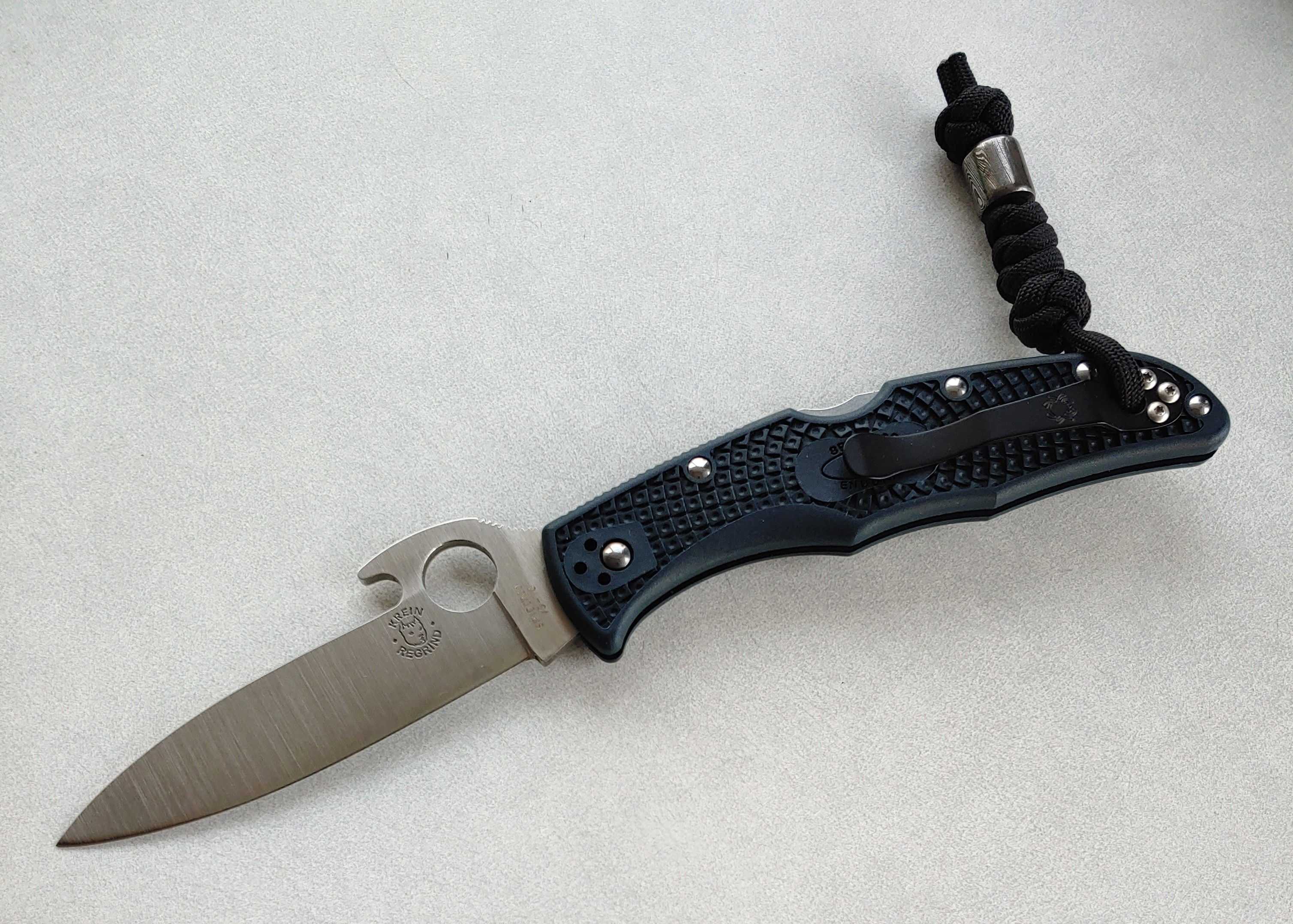 I have two clips, one on each side. I can rearward draw and forward draw. To a stabbing grip.
Top
Post Reply
14 posts • Page 1 of 1