Looks like 10V is now confirmed. They posted another update to their story after passing 10K followers. Here's their screen shot of the milestone, except they edited the followers number from "10K" to "10V." 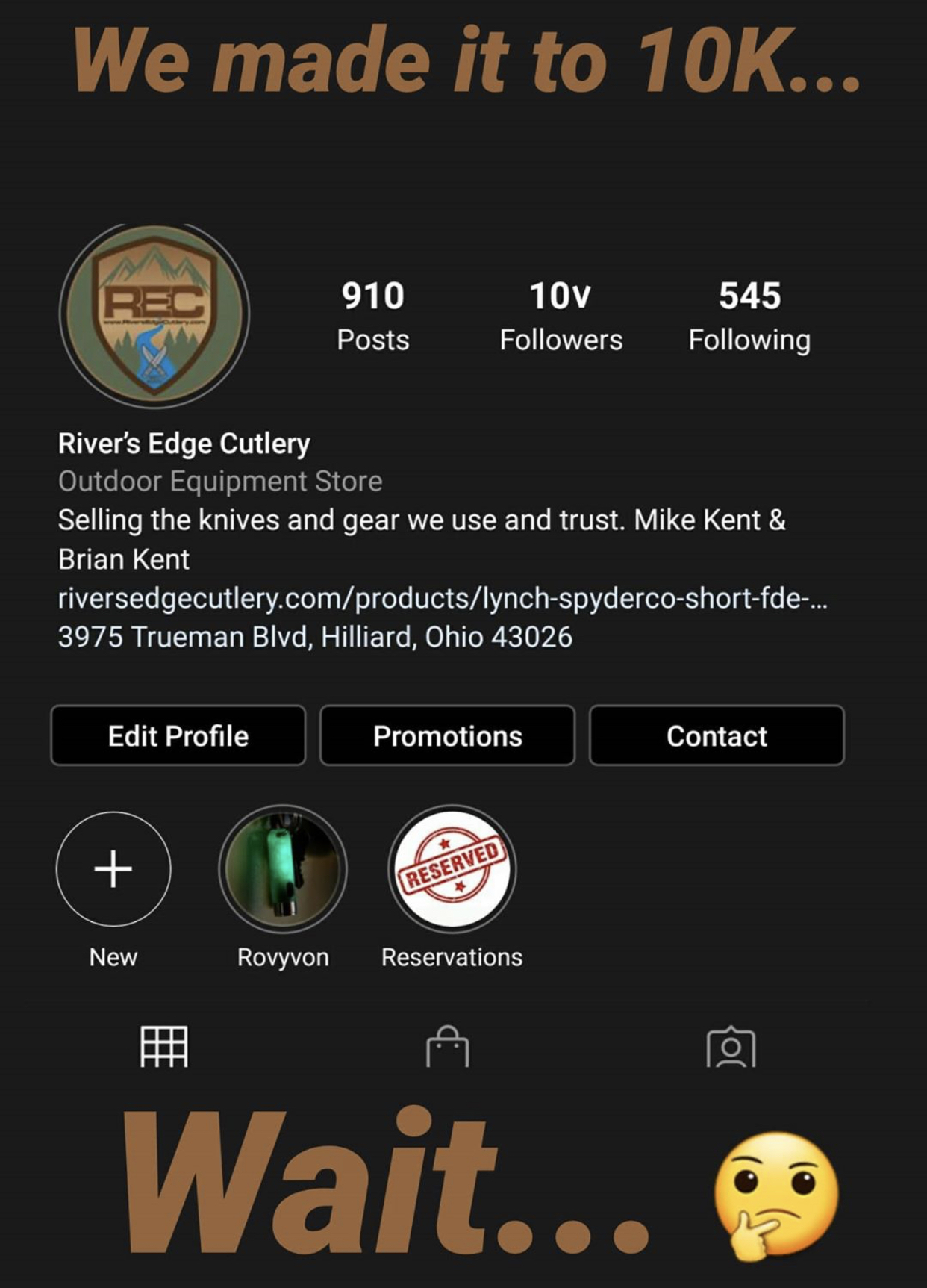 So it's at least a 10V PM2 based on the hints we've got so far. Now the big mystery is the reference to the scorpion.

REC also said in a comment "The 'REC' colors are reserved for the 204P. That's coming... eventually"
So, its not going to be the typical REC colors, flat dark earth blade and olive drab.

I was probably being a little ambitious guessing its going to be an Emerson Waved PM2.

Part of me hopes that it is an Emerson opener or hawkbill or something else I have no interest in. If it is a normal Para2 in 10V it will be hard to resist. I do have one in K390 so I guess I don’t “need” it.

Count the V’s. It is 10v
I Pray Heaven to Bestow The Best of Blessing on THIS HOUSE, and on ALL that shall hereafter Inhabit it. May none but Honest and Wise Men ever rule under This Roof! (John Adams regarding the White House)

I guess its a good thing that I am slowly but surely drifting away from ultra high carbide steel...and right now I dont feel like I want to get ripped off on paying additional taxes to my country...
In the pocket: Chaparral FRN, Native Chief, Police 4 K390, Pacific Salt SE, Manix 2 G10 REX45
On belt: Waterway
Top

When exposed to ultra violet light, scorpions glow in the dark...

I'm out. Good luck to all!
Top

Phew! Easy pass for me. Too similar to the already released configuration with S35VN. The wallet wins again.
20

Blacked out knives with colored handles looks good and 10V is great stuff. These will sell quickly. I think REC will do well with this one.

That said, I do not personally like coated blades and I already have the K390 version. On top of that I very much prefer green over brown. Gonna pass myself. I have other thing competing for my funds lately
-Darby

This would have been so nice with those scales and a flat dark earth color PVD coated blade! 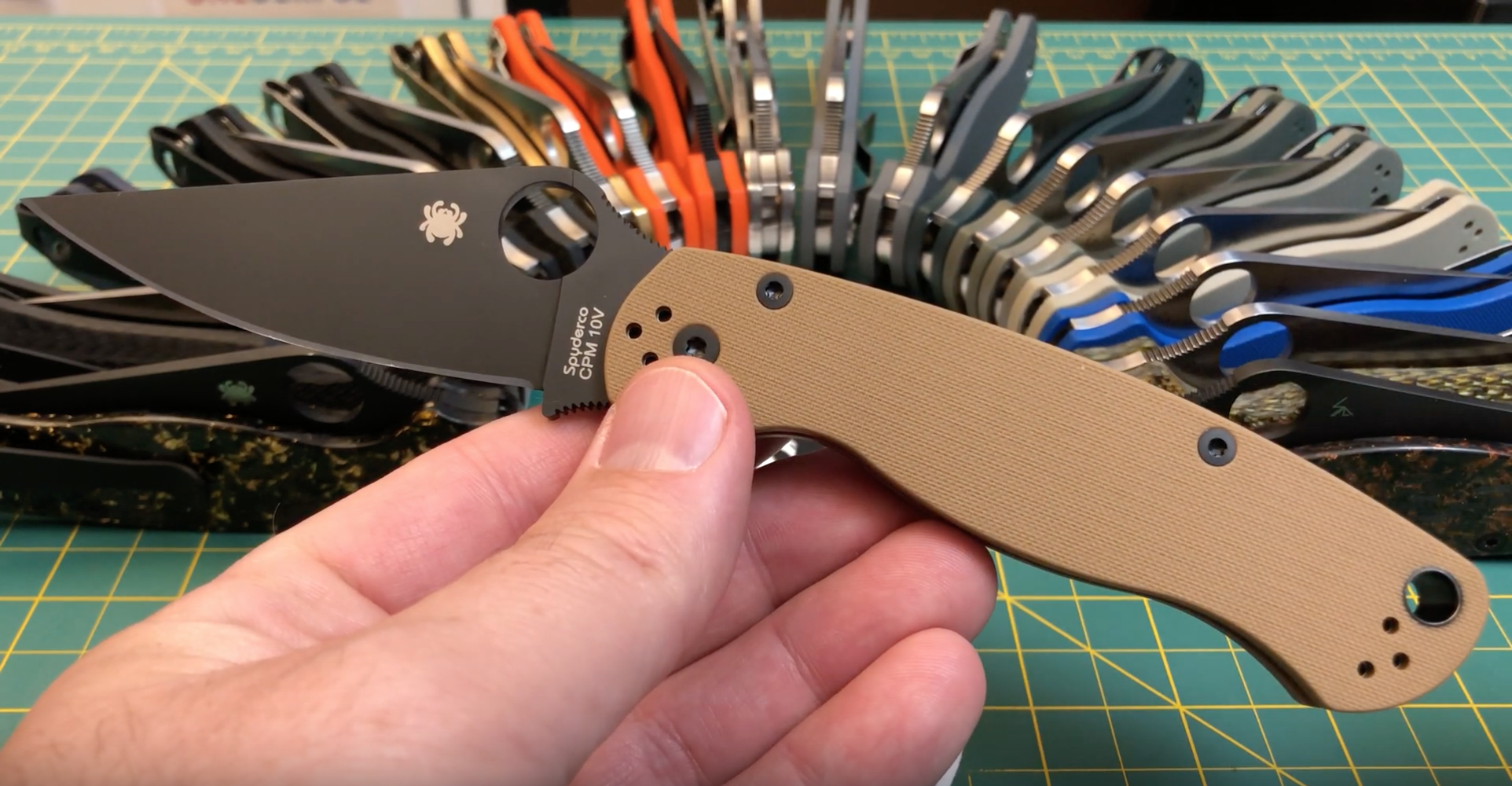 Could someone tell me how this works. I don't think I purchased from REC before.

The video mentiones that the pre-sale starts today. What am I to expect?

It's up and available.
Top


+1 I would have bought one in almost any other configuration.
Do right always. It will give you satisfaction in life.
--Wovoka
Top

I don't see that anyone posted yet, but it's up on the site.
-Turbo
Top
Post Reply
174 posts