It shows out of stock on Spyderco's site. Does this mean it has already sold out on their site? I have been looking everyday, but I guess I missed it yesterday. I wish the Spyderco site had in stock notifications.
Top

Tempting but I'll have to wait on this one. I'll definitely be picking up one of these though
Of all the things I've lost I miss my mind the most!
Top 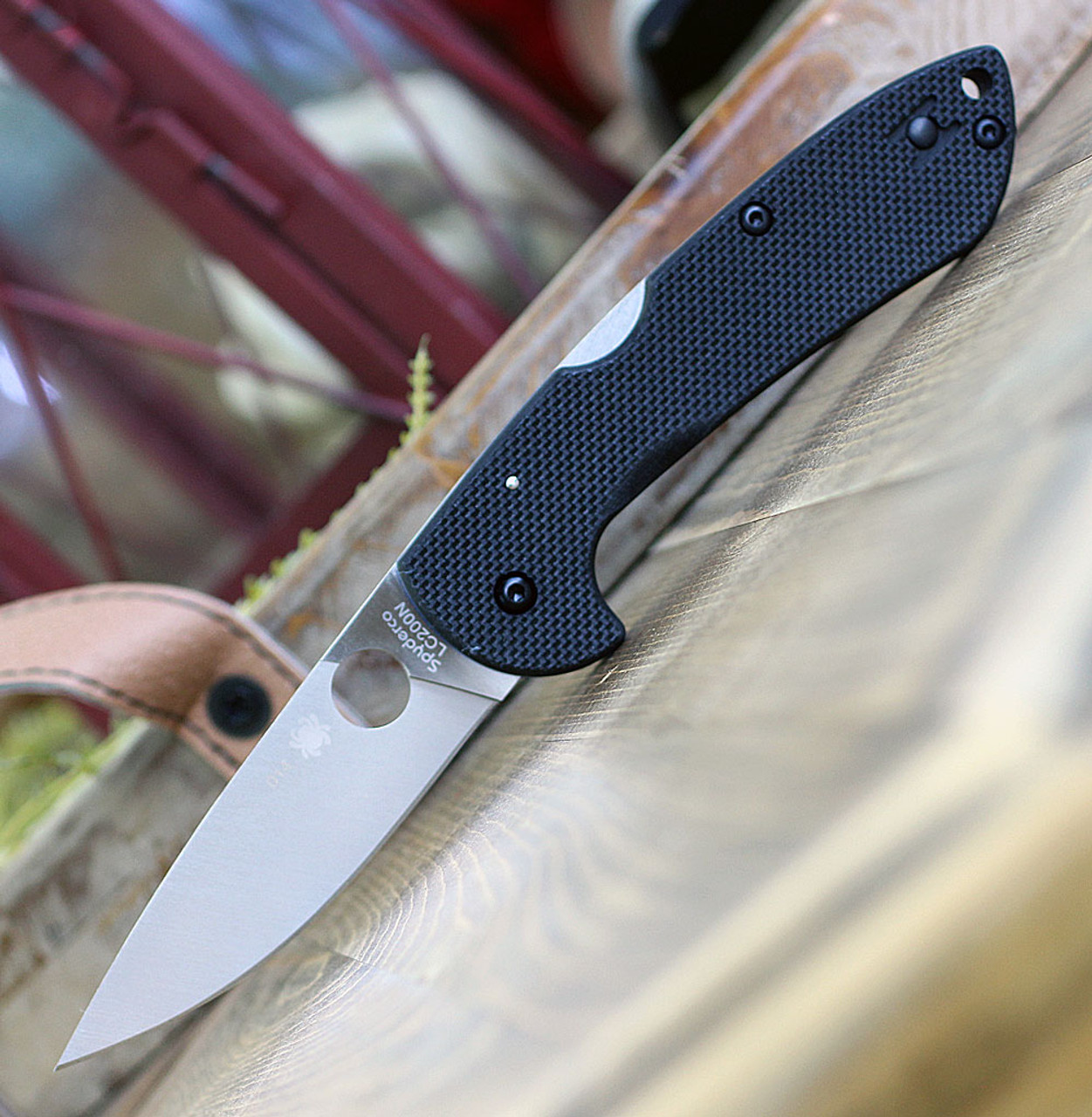 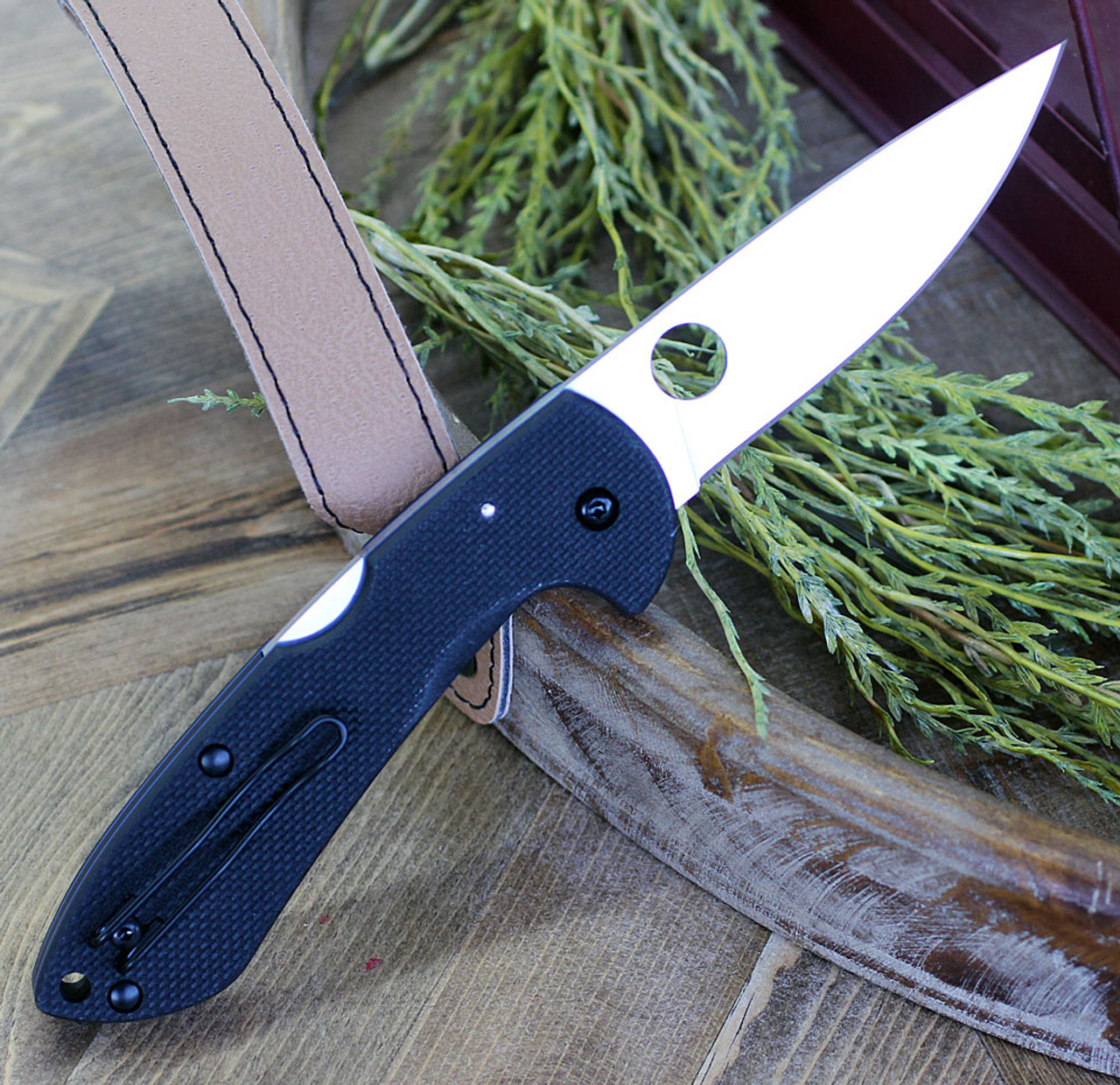 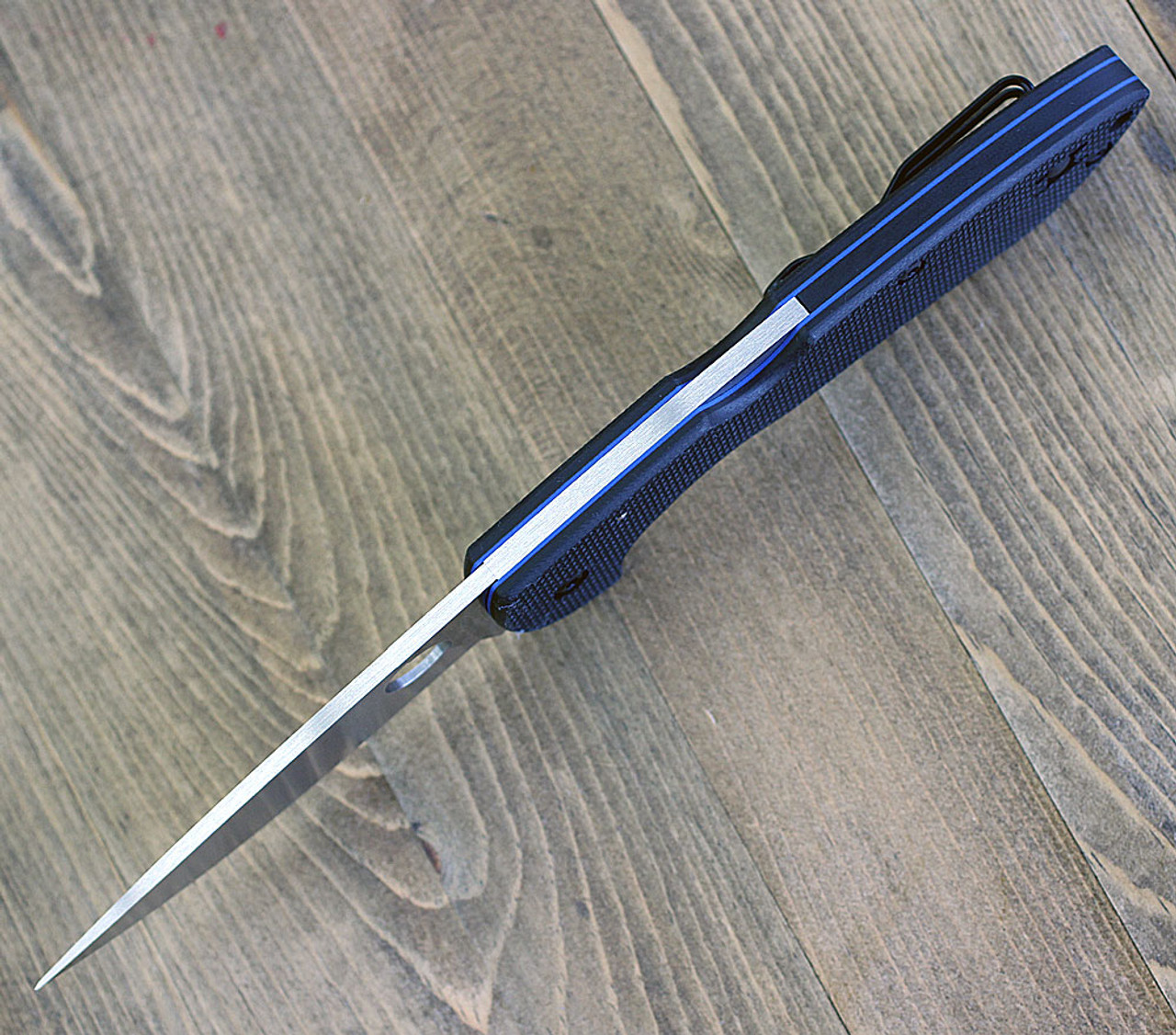 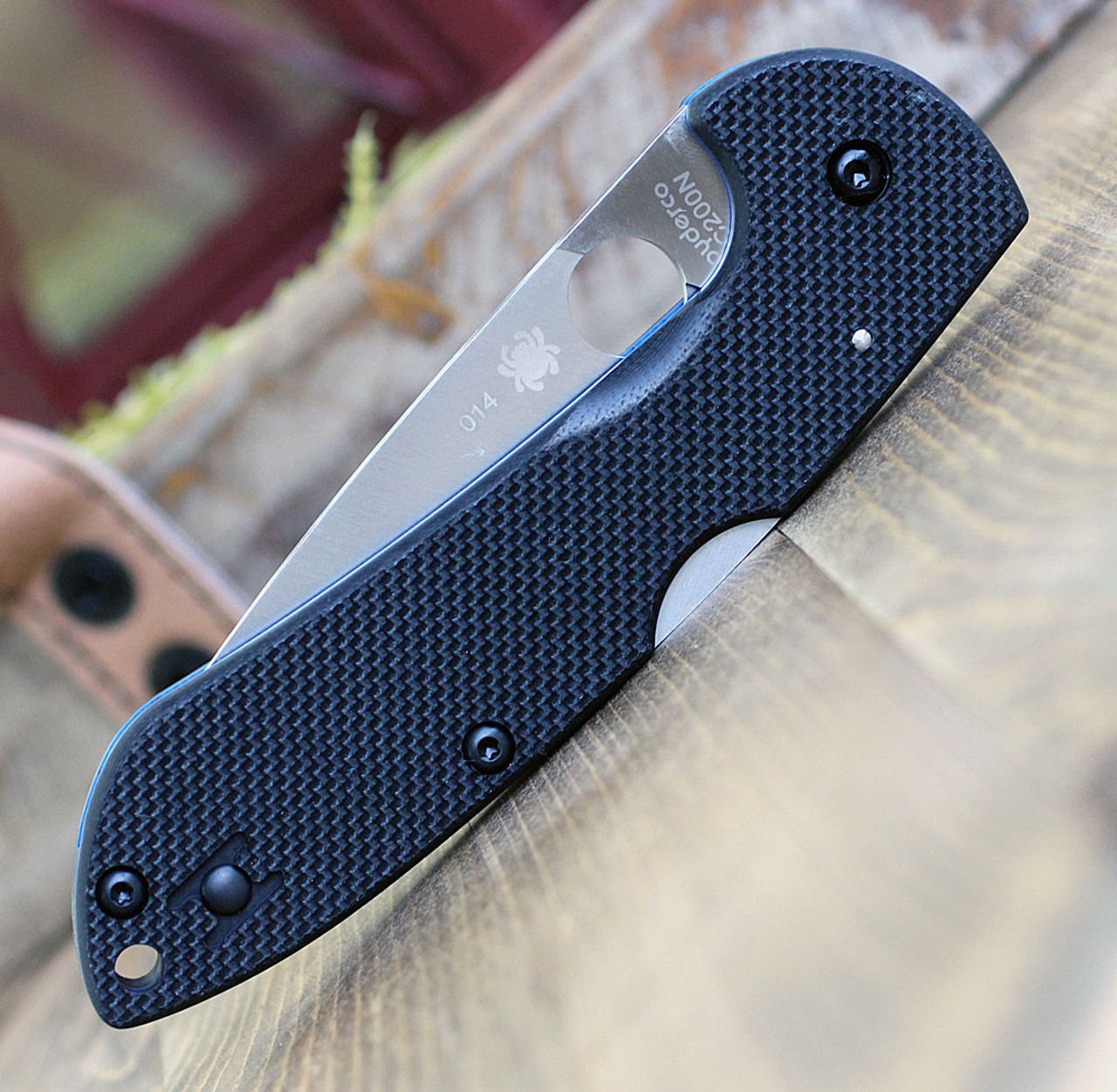 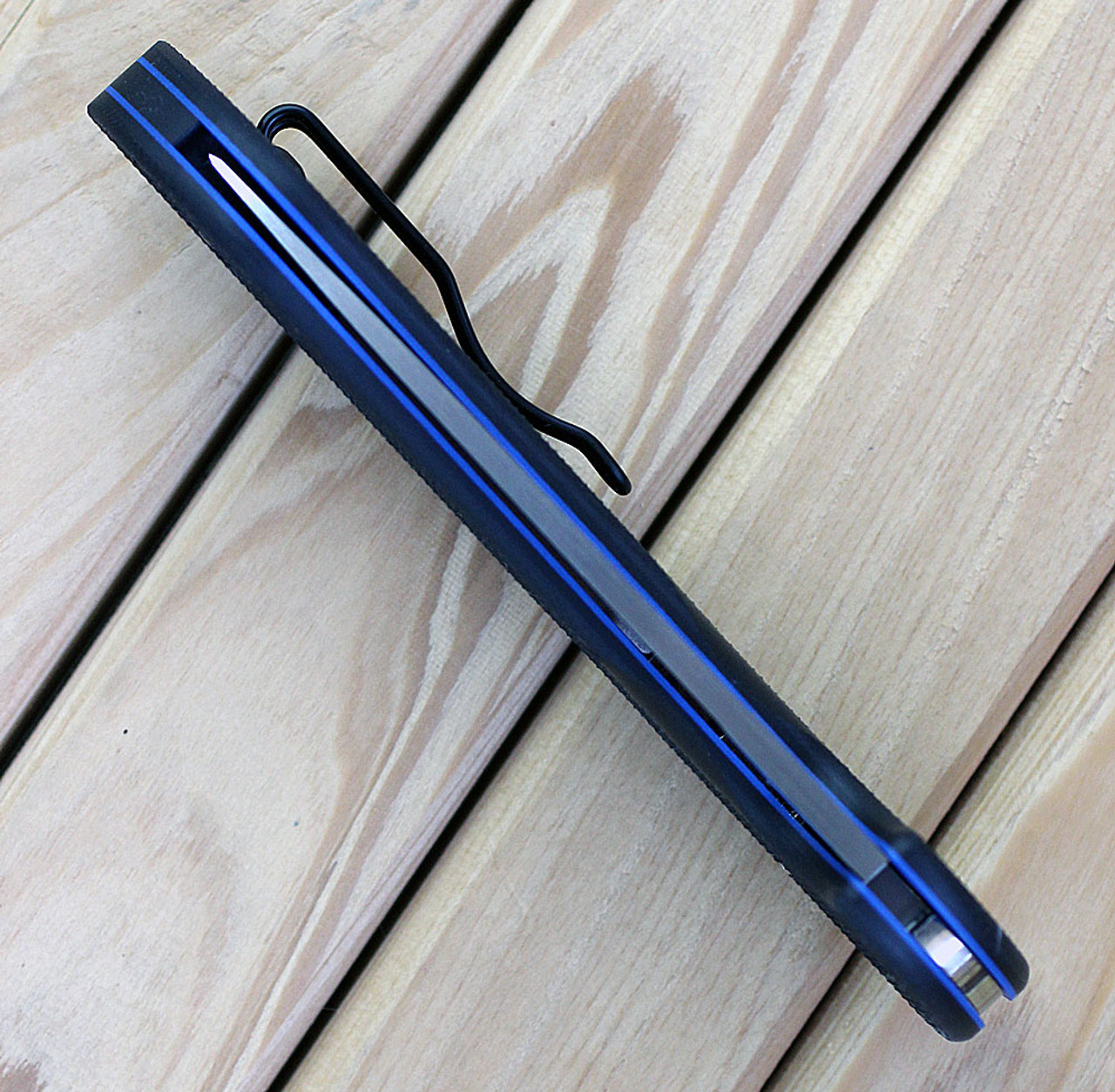 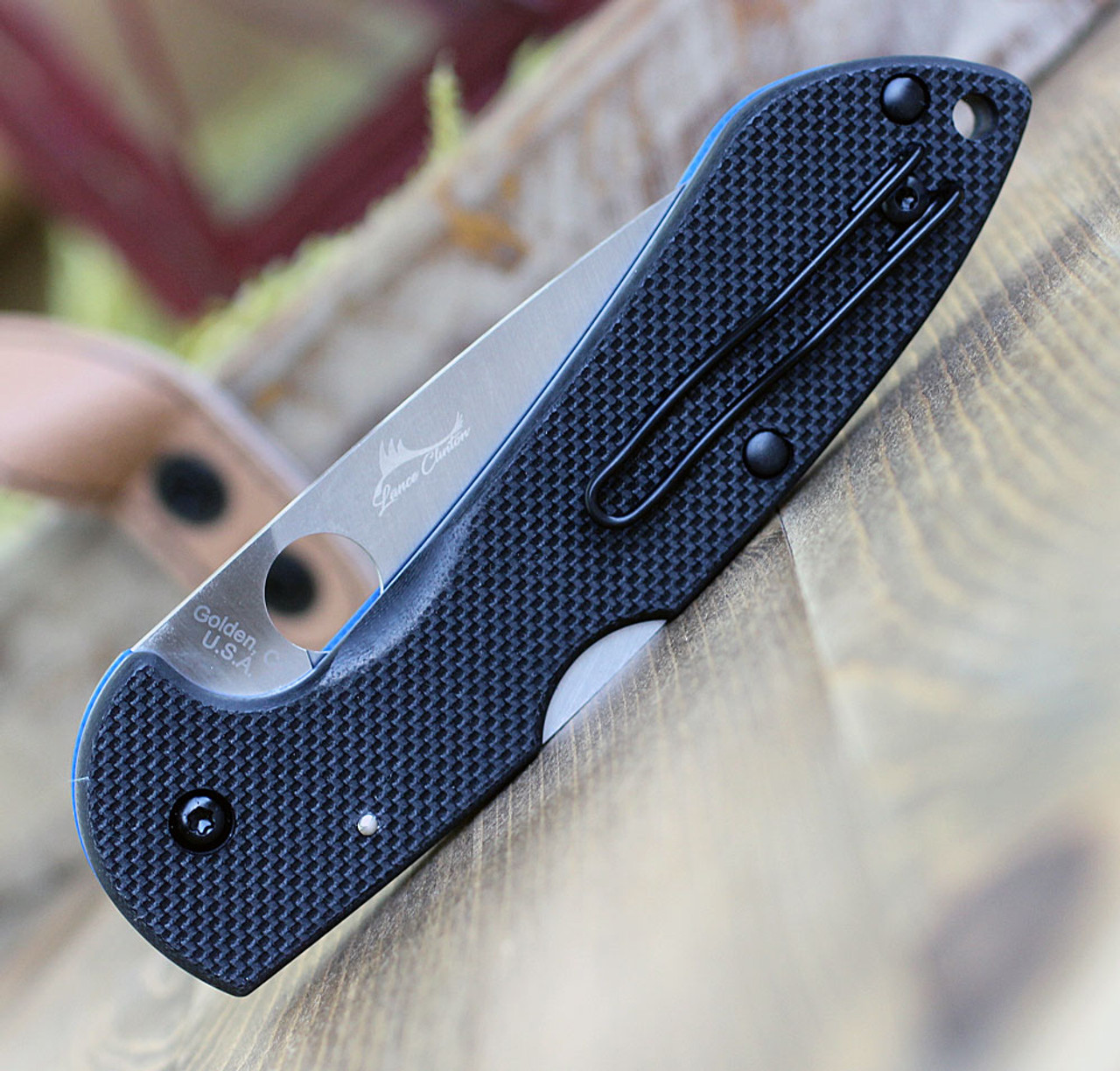 Cutlery Shoppe has these in stock as of now. Not sure if there's a feeding frenzy around this release or not but I can't wait to get out on the water with one, hopefully in the not too distant future.
Top

I don't have the funds now but one day I will get one of these! Been looking forward to this for a long time.


Yea, when I first saw it in the reveal, I thought they were making a Goddard salt.

All dimensions are nearly identical, too.


Yea, when I first saw it in the reveal, I thought they were making a Goddard salt.

All dimensions are nearly identical, too.

I looked those up last night also and was surprised at how similar they are. Not a knock, both look like great knives!

As more Spydercos end up in my small little collection I realize how similar the knives all are; there seem to be a few distinct ergonomic themes on repeat. I.E. the "Points" vs. "Swell" (Delica/Endura vs. Stretch) designs that Sal has alluded to. I think it's pretty cool, and goes to show how refined Spyderco models are.
Lost to the Ages: C90GRE Stretch 1 ZDP-189 British Racing Green | C28GRE2 Dragonfly 2 ZDP-189 British Racing Green
C12BK2W Matriarch 2 VG-10 Emerson Open | C81G2 Para Military 2 S30V

Lance spent years developing the Waterway design to be just as he wanted it to be, then decided he wanted to effectively adapt the Waterway design principles into a corrosion free folding knife. In late 2017 he convinced me to help him work through some of the mechanical details and build the folder prototypes. We spent more than a year and a half developing and testing prototypes in order to get what seemed (to me) like "millions"

of tiny details worked out just the way he wanted. This involved asking lots of questions, presenting multiple options, discussing paths forward and ultimately deciding on how to proceed...again and again...and again. Then, after it was all done and the final prototype had been presented to Spyderco, it was either Sal or Eric that remarked that it looked similar to the "Goddard". Both Lance and I went "huh?"..."THE WHAT!??

". Even though Lance is a very dedicated and long-time Spyderco user, and I have collected over 130 Spyderco knives over the past 30 years, shockingly neither of us were aware of the Goddard

. Clearly the Goddard was a great design and I'm disappointed that I missed it. When I find a used one for sale I'll be picking it up for sure.

Knowing how the Siren design evolved organically in Lance's mind from a concept that involved a very specific blade shape coupled with a very specific handle design, and then experiencing how the finished design became what it is through testing and refinement, it blows my mind that there's another knife that is as similar as the Goddard is to the Siren.

It just shows that when you have a knife design/concept that you want to achieve there's only so many ways to achieve it. It also shows that there have been so many knife designs over time that it's beyond hard to imagine something that someone hasn't already done in one way or another.

All said, there are real differences. One important and primary design aspect of the Siren is that it is a corrosion free design that is intended to be used hard and put away wet. This isn't just great for using it in or around water, but a great design feature to have in any EDC knife. Another important characteristic of the Siren is the handle design that is shaped to also comfortably and safely accommodate an upside down grip that can be very useful during fish and other meat processing tasks.

Congratulations to Lance Clinton on a great design! I can't wait to get my hands on one with Spyderco and Lance Clinton logos on it!

Thank you for the great post Chad! I’m sure many on here enjoyed hearing about the process and I definitely enjoyed the trip down memory lane.

For anyone who doesn’t know the story, Chad was an absolutely tireless force during the creation of the Siren prototype. The knife would NEVER have seen the light of day without his effort. We went through a RIDICULOUS amount of changes and never once did he flinch. There were even a couple of times when something wasn’t just right and I can remember hanging my head and saying “let’s just leave it” and Chad would be “nope, lets start over and get it right”. He had an entire cigar box full of “almost right” parts by the time we were done. Absolute warrior. And I can guarantee you that as rewarding as the process was for both of us he was **** glad to be done with me by the time it was over! haha. I’ll never forget all you did for me on this one buddy. That I can guarantee you! Your Siren is going in the mail tomorrow and you should get it next week.

I ordered one last year too before the price increase.

Hopefully mine will be enroute soon too. It will be my first LC200N blade.
-Turbo
Top

Thank you to both Chad and Lance!

I love hearing the back story on stuff like this. I think the similarity speaks to the level of refinement in all Spyderco knives; some designs just can't be improved upon.

Thanks for the background.
I think this means we need a Siren Jr and a baby Siren?
I really love the design - and in all seriousness, do hope for a Siren Jr.
Top

foofie wrote: ↑
Sat Apr 11, 2020 2:31 pm
Thanks for the background.
I think this means we need a Siren Jr and a baby Siren?
I really love the design - and in all seriousness, do hope for a Siren Jr.

Anything’s possible but it will likely depend on how this one sells.
Top

Thank you for the kind words Lance! While I was definitely happy to be done with that project, I wouldn't trade the experience for anything. Life's about the journey and I gained a lot along that section of the journey!

I agree with the others that a Siren Jr. would also be awesome!