I would like to adress this to SAL since Urban is his "Child". Would it be possible to consider locking spyderco urban? Ergos are great, have this great model in two options - locking and slip it - would be great.

I wear Urban more and more since it is such a great performing tool, sometimes I do miss possibility of locking knife precisely looking like Urban.

I know there is Dfly - for some people not so comfortable grip. Then we do have great Chapparal - amazing knife I plan to buy soon... But oh my oh my, Urban stole my heart.

Yep! The Cat is very close to the Urban
Of all the things I've lost I miss my mind the most!
Top

One of the things I like most about the urban is that it doesn’t lock.
It’s so convenient to pull it out, open, make a cut, close and pocket all one hand without having to manipulate a lock.
I agree the cat is a locking cousin.
Top

(though I never even held an Urban, so I can´t really join the discussion)
Top three going by pocket-time: Endura 4 in VG 10/Micarta-scales; Stretch 1 in VG 10; Endura 4 in HAP 40
Top

I love the Urban, and wouldn’t want to change anything about it, except to replace its pivot with one that can be tightened/loosened from both sides.

The Cat seems a roughly-equivalent locking alternative. If you are open to an alternative without a thumb ramp, look at the Lil’ Native. A masterpiece. But, and it’s a big “but”, it lacks the negative blade angle that makes the Urban such an aggressive cutter.
Top

I’m about to try the Urban for the 4th time!

I’ve had the Elmax, K390 and AEB-L versions but preferred the Elmax Squeak, s110v & s30V UKPKs for my legal carry.

I’ve got another K390 on the way to displace the s110v UKPK in my work bag. I think it’s added toughness, marginally lighter weight and even friendlier appearance might be better.
Top

it is trully exceptional knife! It was just a thought. As mentioned, Chaparral might be answer for me and I should collect more Urbans

which I plan to do.

Thank you very much for opinions. 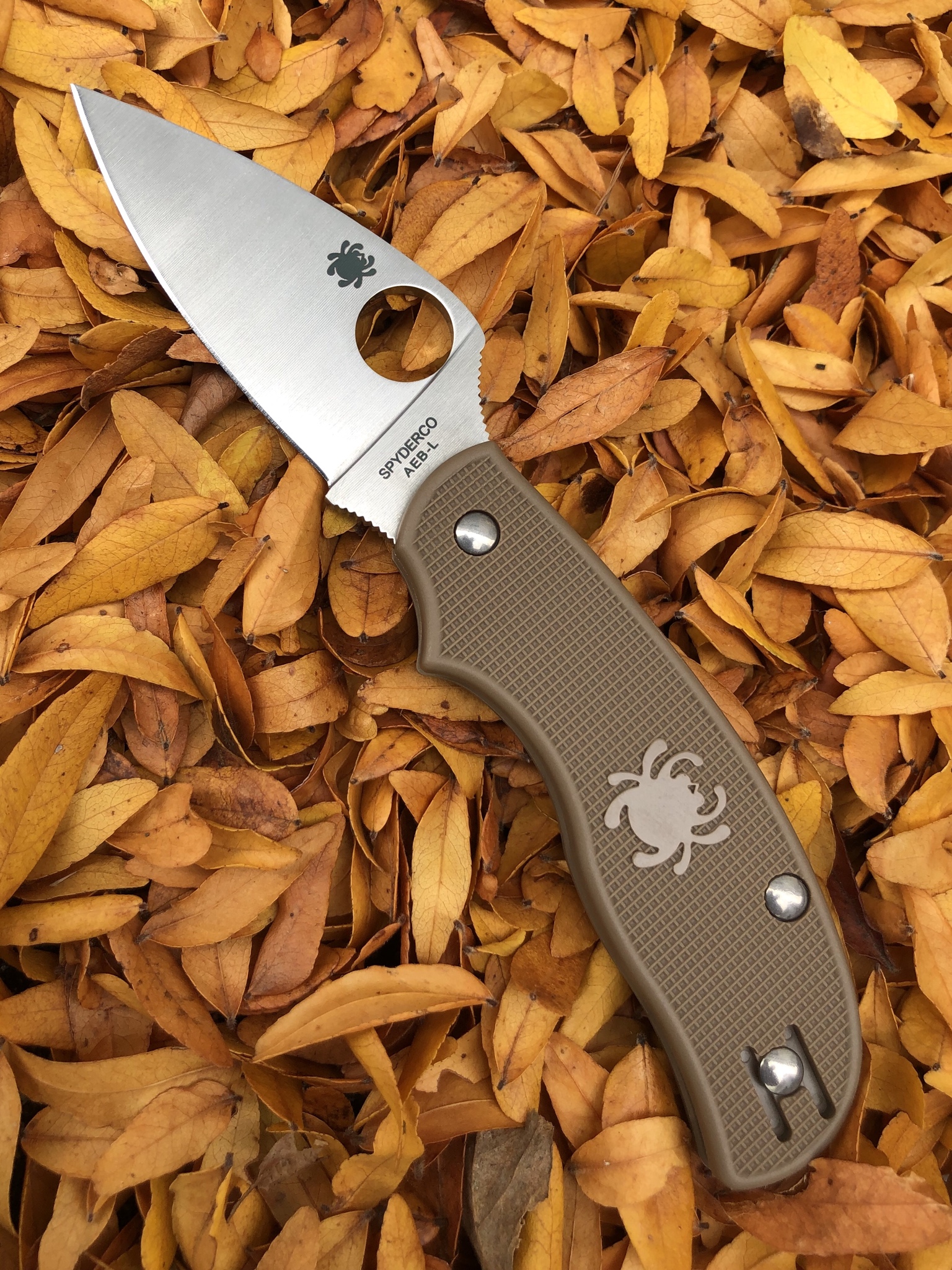 not the best photo, but really one of my favorite duets 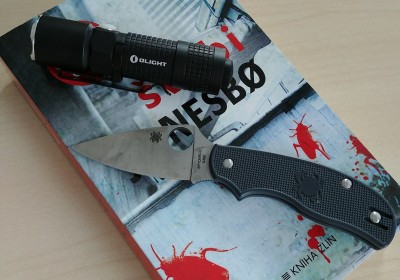 A favorite photo of mine! 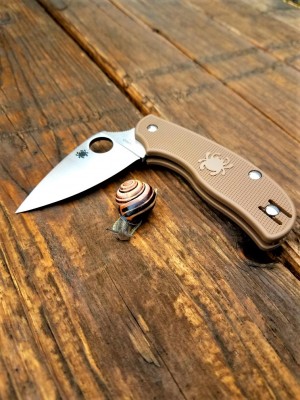 My beloved companion. Best city carry and user ever. K390 steel is just a bonus. Bring in the SPY27 Urban with a blue cobalt FRN scale 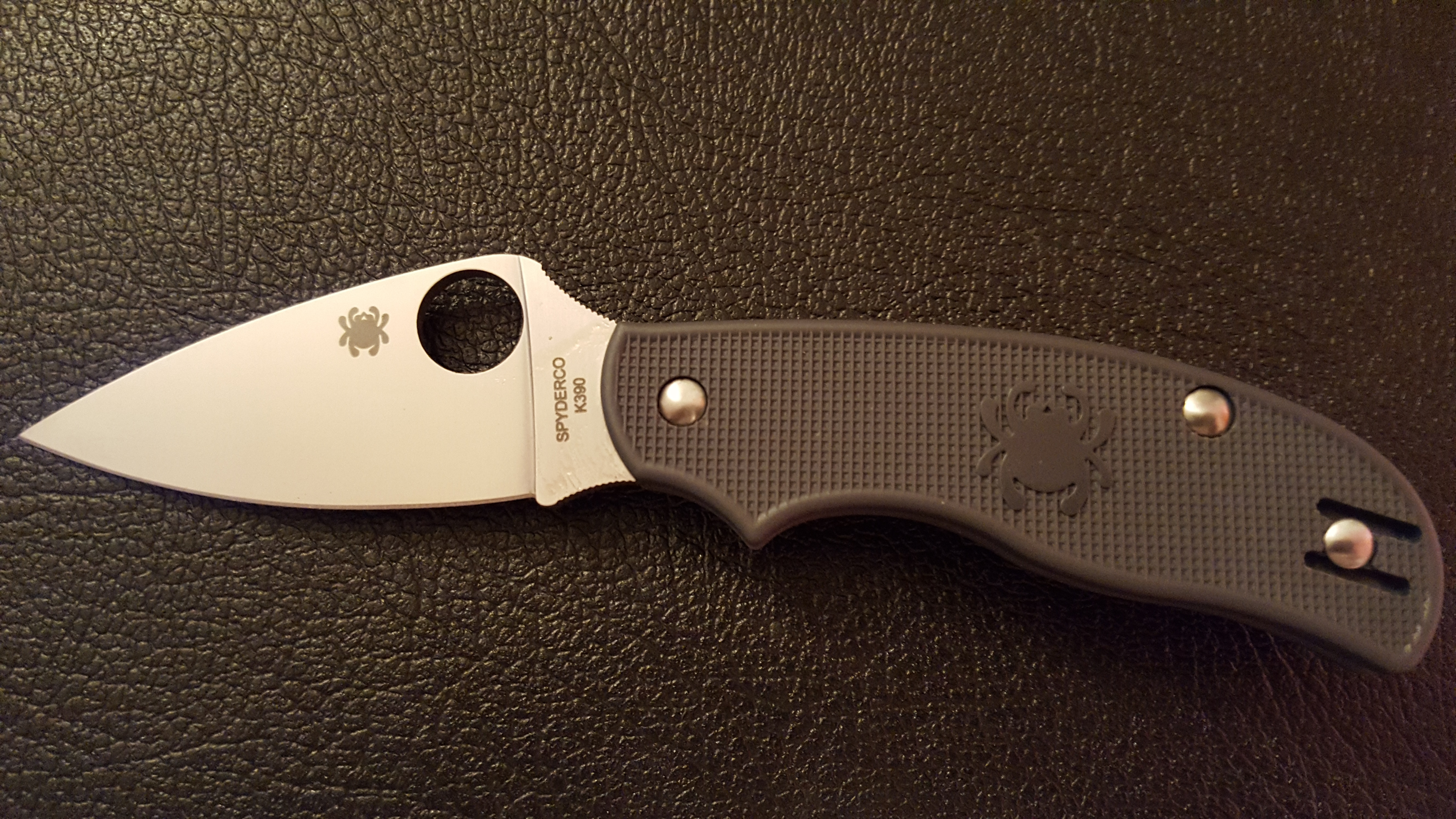 " A mind all logic is like a knife all blade. It makes the hand bleed that uses it " ( Rabindranath Tagore )
Top

Another vote here for the Spyderco Cat as an option for people looking for a locking version of the Urban (I think it is actually slightly cheaper than the standard Urban). I had a Cat for a couple of years and I remember carrying it as my weekend EDC more often than either the Dragonfly 2 or the Chaparral. The only reason I don't have one now is because my brother liked it so much I gifted it to him. I plan on getting another one eventually, especially now that it's being made in CTS-BD1N, which is superior to the Urban's N690Co in wear resistance, corrosion resistance, and especially toughness (the original Cat model was S30V, I believe, then it was re-launched in the budget line with a 440C blade, then later, CTS-BD1).

Interested in the urban myself- does someone have a list of the versions made? I’d love to try a k390
Andy 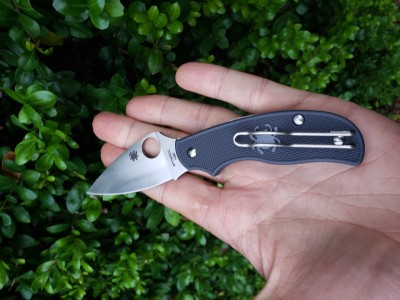 
Here's a link to the Spydiewiki page for the Urban:

http://www.spydiewiki.com/index.php?title=C127_Urban
Do right always. It will give you satisfaction in life.
--Wovoka
Top

The Urban especially the K390 version is one of my favorite Spyderco knives...period. 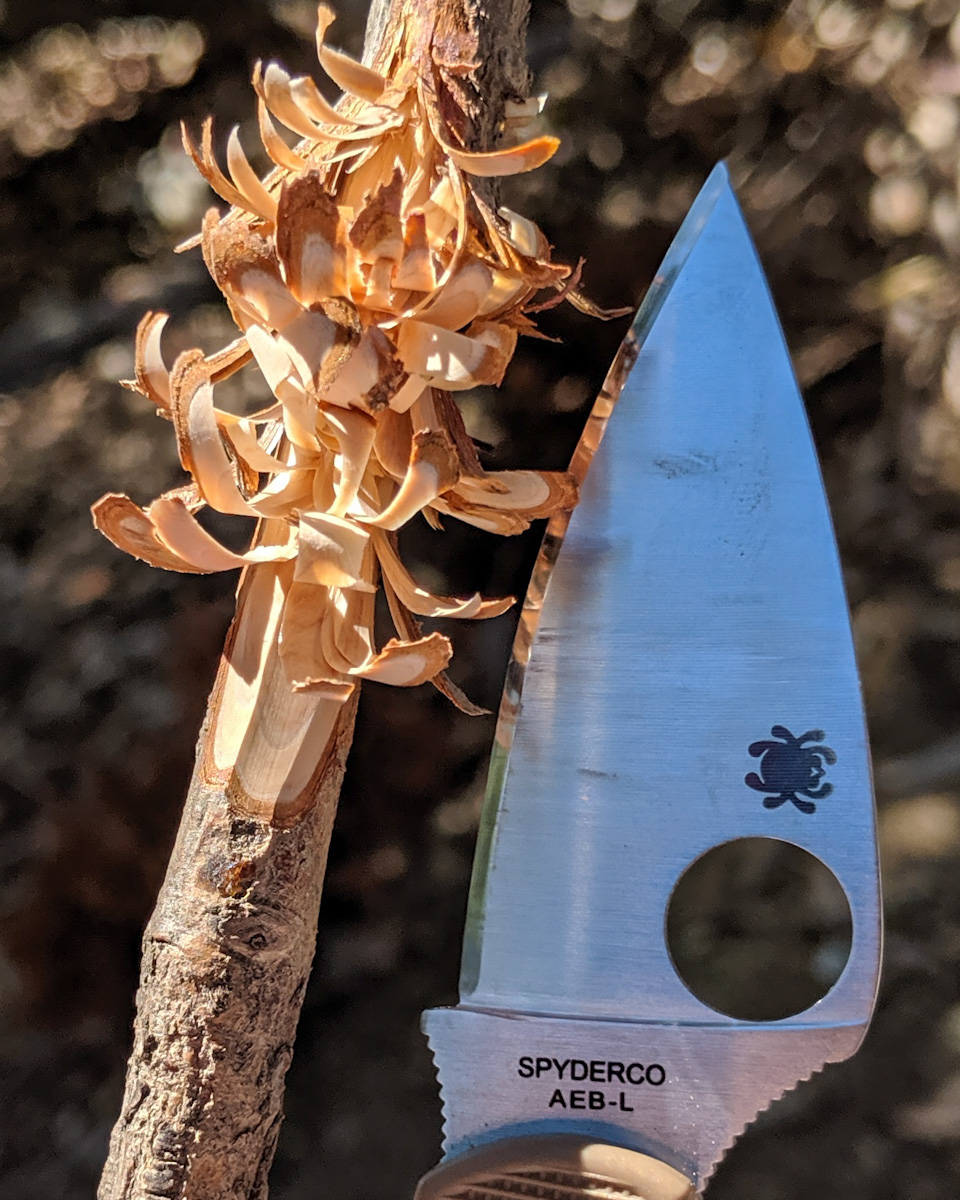 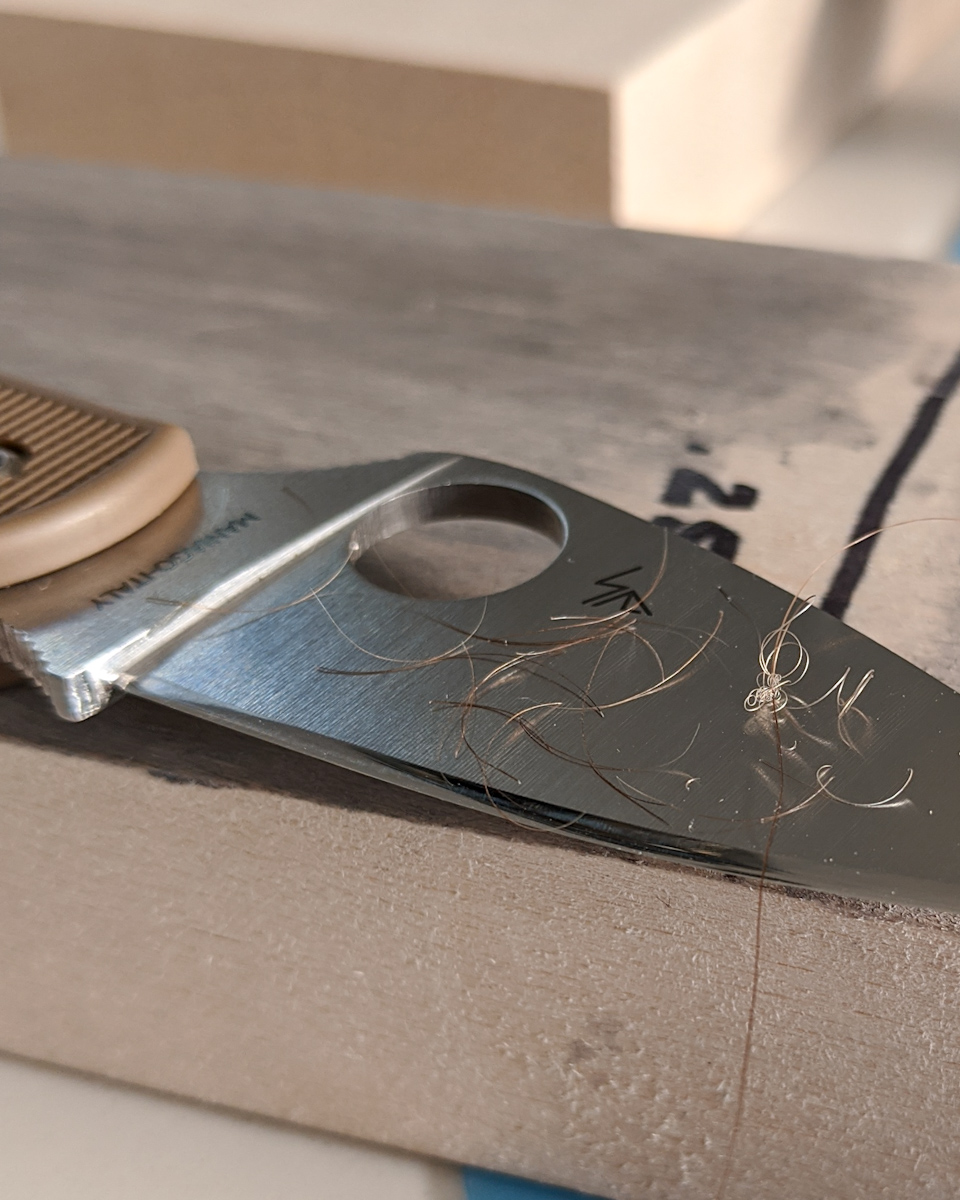 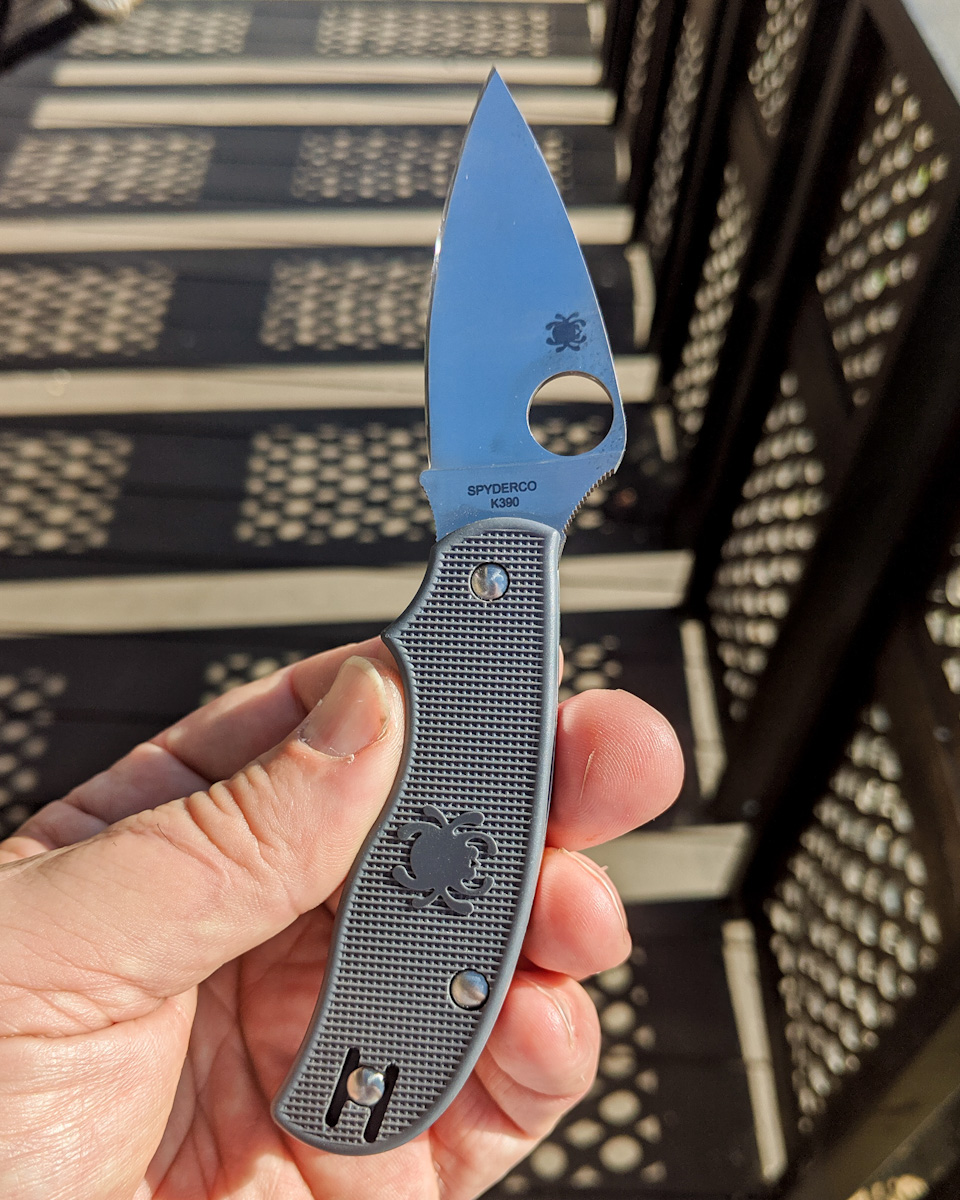 If the Urban stayed exactly the same shape and ergos, I’d love it in a back lock.
- best wishes, Jazz.
Top

In some European countries (Germany, I think, is one of them) you can have either a one-hand opening knife or a locking knife, but you can't have both. The Urban fills this role nicely. I too wouldn't mind a back lock on the knife, but as an office drone I don't really need it.
Top