The Pro-Grip was one of the knives that I fantasized about when thumbing through mail-order catalogs as a kid with no spending money. This is a different animal with the regrind, but still very cool.

What's even cooler is ShaneInDenver doing this giveaway!

I'm in. Great job on the regrind

. I appreciate the chance to win this one-off instrument. I've never been involved in a GAW.....Cool
The sword the body wounds, sharp words the mind.
- Menander

I’m in, such a great gesture

Im a vegetarian as technically cows are made of grass and water.
Top

I love all of the enthusiasm! And I also think it’s really neat to take a knife like this and give it a second chance. I’m kind of new to regrinds and mods in general, so making the spine flat to give it the shape of a delica seemed like a very logical option for me. Thanks for all of the kind words and please keep those entries coming!
Top

I’m in. Thanks Shane!
Like others have said before, it’s a nice and generous gesture.
Top

Your Mom would be proud of you.

Oh cool, I'm in. Thank you for your generosity

Pretty cool looking regrind and a great job at that! I am in!
Top

Alright folks! The give away is officially closed and I have randomly selected a winner. I'd like to say thank you to Sal and the whole Spyderco Crew for always being so kind to the knife community.

And with that the winner is DirtMcGirt! Congratulations and I will be reaching out via private message for your shipping information.

ShaneInDenver wrote: Alright folks! The give away is officially closed and I have randomly selected a winner. I'd like to say thank you to Sal and the whole Spyderco Crew for always being so kind to the knife community.

And with that the winner is DirtMcGirt! Congratulations and I will be reaching out via private message for your shipping information.

Holy cow! Thank you ShaneinDenver for such an amazing, generous prize! I can’t believe I won! This is going to be a very special piece to me, with a special place not only in my collection, but in my edc rotation as well. It looks like it is going to be a great companion, and will be pocketed often. Thank you so much Shane for sharing in the fun of the SFO Seconds Sale that a lot of us can’t make it to!
“In the book of life, the answers aren’t in the back.”
-Charlie Brown
Top

Knife was delivered this morning. Luckily I’m one of the first stops on my postman’s route, so I got to take it to work with me today. And Thursday is a donation day too, so it got to see a ton of cardboard. I gotta say, this combo edge made short work of some pretty thick double wall produce boxes. And your serrations were also push cutting just as nice as the plain section. The straight spine mod looks like it came that way from the factory. Amazing work! This is such a solid little knife. I’m so very happy to be the lucky recipient. And I promise I will cherish it not only as a high quality pocket knife, but as a token of the generosity and community I am proud to be a part of. And I hope that I too can make a second sale trip of my own one year. Thank you ShaneInDenver! This is unbelievably amazing. Even a seconds sale sticker included too! 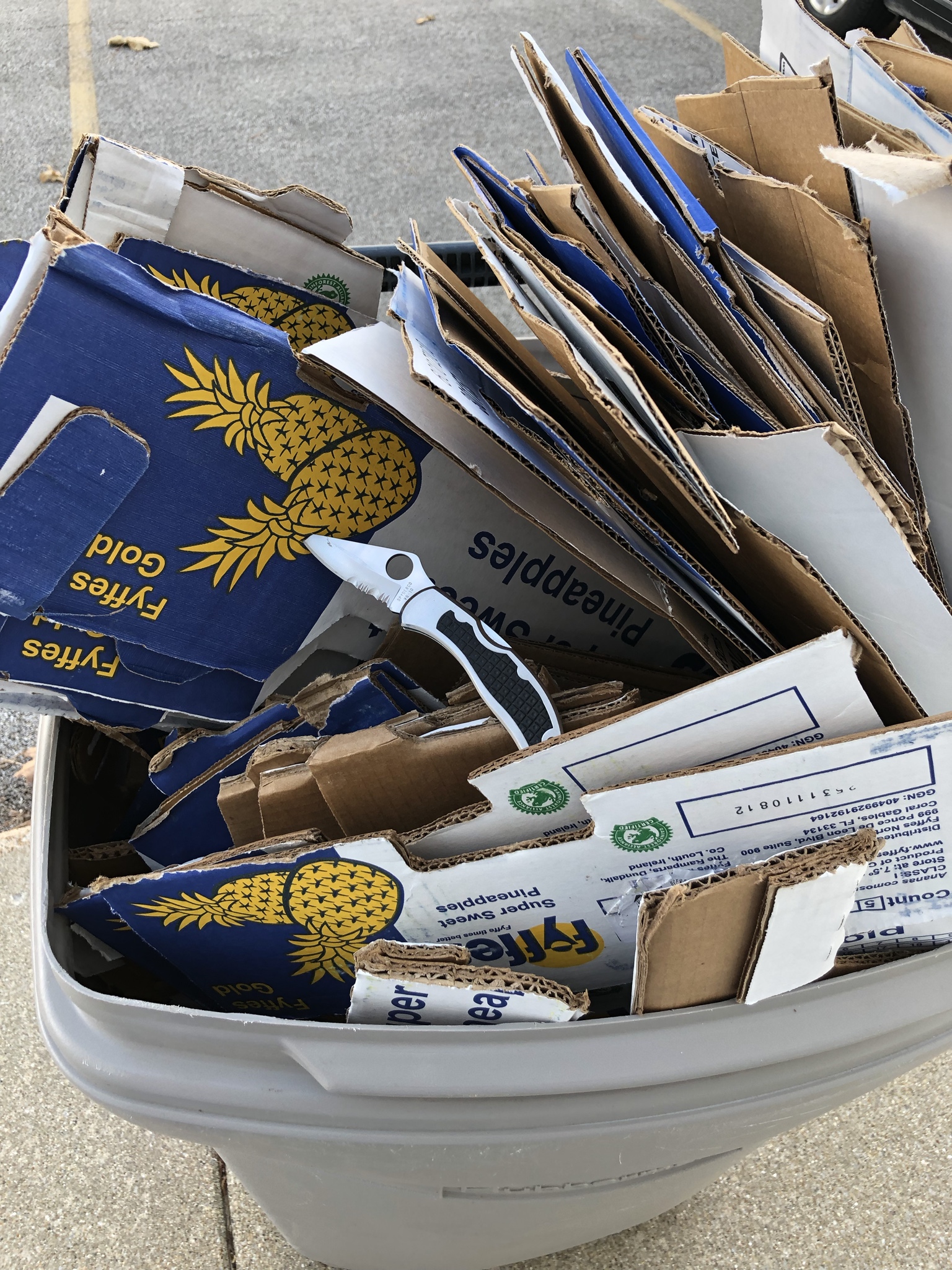 Nice! Putting it to work already, I love it!
Top

Shane, good on ya. It looks like a fantastic regrind. You saved a distressed Spyderco and gave it new life, and made someone’s day. Very cool.

Dirt, enjoy! That thing looks mean! Makes me want to go toothpick one of my delicas.