A Spyderco Military S30V Black G-10 which I bought for $103 in September 2005 will now be around $196 after price increases and CA sales tax. The cumulative inflationary price of the $103 in 2005 to 2018 is only $132. I'm not saying that the Spyderco Military should be sellling for $132 now but certainly approaching $200 is getting a little ridiculous.
Top

Agreed. I don't have a solution though. I just have to buy less knives as the price continues to increase. The problem that I see is that the price of knives (and a lot of things) are increasing faster than people get wage increases. It may be higher than cost of living and inflation too, but I'm not sure. I've just accepted the fact that I have to buy less. I'm just glad I can still buy some here and there.

“I'm callin' you ugly. I could stick yo face in some dough and make some gorilla cookies.” - Fred Sanford
Top

My worry is that there is another option, you can buy a massdrop lacinuco, a steel will, and a lot of other great knives for that inflation value of $132.

You can buy the same amount of knives from other brands, vs a smaller amount of spydercos.

Again, I want to support spyderco, but the prices are starting to fall out of the competitive range.
Top

You get what you pay for and you buy what you like. Prices go up, that's life. Do you ever go grocery shopping? A car dealership? Even McDonalds?
Can you find it and can it cut?

There are people, and more all the time, who only care about price. They will complain later about the piece of rubbish they bought failing, but then they will go out again and buy the cheapest thing.

Just a couple of days ago I was talking about flashlights with a friend. I had just ordered a very well regarded "Convoy S2+" light for just under $20 direct from China. What does he do? He offers to show me a cheaper knock-off of this already bargain priced flashlight! He is a chronic case of "buy the cheapest thing scraped from the bottom of the barrel". I am working on him. But this attitude seems to reflect a sizeable portion of the general public, at least in the USA. I think we can rest assured that Spyderco is not going to chase after this market.

And hey, Anteck7 -- nice post. I thought I had given up on this thread. I am glad I checked back in.
Top

I wish i had the America prices,, early 2017 i bought a Pm2 dlc digicam from a Norwegian online store for 285$.. I now order from Finland, and i save a few $. Bying spydercos in Norway is expensive..

The way I see it, it just means more killer discontinued deals and discounts in Nov-Dec 2019. That’s about the only time I buy knives anymore. But my decline started during the MAP era. Price increase doesn’t bug me as much as the apple style price tactics do.
Last edited by jtoler_9 on Wed Jan 02, 2019 4:24 pm, edited 3 times in total.
Top

i don't think anyone is questioning that prices go up. the question is how much they actually go up, how often they go up, and how it affects the consumer.

as i stated before, it makes sense that prices would increase and the consumer would feel that. what doesn't make sense is that a company would eat losses for any period of time and wait to raise the price every year on the new year. that makes the increase seem arbitrary. costs don't magically rise on the new year.

this is all especially noticeable when other companies are offering similar materials and quality for less. when it's something you can't get elsewhere, that makes sense to an extent, but the shaman is a prime example... it's a g10/s30v knife for way too much money. i considered it at $150, but it's not even on my radar for $180.

this is what people are talking about. it's not that we aren't willing to pay for a product we like and even pay a little extra to support a company we love, but there is a tipping point and it seems some people are getting there.
Top

how do these differences make sense when these are all s30v knives with g10 handles and compression locks? is it because the li'l temperance is made in japan? was there really that big of a demand for a li'l temperance in g10 and s30v? that seems odd to me.
why is the shaman so much more than the paramilitary? i guess thicker blade stock, stonewashing, and contoured g10 costs an extra $47? maybe it's the fact that the shaman is newer so you're still paying for production costs, but i doubt that's it since it took such a huge jump last year and still got a bump this year. wouldn't the price go down as spyderco recoups the initial production costs?

look, i'm not going to pretend i understand production and business. neither is my specialty. all i know is that, as a consumer, i'm seeing prices rise in a way that also raises flags for me personally. i'm not trying to turn anyone off from spyderco knives and i'll probably still buy a couple of them myself. that said, i will never own a model that has a price that doesn't make sense to me. i imagine it's the same for everyone.

feel free to see this as ignorant whining. i'm just putting my thoughts out there. if i was in the market for a g10/s30v/comp lock knife (aside from the yojimbo on it's way to me right now), i can tell you which of the above is somewhat justifiable and would be my choice, even though it's not necessarily my preference of the list.
Top

Looks to me like the price increase hit Japanese made knives more... the Delica 4 increased quite a bit as well... it's now $78 for a Delica.
Top

My gripes with 2019 prices on knives that were made in 2017 have been made in this thread already, but talking about the price difference between the lil temp, shaman, pm2....

The little Temp prices have to do with it being made in Japan. G-10 is expensive to manufacture in Japan, and as a result I think Sal indicated that they will only be focusing on FRN models from there for the foreseeable future.

I am a longtime collector and user of Spydercos and other great knives. I've been away from the forums for some time (my old handle is Qboy) but I posted quite a few times for a period of years. I have owned many, many models. I still own probably twenty to thirty of my favorites. I just visited today and was browsing and saw this and a similar thread on price increases. I am pretty stunned by the prices of some of the collector oriented knives when I run across them. Still, at the end of the day I'd be hard pressed to find a knife in the same price range as the Native 5 that is a better deal. I see the market as having split into one in which there are the collector knives and the users. I am never going to be putting my Shabaria to hard use. On the other hand, I just found a SS Endura I bought in 2000 or so that has been a hard worker and, aside from the scratches, it is in awesome shape. The Native 5 is just such a knife.

I don't buy Spydercos much anymore...I have more than my fair share. The last ones I bought were two friction folders being closed out at SFO for $50 each. Helluva deal. I have enjoyed my Spydercos immensely over the years and it has always pleased me to carry a Golden_made blade. Spyderco knives are, quite simply, special.

So, in closing, you pay more for a Spyderco than you do for many run of the mill knives. And you can cut stuff much cheaper. But Spyderco makes knives you might leave to your kids and grandkids and that kind of quality does not come cheap.
Top 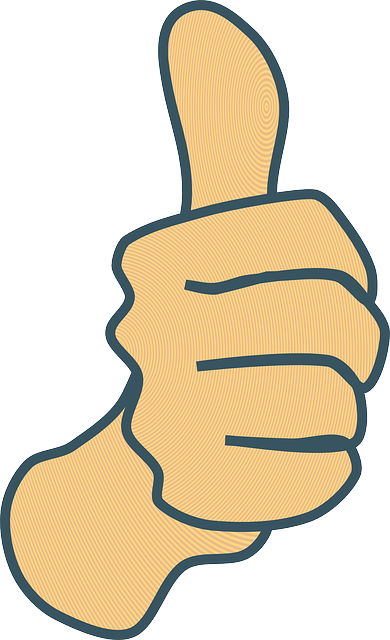 Can you find it and can it cut?

I don’t buy new from dealers anymore. In part because I enjoy hunting for a deal. Also because I don’t like to take a big hit if I decide to sell the knife after light carry and use.
To me there are still some great values in the Spyderco line.
Top

ABX2011 wrote: ↑
Thu Jan 03, 2019 5:34 pm
I don’t buy new from dealers anymore. In part because I enjoy hunting for a deal. Also because I don’t like to take a big hit if I decide to sell the knife after light carry and use.
To me there are still some great values in the Spyderco line.

So where do you buy from? Do you strictly buy/sell n the secondary market?

I wonder if this has to do with currency exchange rates between the US and Japan.
Top

Secondary market and eBay using "best offer" and coupons. I will buy from a dealer on closeout or for a dealer exclusive or sprint.
Top
Post Reply
171 posts