I was always a fan of FFG Spyder Edge. I wouldn't mind seeing an Endura or Endela in FFG SE.

But both come in full flat grind serrated edge anyway... ?! Actually an Endela SE is in my pocket right now... 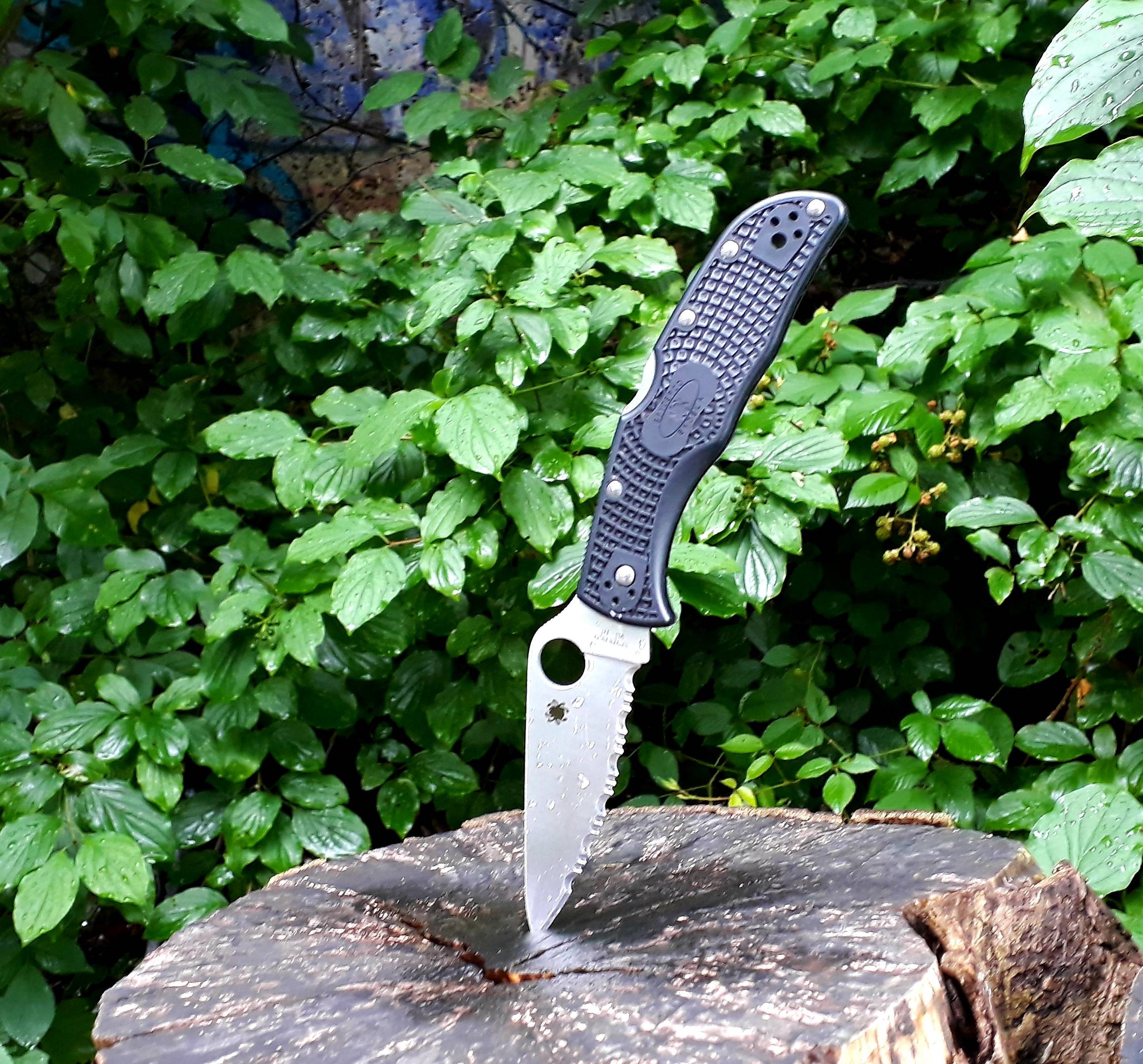 Evil D wrote: ↑
Fri Jul 26, 2019 5:56 pm
Just throwing it out there, I got a second Caribbean today and the serrations are among the sharpest edges I've ever felt, including blades I've sharpened myself, including plain edge blades. This thing is stupid sharp right out of the box. The folks in Taichung really seem to know how to lay down some serrations and I think we need more of that. I've been thinking about sending a Sliverax off to have it custom ground, but I would jump all over a production SE Sliverax.

Hey dude I forgot to ask you if you had that done before yet? I've heard good about Wiley Knives and I've heard about another knife maker over at BF that does custom serrations. I'm thinking about having one of my PE Dodo models done but I want some testimonies of their work first>> or better yet I would like to see their SE patterns first hand. But I would certainly want to know which pattern they are using. And I'm wondering do to possibility patent infringements if you could legally do a model with serrations similar to Spyderco's? I heard that when they started calling their serrations the Spyderedge back in the late 90s that hey had those patented and trademarked. Although I've seen a number of serrated and combo edged blades of other manufacturers very similar to Spyderco's>> if not an exact copy?
Albeit I'm not opposed to other serration patterns and I wish Spyderco would check into different patterns at some point. But I would prefer to test drive them first.
But both those models you mentioned would be well welcomed to the main line up I'm sure. I'm still confused as to why they don't offer the TUSK in SE especially when it's marketed as a marine type knife???


I haven't myself but at least a few guys here have and from the looks of it they do Spyderco pattern pretty good. The only problem (of sorts) is that since they're cut on a traditional V edge the back side of the serrations have leftover bevels on the tips of the teeth. Because of that I was also looking to maybe have the blade ground flat on the back so it's a chisel grind before the serrations get cut.

In the end that'll all add up though. I would MUCH rather Spyderco do it themselves. Honestly I'd even pay a few bucks more if necessary. I think the Sliverax is perfect for SE, the negative blade angle will work awesome with serrations in pull cuts.

Yeah I couldn't agree with you more. Even if Willey Knives could do a superb job there is still nothing like the "Real Thing". I wish Spyderco would at least consider running about 10% of every model that they make in SE>> I'm 99% certain that they would at the very least sell that many in SE. That would also encourage more uses of Spyderedged models.
And if Spyderco does it themselves you can be 100% assured that there will be no problems with the steel being overheated in that process>> because I've never had a Spyderco factory serrated blade that ever had that problem. But as frustrating as it's been to try to nail a Dodo model in SE it's beginning to look like Willey might be the only option. But I do hope we can get that changed

Agreed would love some models in Cruwear and Partially Serrated is my favorite. Best of both worlds.
Top

Doeswhateveraspidercan wrote: ↑
Sat Jul 27, 2019 4:21 pm
Agreed would love some models in Cruwear and Partially Serrated is my favorite. Best of both worlds.

Not sure how good Cruwear would be for a serrated edge. Because some of those supersteels are kind of on the brittle side for Spyderedges. They sure found out the hard way with ZDP-189

However I've discovered that CTS-XHP is indeed a great steel for Spyderedges. And if they want to make a C-44 Dyad with XHP I won't argue one bit.

Another point I think I see you're trying to make>> if you had to leave you house in the morning for a day of work you would opt to take a fully serrated blade>>And I'm getting that way more and more myself.

I was always a fan of FFG Spyder Edge. I wouldn't mind seeing an Endura or Endela in FFG SE.

But both come in full flat grind serrated edge anyway... ?! Actually an Endela SE is in my pocket right now...

****, that's pretty nice!
-Brian
A distinguished lurker.
Waiting on a Squeak, Pingo, and Cliptools with a Split Spring!
Top

Interesting!! Because I'm hearing that identical story over and over again. My very first Spyder in the Spring of 1995 was a full SE, GIN-1 Mariner model with Stainless handles. It was actually over a year before I got my first PE Spyder.

And for all those who literally "CURSE"!!! the combo edge>> all I can say is that when you encounter a steady job that needs occasional rope or cordage cutting then you'll wish you had one. Not everyone needs a full SE Spyder like I do>> but virtually everyone could find uses for a combo edge.

And the SE Endura you mention for it's price is an astounding tool for all kinds of cutting chores.

I personally would love to see the Caribbean or Tusk available in a Combo Edge, or even the Cruwear Shaman as well. Just something easier to sharpen with all the serrations. As for full SE, I usually reserve that for knives that are around $100 or less because they are purpose blades, like the Salt I leave in my truck.

YES YES and YES! Combo edges need a comeback. It's getting harder and harder to track down an old combo edge and I keep contemplating having serrations added to the new models that never offered them. I'd love to see Spyderco try a combo edge with the serrations on the middle or forward third of a blade as well, maintaining the PE section in the rear for clean slicing.
Top
Post Reply
66 posts