Are there two hand opening locking knives by Spyderco?

I also think that the idea of a lockback that locks open and closed, which was dismissed earlier for being difficult to unlock actually makes a lot of sense. This knife can simply be based on the Delica or the Native, reducing overhead and allowing us to get an FRN model out there relatively cheaply. The reader can follow along with my thoughts by taking a Delica 4 Lightweight in hand.

The closed position lock need not be as deep as the open position lock. From the closed position, a user need only pinch the lock between the index finger and thumb, with the thumb on the scales and the index finger positioned sideways against the lock. The grip is not completely dissimilar from opening a SAK or other slipjoint, with the main difference that a user is adding some pressure to the lockback to raise it a little bit.

The lockback is still engaged with the blade, but out of the closed position notch and now at the starting height of a ramped portion of the blade's tang, so the user must still pull the blade open to overcome the rest of the lockback's spring action and fully open the blade, ensuring two-handed action.

The only trick here is that the knife's scales must be a little more squared than rounded off on the inside grip (the scalloped side with finger grooves) in order to provide the necessary purchase to unlock. This could also be addressed by making the blade of the knife a little shorter so that a person could hold the inside grip with their thumb and squeeze the lockback with their index finger.
Top

Welcome to our forum.

I spent a fair amount of time on the German knife forum trying to come up with a THO locking folder. We could not come up with anything that the forumites there were satisfied with.

1. Any locking knife can be "Spydie dropped" if the blade is exposed enough to grasp with the thumb and index finger.
2. If there is any portion of the blade protruding from the handle enough to get a thumb on, one can learn to one hand open the knife (as I did when I was young with a Buck 110). So plugging the hole does not work.
3. We made a number of knives with very small holes and customers were still able to get enough purchase on the blade to open them with one hand.
4. The models that I have seen that were "approved" by the government, I can open with one hand one way or another.

We would be happy to design and build knife for the German market if we can get a way that really works and the German market would want it. The only thing that I could come up with for the German market was a "Roadie" style model a thin light blade with none of the blade above the handle when closed and only the double dent was exposed at the tip. This along with a very stiff lock-back could work, but the German knife buyers all didn't like the look and I eventually abandoned the project. We can work on a design here if you like, but so far, none of the options suggested would work. A locking knife, by its very nature has less friction/pressure on the blade to keep it closed against: Spydie drops, inertia opening or thumb opening.

How would you accomplish the task?

It's always the question how far one wants to go. Even SAKs can be opened using just one hand in a similar way as you mentioned and still nail-nicks usually are a hint that you can carry the knife without trouble in Germany. Böker hat a line of "carry legal" knives (all knives with a 42 in their name) I think most of these knives can be opened with one hand using some kind of trick or move. But they don't support this feature by any means and that's usually enough (don't let too much of the blade stay out of the handle, don't add a hole that acts as an opening aid etc). I know nobody who ran into trouble with one of these knives. So IMO it would be sufficient to take any THO Spyderco knife and remove the hole in a way that leaves no place to put you finger on the blade in order to open it.

If you want to go for 100% two hand opening I will have to tell you that even though my collection is aimed to be 100% German legal I have only one knife that might be considered 100% two hand opening: The Lionsteel Big Daghetta. The opening pin/ screw can be removed. Once you have done that you cannot open it with one hand, even with training and wear. That's because the Lionsteel lock (called TOL - described by Gianni here: https://www.bladeforums.com/threads/tac ... ck.799601/) works a bit like a combination of a slipjoint and axis lock: You will have to open the blade against the tension of the spring and thus it is the only folding knife I have that cannot be "spydie-dropped".
Top

NicoColt1911 wrote: ↑
Tue Feb 27, 2018 7:16 am
[...]might turn out bad since there is one judgement that deemed the Böker Griploc to be an Einhandmesser because of it's "eleborate mechanic" was "locked by the hand" and "doesn't close when used under normal use conditions". Now IMO this judgement is bullshit and also there is no Spyderco knife has an mechanic as advanced as the Griploc's (even the PITS "only" has a spring that can hook to the blade when you press it) but you never know. Two handed opening knives are much less of a hassle. You can show it to the cops and as long as it doesn't have a black blade or such there is pretty much nothing they can do.
For me that is an advantage. Furthermore I personally prefer big knives that lock and I don't mind two hand opening that much. So it's also a matter of personal preference of course. A two hand opening PM2 would be my dream knife from Spyderco. I will have to see if I can modify a PM2 to fit my needs.

The German BKA defined the Griploc as a locking knife (due to the easily one handed accessible locking lever at the back of the knife). It would not likely be necessary to go to court because of a non locking, one-hand-opening knife, beacause: 1) the police is, in the first line, able to confiscate each knife, regardless if legal or not 2) you can contradict the fine from authorities, the clerk should know better, check the law and you get your legal OHO-Slipjoint back (so happened e.g. with a Byrd Tern in Bavaria Germany (Source: messerforum.net).
I´m not aware of any judgements in Germany defining a One-Hand-Slipjoint as "forbidden to carry".

Most "two-hand-opening knives" are easiliy to open with one hand, so the ice is much thinner here regarding legal aspects...
There was a poll in a German Knife Forum about a 2HO-Knife from Spyderco for the German market, Sal participated there, but as far as I remember the project was not pursued.
Top

skeletor wrote: ↑
Fri Apr 06, 2018 2:35 am
The German BKA defined the Griploc as a locking knife (due to the easily one handed accessible locking lever at the back of the knife).

The BKA just stated that it is a one hand opening locking knife without going into detail. The VG Wiesbaden however (who asked the BKA for their opinion in the first place) made it clear that the easily accessible locking lever at the back of the knife doesn't play a role but that the mechanism that prevents the blade to close as long as you hold the knife should be regarded as the lock.

Böker then went ahead and removed the little lock anyways just to change the design and prevent future courts from using the BKA's report again.

Ultimately it is a matter of taste but I'd personally rather argue that a knife is designed to be opened with two hands instead of attacking the argument that a mechanism that was designed to keep the blade open isn't an "locking mechanism".
Top

I know that judgement of the Verwaltungsgericht Wiesbaden, fortunately it is not a Supreme Court case law. There are some other interesting points of the VG Wiesbaden in this judgement, e.g. concerning Friction Folders...
And of course, a Slipjoint has nothing in common with the mechanism of the Griploc...
Top

Why did this turn into such a political/knife laws thread? It would just be nice to have a knife that locks, and doesn't have a Spyderco hole opener.
- best wishes, Jazz.
Top

I want to see a specialist Spyderco Pacific and Atlantic Salt and also Endura and Delica models, with special two hand opening features that make it impossible to open them with one hand, so that voids and nullifies all anti-knife laws against one-hand openers.
Top

Jazz wrote: ↑
Fri Apr 06, 2018 7:03 pm
Why did this turn into such a political/knife laws thread? It would just be nice to have a knife that locks, and doesn't have a Spyderco hole opener.

I have to agree. Just an ordinary two hand opening locking knife would be nice. 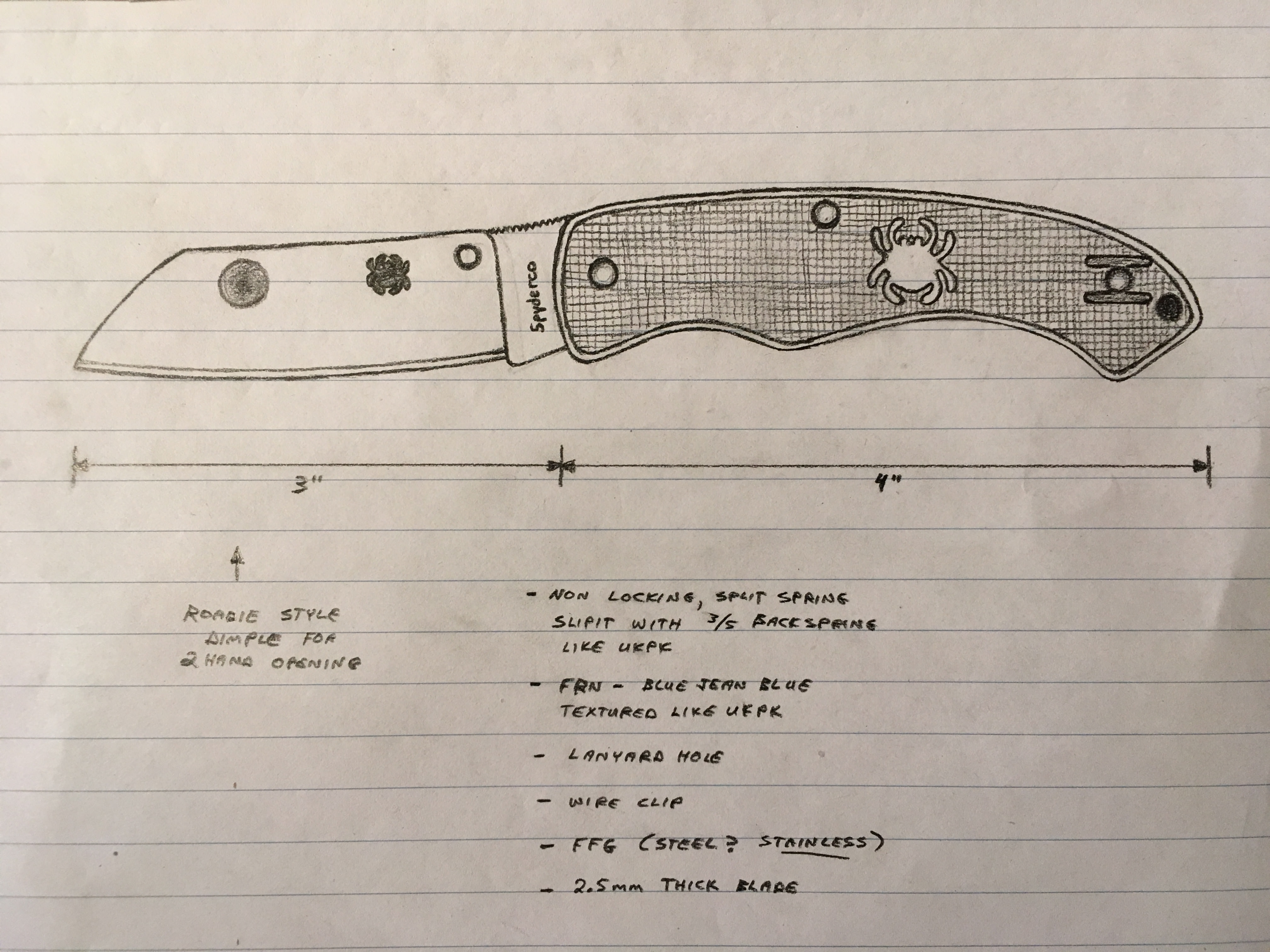 With this lock, and maybe no opening dents or anything?.... 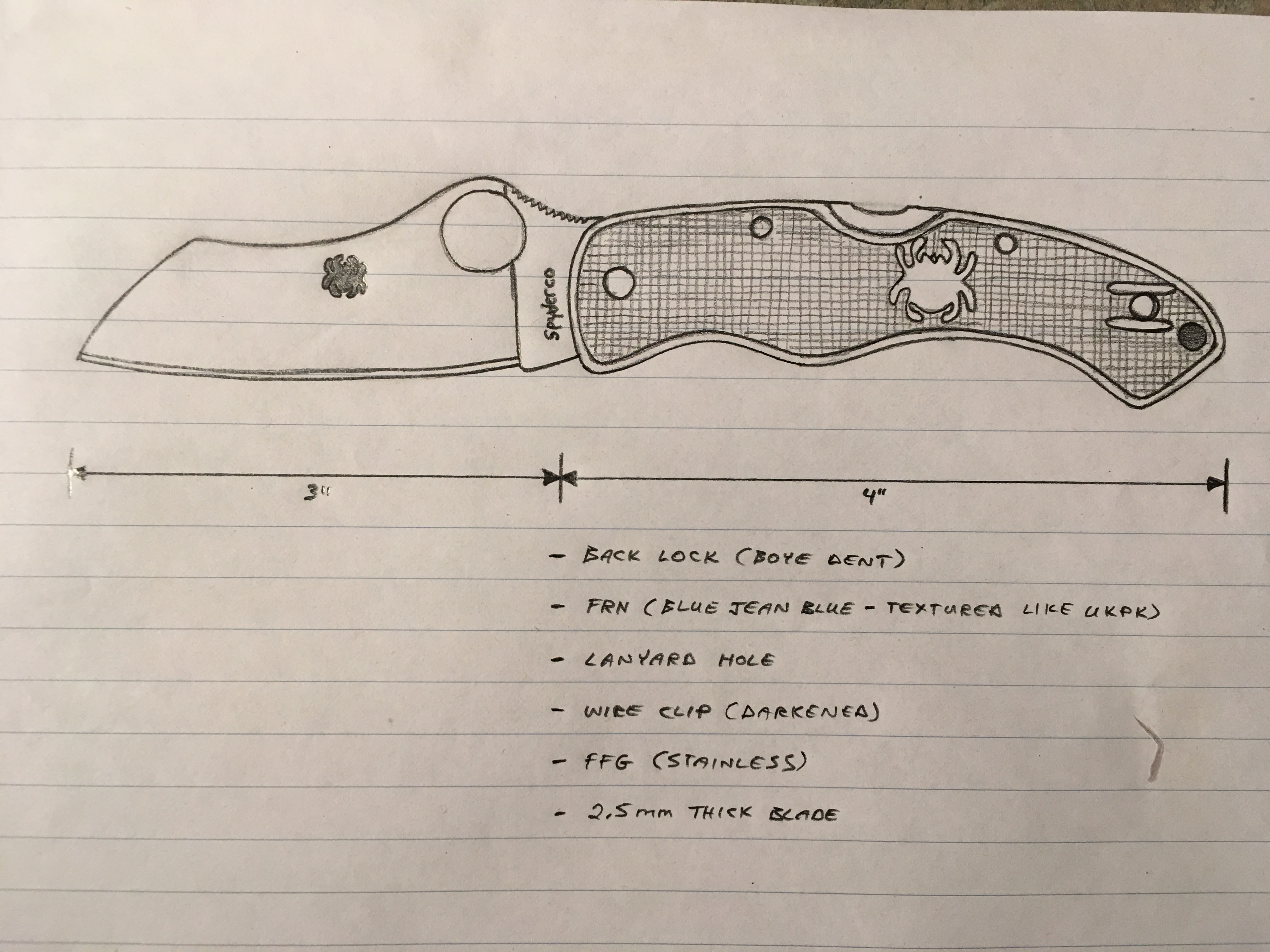