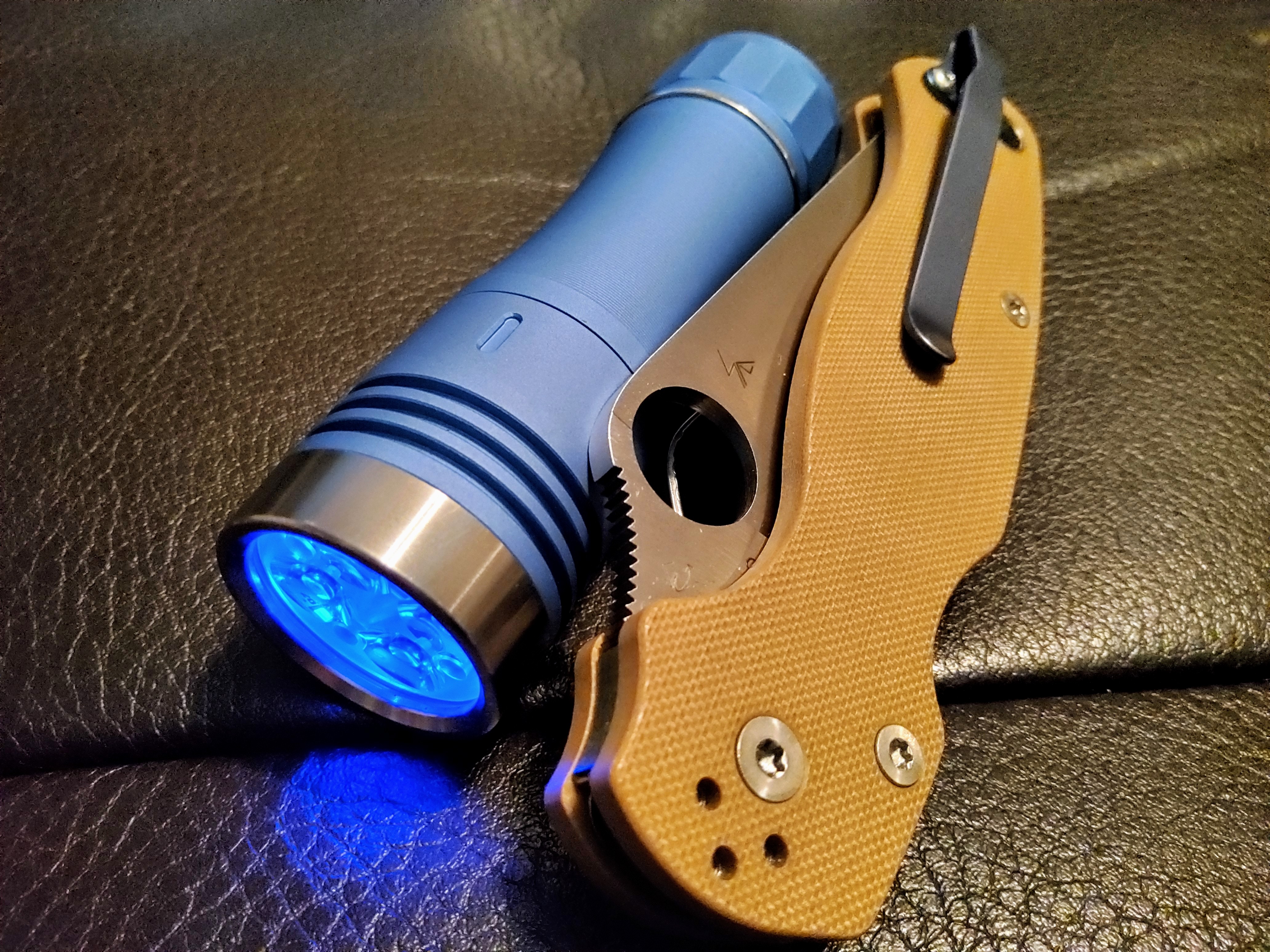 This right here is the best folding knife ever made, paired with the best flashlight ever made. I have two of each, plus a couple of the KR1 throwers in W1 red and W2 white.

I knew clicking this thread was a bad idea. Now I have some lights to buy.

This whole forum will do that to ya! 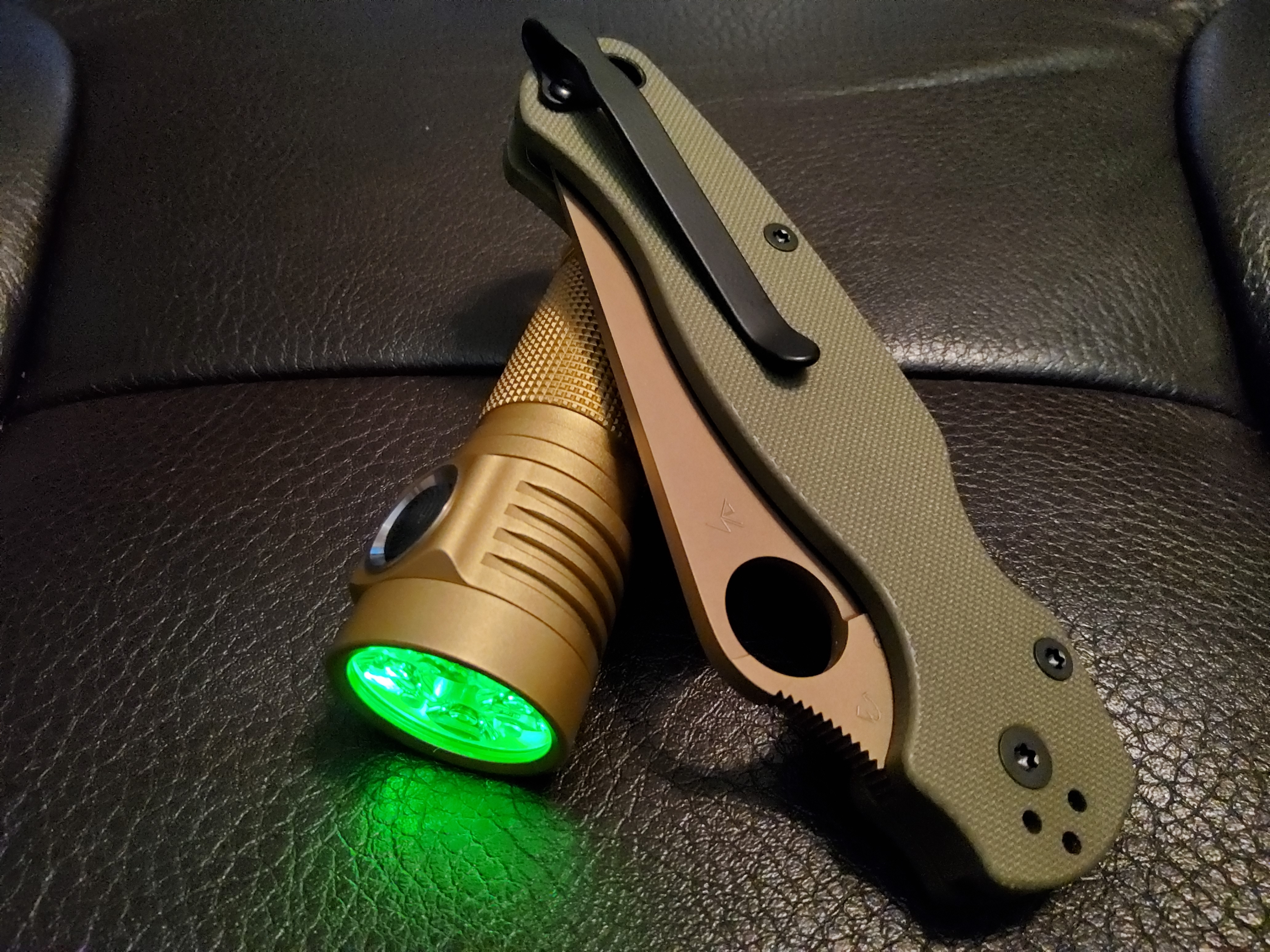 I think that's the Lil Brother of my fav which is the E2D Defender. I bet that's the unit just about like it that runs on one battery ( 123A). Surefire has undergone a lot of changes over the years but I still like them. About a year and a half ago I got one of Surefire's 6PX Pro models. It's got a few more lumens than my E2D Defender model but they are both nice and extremely dependable.

I've always had great luck with Surefire's warranty and repair dept. Almost as good as Spyderco's. I was just talking to an old friend who said he bought a new flashlight made by "Four Sevens". I've also been kind of impressed with Fenix as far as low cost models. But I'll probably stay with Surefire for the near future.
Top 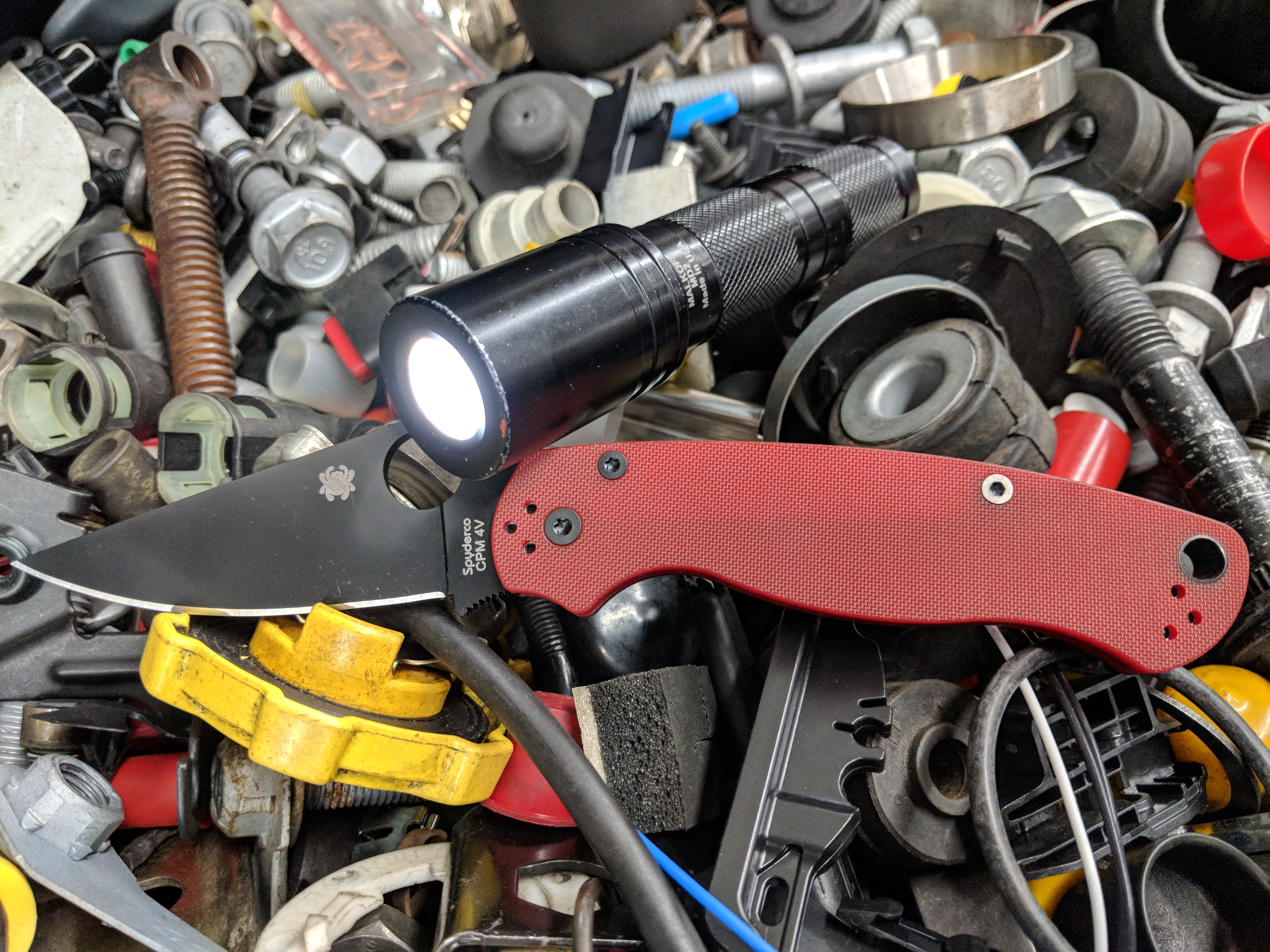 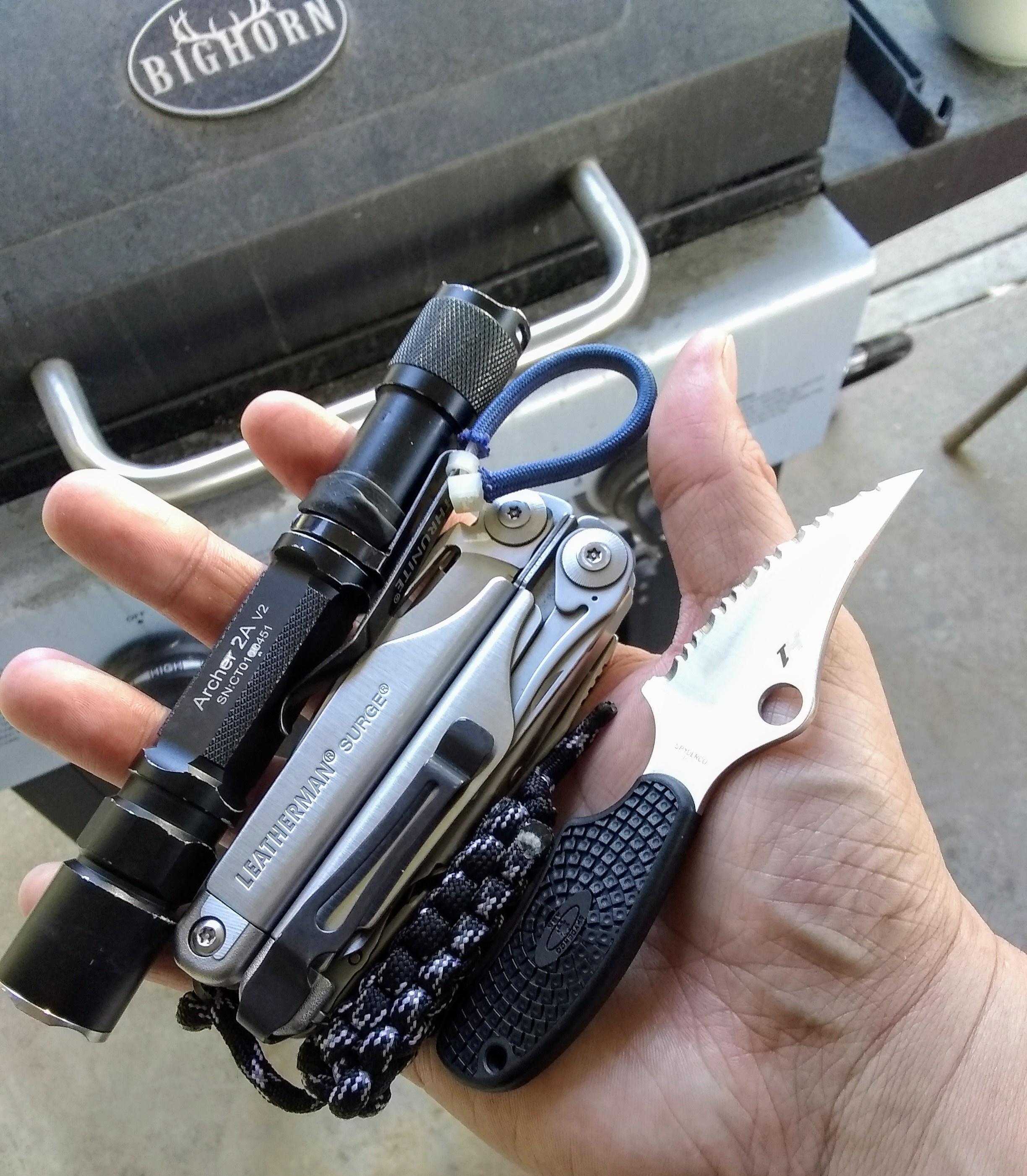 well i now have three of the sofirn lights in hand and have used each about a week.

The C01S is a great two power twist AAA light. in the hand it feels like a mini mag light. I tested it in comparison to a AA light id been carrying the last 5 years. It immediately ended up in the wifes purse and I ended up with two of the AA lights. I ordered a couple more for gifts at 7 bucks a piece they are worth it. they also have an optional diffuser that fits over the end. looks like a tampon but does a nice lantern effect.

The SP10s is a nice AA/14500 light that has 2 modes 4 levels and lock out with a side switch. the AA power is a bit less than a 14500 on max but still a decent upgrade over the C01S model described above. I went with the 14500 from them as a rechargeable. if it operates on multiple voltages that is a huge plus for me to be able to swap over to a common AA cell if i forget to charge or something of the sort. I will have to report back on the battery and its long term life but the light itself is very solid for a sub 15 dollar light.

the final light i grabbed from them is the SP32v2. I wavered back and forth between this model and the sc31pro. the 31 has andruil ui which is a bit to learn and i didnt want a wonky system. the 32 is a refined model with less output but also less hot spot and better color i believe. anyway I wanted a blue light not black so i went with the 32 in the end. this light is much more powerful and powered by an 18650 battery. again i used the manufacturers battery but i have a few of these as well from other makers so i took the plunge. this is a really nice light it has ramping and preset modes as well as a lock out. I went ahead and ordered one of these for my brother. he does insurance adjusting and is in dark attics inspecting roofs and crawl spaces and such. i think he will like it compared to the surefire he complains about.


ALL this said they have no American made/design which is a bummer. but they are one of the best budget lights I have found with so many models and choices I dont worry too much about not meeting a standard. anyway these have taken over the place of a local longmont guy who was importing and customizing MTE lights for the local pd. I used his lights for the past 5 years but they are not in the same class any longer with todays technology in emitters, and such. I am curious about how to find the best all around light for my use. I know i dont know 6k too blue but I like spot and flood and thrower for showing off my beam... having multiple models may be the way. it was before as well. I do think that this could be another rabbit hole if i begin exploring too many options.
"Yeah? Well, you know, thats like uh, your opinion, man" - Lebowski
Top 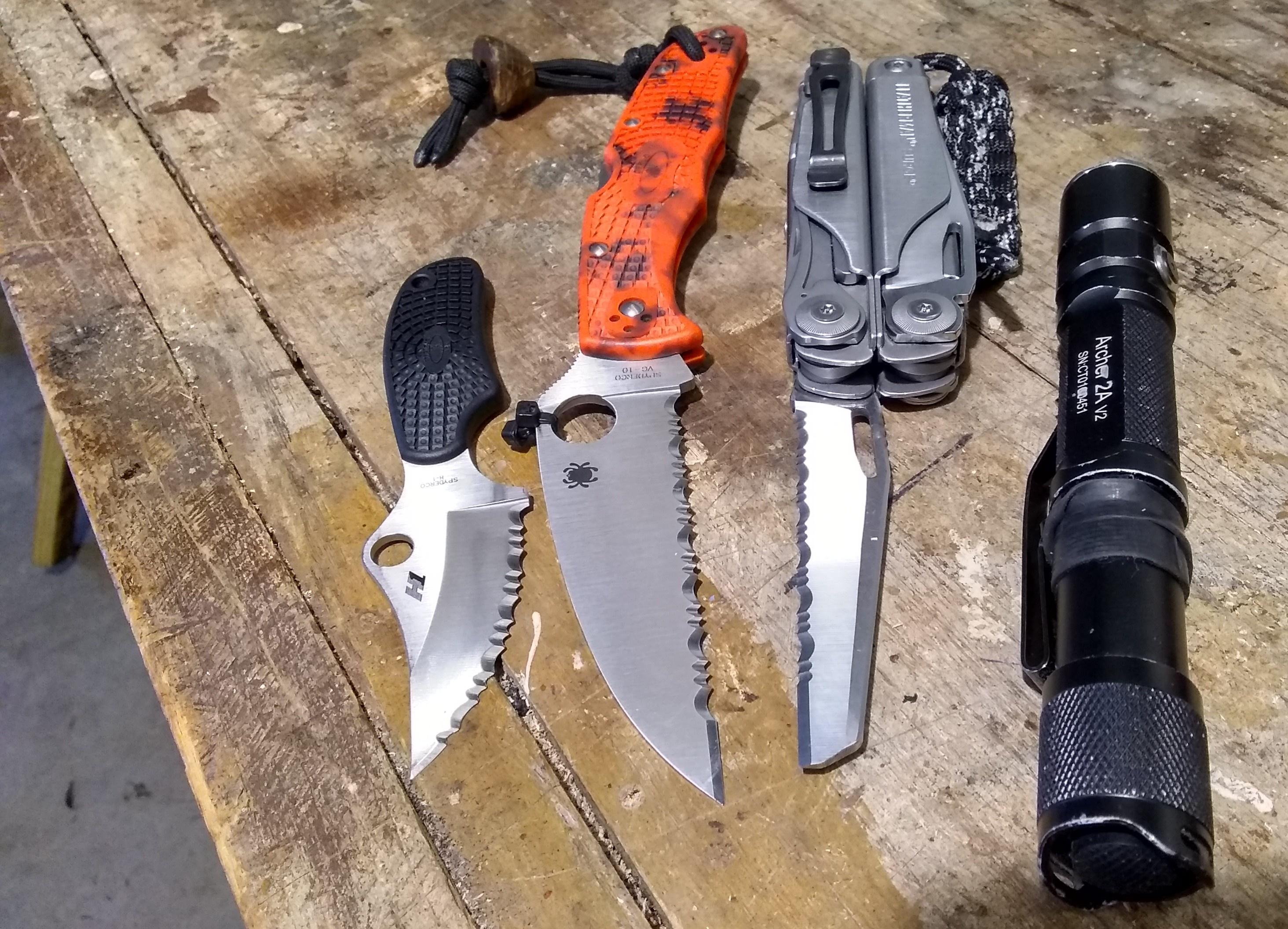 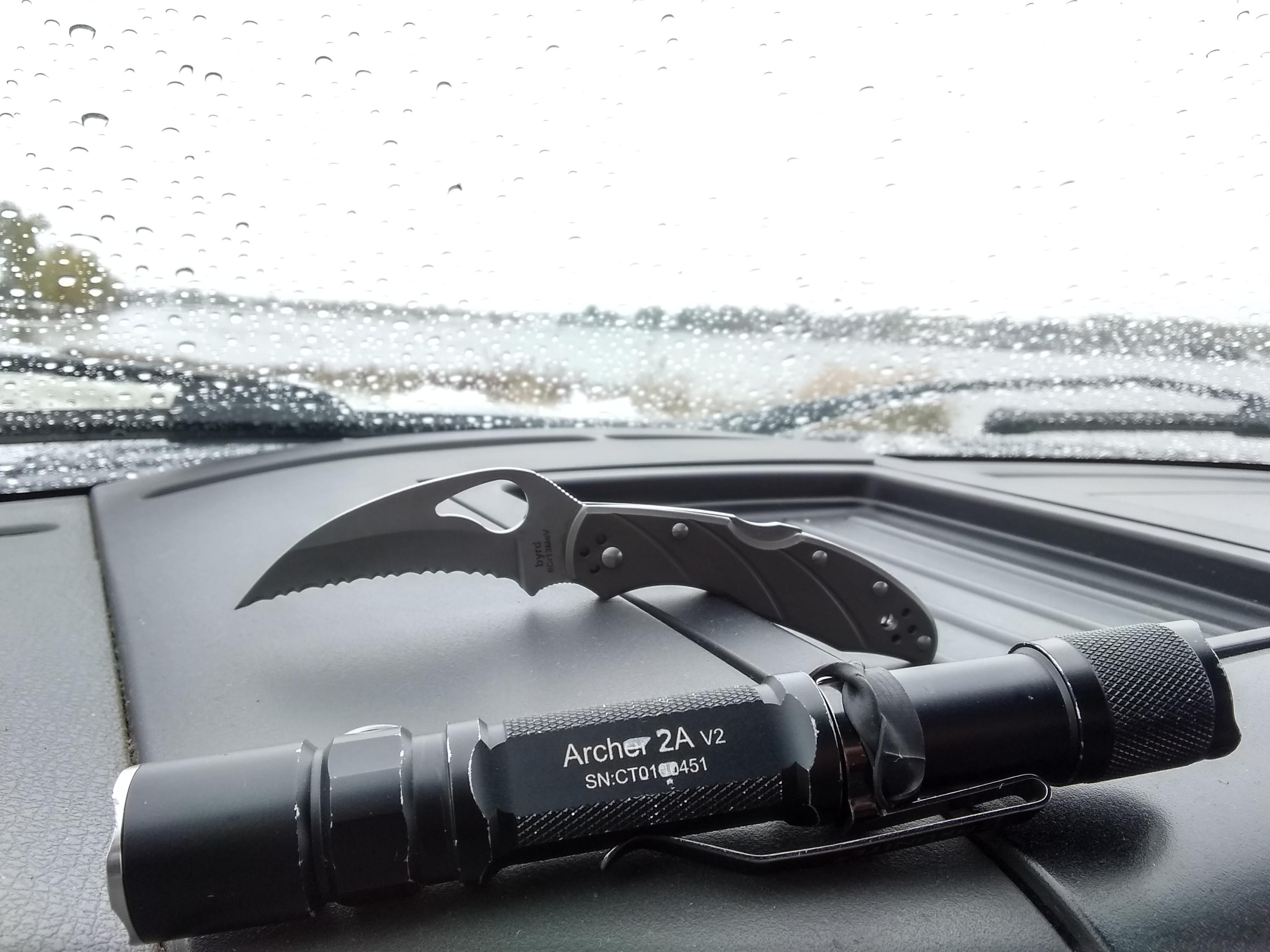 Adapting my outdoor carry to the dark season.
Tool AA 2.0 with a 14500 cell is a very potent and pocket friendly light.
GWS G10 with mb-microtec tritium vials is easy to read in any light condition
Salt knives are my primary outdoor folders year round, but the salt yellow is especially useful this time of year. 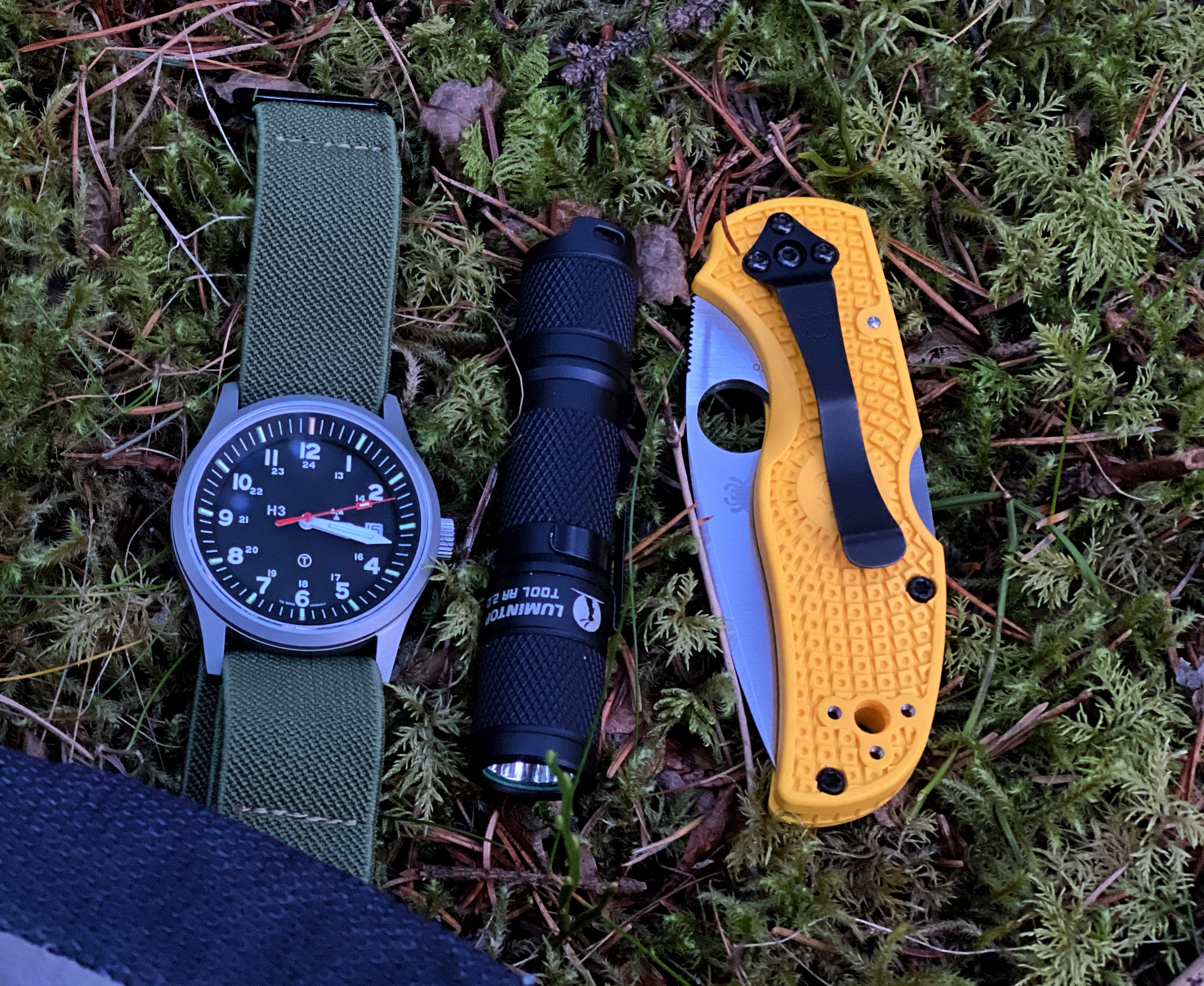 Just noticed a gaping hole in my collection (and blame this forum). Now desperately looking for a foliage green G-10 ROOKIE (C51FG)
Top

How do you like the kr1 with w2 white? I'm seriously considering ordering one of the exact setup in cyan
"Yeah? Well, you know, thats like uh, your opinion, man" - Lebowski
Top

The KR1 is an excellent pocket thrower. The output, build quality and interface are all top notch. I run both of mine with 18350 battery tubes.

Here are some pics for further enticement...

How do you like the kr1 with w2 white? I'm seriously considering ordering one of the exact setup in cyan

KR4 with SST20 4000K. I do a lot of work with wiring and connectors so the main appeal to me is the ability to infinitely adjust the brightness and the high CRI to identify colors. The Anduril software is great. The auxiliary leds help me find it in the dark which is nice and i like the tail switch better than the side switch. I say, if you want it go for it, but i suspect there might be a version 2 eventually that could potentially be a little slimmer. It came with a sleeve for 18650 batteries which was a surprise. And the clip... It was definitely an after thought. It works, but it's not pretty, if that matters to you. I have taken it with me to some friends houses and i love when they scoff at it because of its size, then i click it to turbo and they go speechless. Overall it's a great light.
Top

I got lost in the quotes. I have a convoy triple I built and a d4 for floody up close high cri clarity. I meant to quote accutron as I need a thrower for more distance. The kr1 is what I'm considering now as the k1 seems a bit bigger than I'd want in even a jacket pocket. Also the cyan kr1 is up my alley as far as lights in blue go....
"Yeah? Well, you know, thats like uh, your opinion, man" - Lebowski
Top 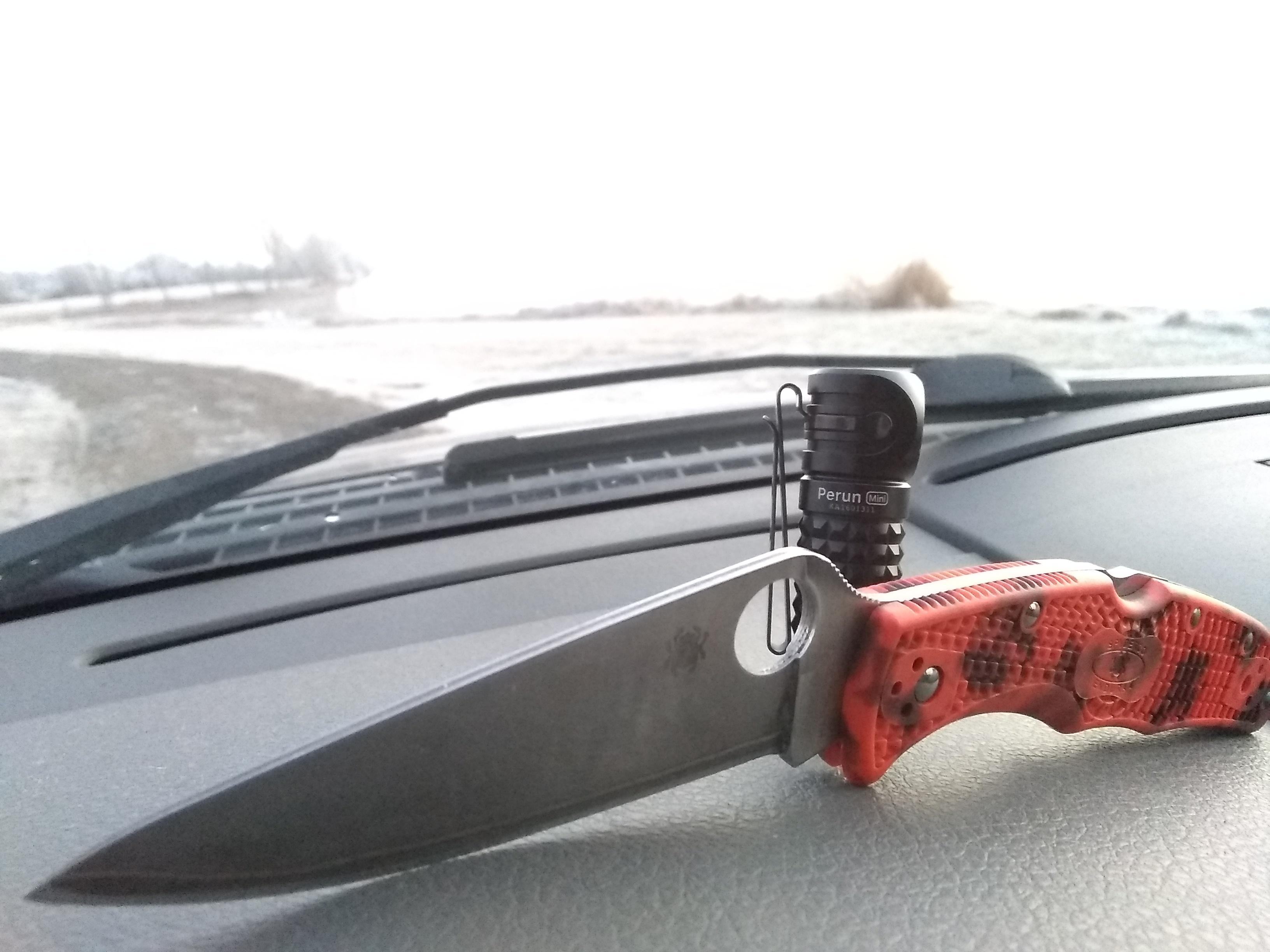 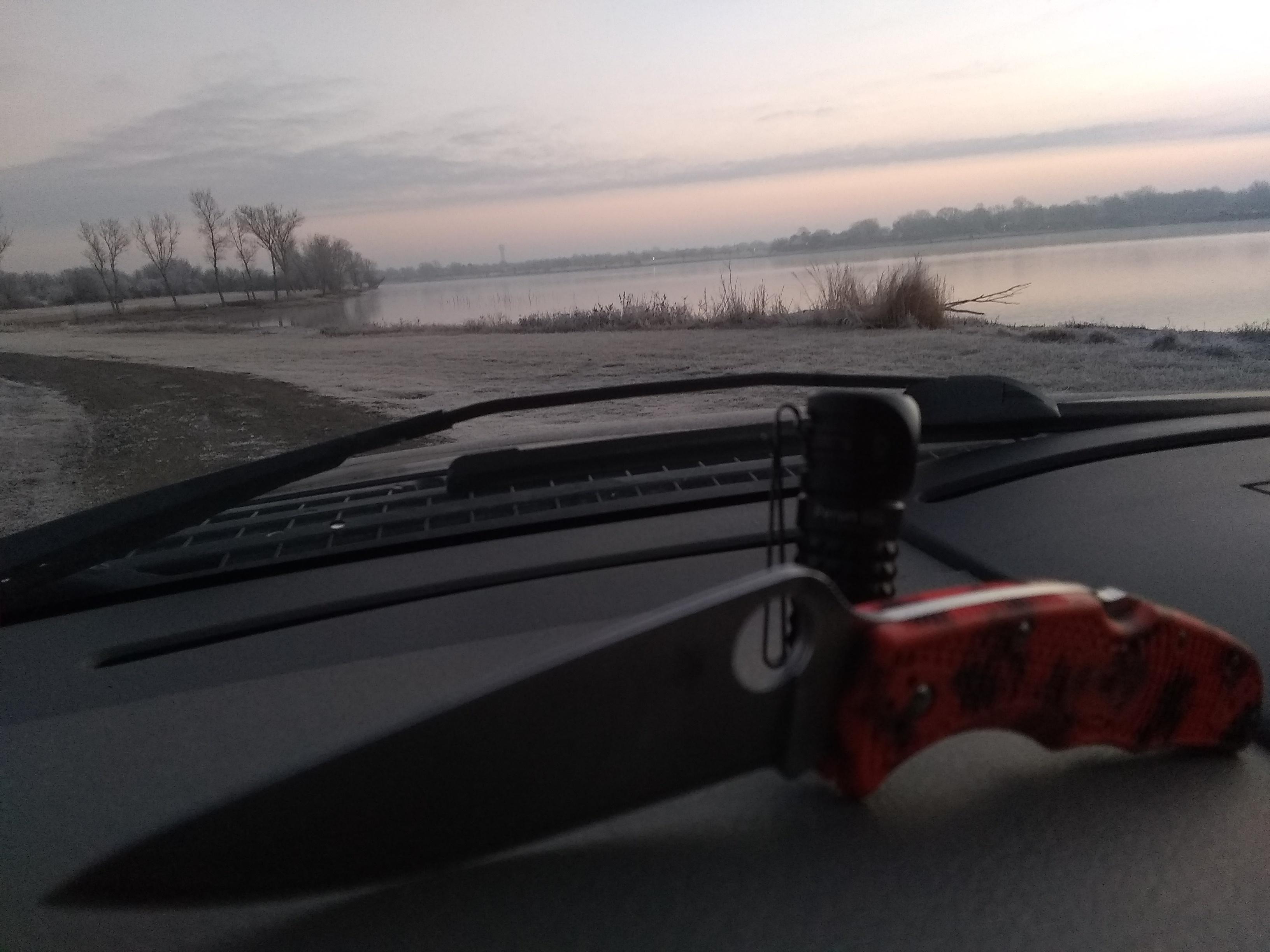 Walther + Chief are my reliable companions. 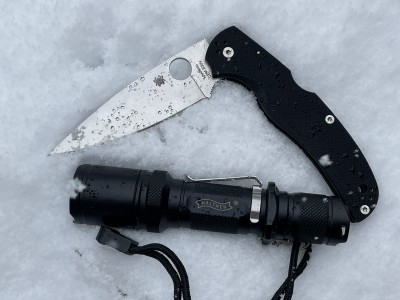 i see a lot of big flashlights in here. how are you all carrying these and what are you using them for? before you think that's asked in judgement, i carry 3-5 knives in varying sizes usually, so know it's not judgement. i ask because it just got so inconvenient to carry even a aaa light and i've only been carrying a nitecore tini. are you using these for tactical purposes, and if so, how are you carrying them? thanks.
Top 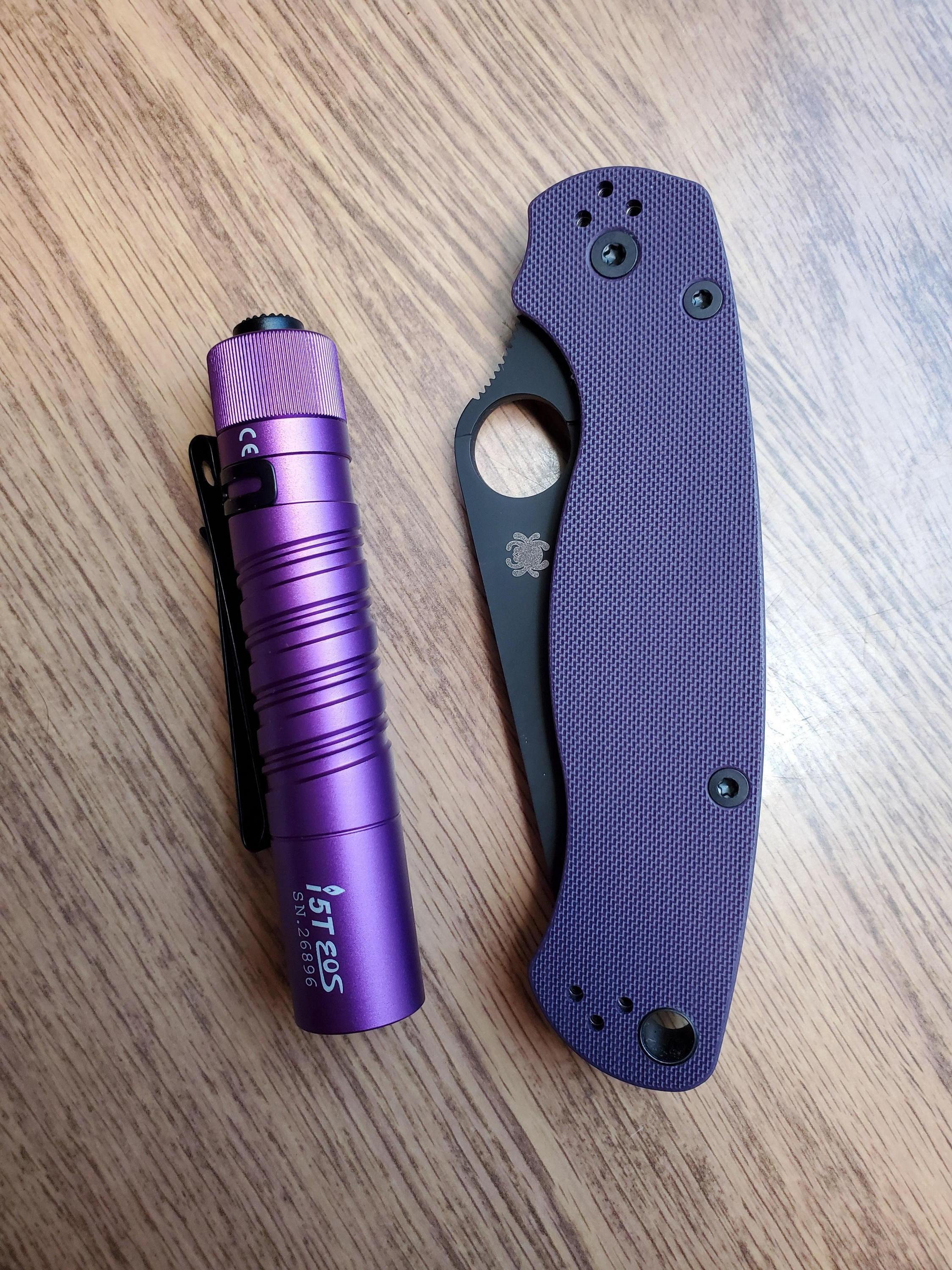 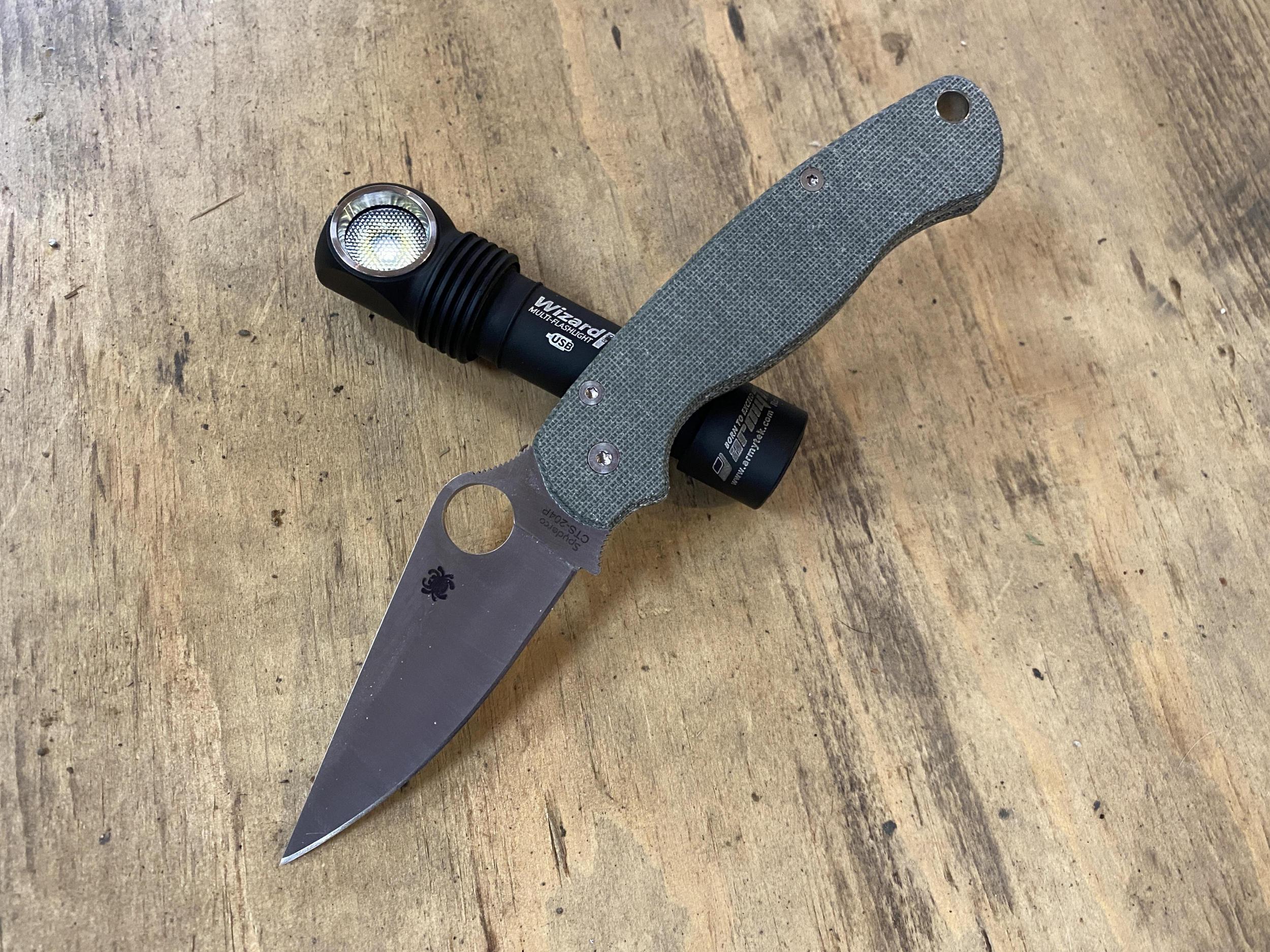