Funny this thread pops up today. Just last night my wife and I were watching the 2009 version of "The Last House on The Left" Around 27 minutes in, looks to be a full SE Delica.
Currently have 18

Mad Mac wrote: ↑
Sat Jun 29, 2019 6:51 am
Don't know about that but I think the Company should give knives to the actors, directors and producers of action movies and thrillers. It could be a relatively inexpensive form of product placement.

I agree but my only reservation on that would be that such a thing could be twisted by the anti knife crowd to say "Oh see that? Those wicked dangerous deadly Spyderco knives are used in that action movie!"
Top

The right way vs wicked. Many believe there is no such thing as bad publicity. With respect to knives, people who fear knives, guns and other weapons will not know what brand of knife was used. Knife enthusiasts will not be discouraged from buying a brand because it was used with evil intent, but some mall ninjas might be compelled to get one. I really don't see a downside.

I wish MacGyver had used Spyderco knives along with his SAKs.
Top

Agreed, but the original MacGyver premiered in 1985. While the worker was introduced in 1981 and the Police appeared in 1984 it was not until 1990 that the Endura, Delica and Starmate (the first mass produced tactical folder) really put the Company on the map. I can't bear to watch the current iteration of MacGyver.

Not sure if it's on this list, but in the series 'The Blacklist' S1.E5 @ 30:00min mark. There is a Spyderco, grasshopper? One of the tiny ones.
There is no greater love than to lay down one’s life for one’s friends. John 15.13
Top

Honeybee. Already on list. My bad.
There is no greater love than to lay down one’s life for one’s friends. John 15.13
Top

Several knives appear briefly in FXHD's The Weekly Season 1 Episode 23, The Eddie Gallagher Effect, which will air four more times in the next few days. The first knife shown was a CE Endura 4. The other two were fixed blade hunting knives.

The last episode of the first season of Alone. The winner is using an endura 4 in his yard.
Top

There were some Spydercos that appeared in some early NCIS episodes. The second time Gibbs told Denozzo(sp?) the ‘always have a knife’ rule, Denozzo pulled out a closed Endura (3?) to show he had a knife, too. Also, around the time that McGee first appeared, he used a SE Delica or Endura to free a woman who was tied up. In yet another episode, a serial killer used a SS Police model, but oddly enough, the knife kept in a clear tube in evidence was a SS Endura.

I once saw a yellow-handled SE Salt 1 on a nature show, used by the host on a fishing boat. I don’t recall the show; it was over a decade ago.

The main character on the show Chicago PD has used a combo-edge, saber-ground Endura 4 in several episodes. These were mostly earlier episodes; I haven’t watched the show recently, so I don’t know if he still pulls it out. Also in one episode, one of the men on his team used an Endura 4 to cut a rope.

Nathan Fillion, who is right handed, deploys what appears to be a hollow grind PE Endura with his left hand to perform some field surgery on a victim in The Rookie. I think it was S2-E11 February 23.

Mad Mac wrote: ↑
Thu Mar 12, 2020 5:26 pm
Nathan Fillion, who is right handed, deploys what appears to be a hollow grind PE Endura with his left hand to perform some field surgery on a victim in The Rookie. I think it was S2-E11 February 23.


I can't see your pics, but I was watching the same episode. When I saw the Endura I thought of this thread and paused the TV so I could take a picture just in case this thread popped up 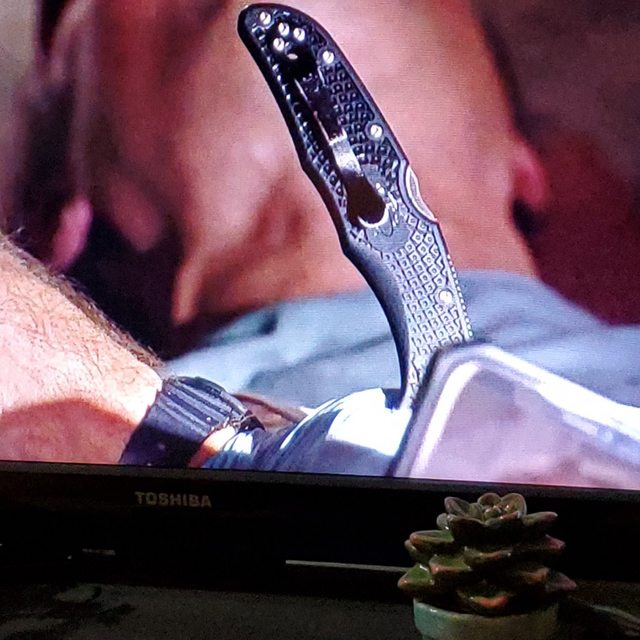 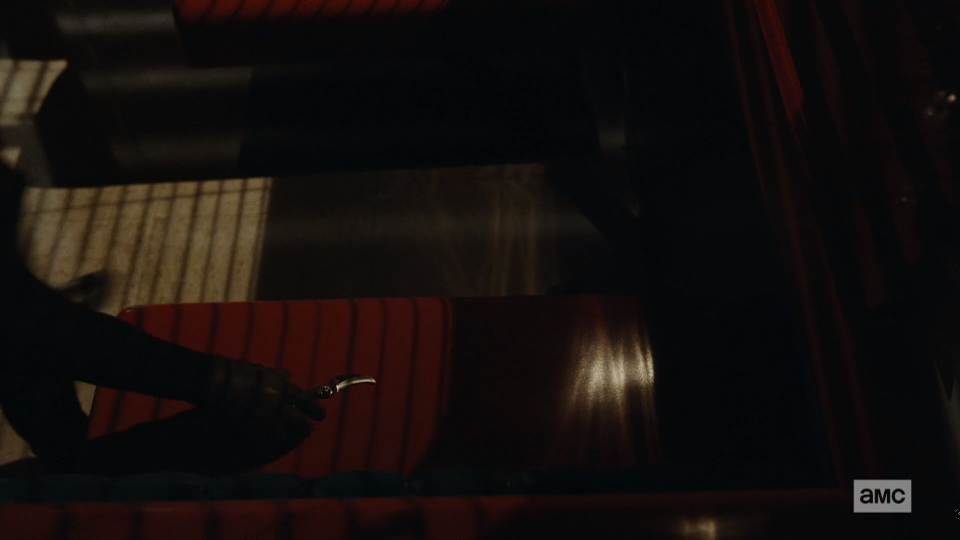 
Beat me to it! Was very happy to see a Spyderco hawkbill show up, though I was hoping it would be something Mike carried more casually rather than this kind of scene with Nacho. (My mind is slipping, can't remember what other knives have shown up in the Breaking Bad shows, other than the "box cutter".)
Top

JacksonKnives wrote: ↑
Fri Apr 03, 2020 11:36 pm
(My mind is slipping, can't remember what other knives have shown up in the Breaking Bad shows, other than the "box cutter".)

All I can remember is this legendary appearance of the Cold Steel Espada. 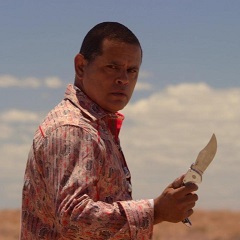 Totally forgot about that! Such a great moment, the armorers on the show don't get many chances to show off little details, but they found a way to add to the story just like everyone else.
Top
Post Reply
137 posts