Does anybody know if there is such a thing? I think it would be cool to have some!
Member of the LH Military Club

I don't think they're Spyderco, but the ones in this pic are pretty cool! Wish I knew where to get them. . .

As cool as it would be to have the logo on beads, i bet they would all eventually end up on counterfeit knives and would probably just make them look more legit.
SHARPEN IT LIKE YOU LOVE IT, USE IT LIKE YOU HATE IT
~David
Top

I find fobs to be really annoying things. I will only tolerate them on my knives if they have deep carry clips and the fobs will help me take them out. Lanyards are another matter, I will use them so I won't lose my knives in deep brush, on sand, or over water.
http://uproxx.files.wordpress.com/2014/ ... ot-gif.gif" target="_blank
Top

My wife is an glas-artist and makes glas-beads. The one the Bradley is silverglass encased in boro-silicate glass. It is the glass you use in the kitchen in you oven.
To be honest I am also not very fond of 'things' hanging on my knife, except when it's up to safety on a large FB.
The beads are a little more friendly than the skulls and made by my very own wife 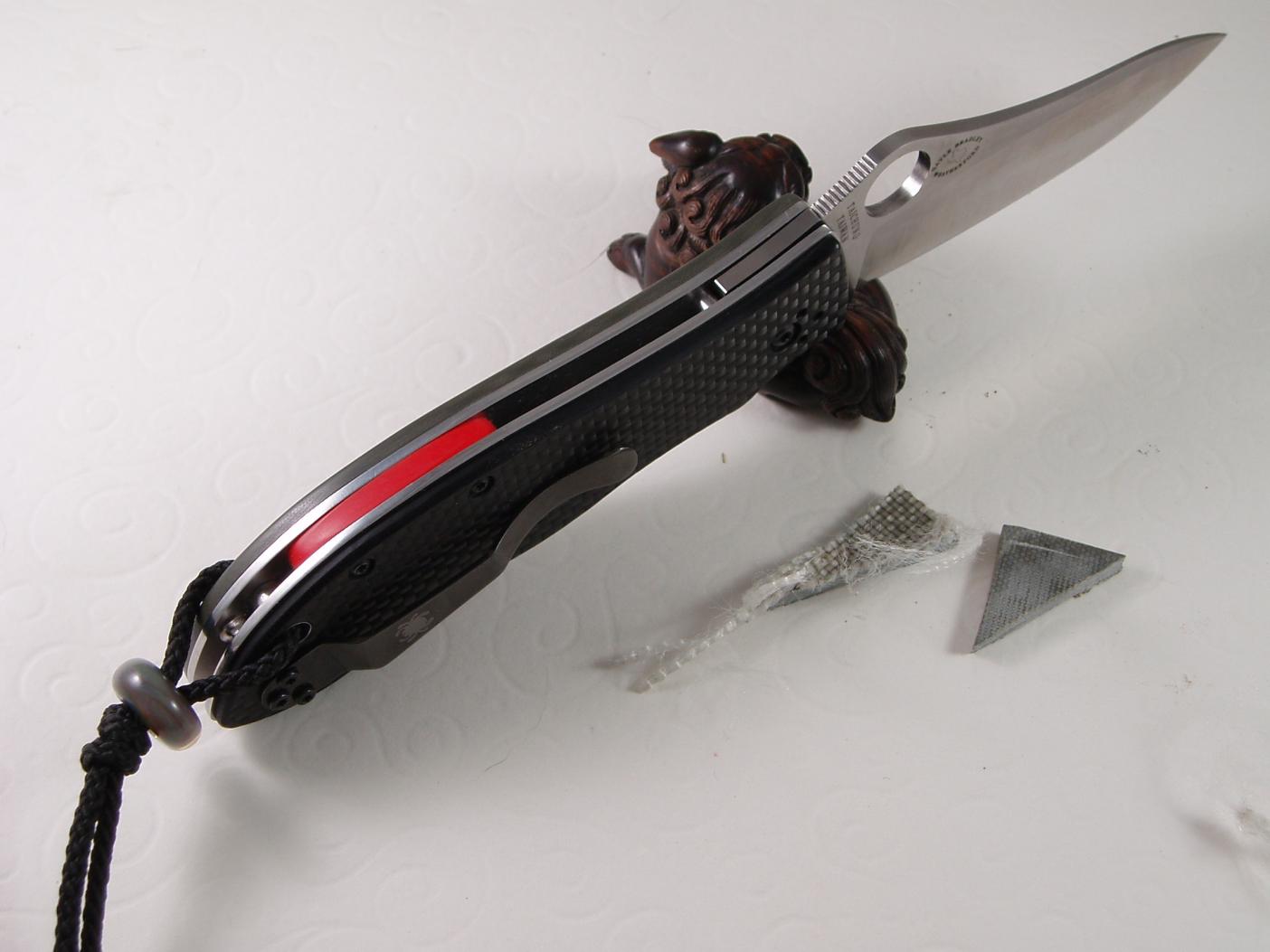 Mwalle6 wrote:Does anybody know if there is such a thing? I think it would be cool to have some!

Interestinbg timing for your subject. We have recently been discussing producing a lanyard bead. We drew up a bead that hand a bug logo slightly raised on four sides of the "rounded" bead.

We didn't knwo if there would be enough interest to produce such an accessory? We had thought to make them out of pewter or tool up and make one out of FRN (lighter and color options).

I think it would be a cool idea...if the price is right, maybe even sell a whole lanyard kit with some paracord and everything included.
SHARPEN IT LIKE YOU LOVE IT, USE IT LIKE YOU HATE IT
~David
Top

I would definitely pick up several, and my preference would be the pewter over FRN. And while you're at it, I wouldn't mind a nice, quality

logo keychain in stainless ( maybe a good use for all those Spyderholes)!
Top

I'm not big on lanyards, but would grab a few beads...that keychain idea is a great one, maybe a 50 cent piece of the spyder...be cool.
On the hunt for...
Top

I normally just go with a simple knot on a loop of paracord but i would use a Spyderco bead on all my knifes.
Top

I'd be down for some beads, don't care what material really.

Come chat with us on IRC at #SharpThings!

FRN would be nice

My vote would go to FRN because there are a lot of pewter ones on the market. I use a small zipper type attachment on my Ladybug salt hawkbill that I keep in my watch pocket of my jeans. It is two pieces where the cord goes on one piece along the sides and th second piece slips over and covers and pushes the sides into a crevice tightly so it doesn`t pull apart.
Top

I'd be in for some beads, regardless of material. Pewter is a more expensive material, but the FRN would require a mold, which seem to be very expensive (at least they are for handles) and may more than offset the costs of the cheaper material. Too bad it's so expensive to machine things, because I'd love to have a few in Ti, as I could anodize them all sorts of colors.

Whichever you end up going with Sal, I'll buy at least one!
-Kyle

I like the spyderbead idea. I would prefer FRN because of the color options.
Top

I would be interested in Spydiebeads but I would prefer pewter over FRN. I can barely stand FRN as a knife handle material without adding more FRN to a knife.

If you produced both...I bet that the pewter beads would sell a bunch more with the higher end collectors.

Regardless of what Spyderco produces its going to get knocked off...its up to us as loyal customers to go for the real product and not some knockoff.

I will be interested to see where this goes. Those beads in an earlier post which were actually a spider would be snapped up. The good thing is several different bead models could be released with different varients of spider right down to the "Money Spyder" right up to a larger spyder type for the bigger knives. Something like a FunnelSpyder for say the Mule sized fixed blades ect.

Hell for the highest end safe queens you could have glass blown beads. They would be a bit more fragile but for display purposes they would rock. Especially if they were in black glass!

Lanyard beads only damage a knife if woven into a lanyard at an incorrect length or if you put a bead at the very end of a long lanyard. Those who don't like lanyards really don't need to worry about this thread as the discussion does not affect them anyways

Pro-V wrote:I don't think they're Spyderco, but the ones in this pic are pretty cool! Wish I knew where to get them. . .

when i first saw those pics i emailed the OP and he showed me where to get them on ebay. unfortunately i forgot the seller and when you type in spider bead there are several hunderd results

I am a big fan of fobs, as some of you may know. Sal, I'd love to get some official Spydie beads - titanium would be my preference, but pewter would be great too.

Yes -- I'd buy some beads for sure -- I do like the color idea as well as them being less likely to muck up a knife's scales.
Top
Post Reply
85 posts