cmassicotte wrote:I do have a question to throw into the mix - and I hope I am not hijacking the thread - but....

Is a frame lock just a different name for an RIL?

Not really, although up until Spyderco introduced the first compression frame lock the odds of a frame lock not being an RIL were pretty slim. But, from a purely semantic standpoint this somewhat unusual lock which predates the RIL and was also made by Chris Reeve could be called a frame lock too.

One could even argue, if one were inclined, that this A.G. Russell One Hand Knife is a frame lock, since the lockbar is an integral part of the handle.

As I said earlier, I think it's really become a question of how Spyderco decides which name to assign to the lock of a specific model. I appreciate Sal's input and understand his logic but must admit I'm hard pressed to believe the Sage I's lockbar, much less the Bradley's would blow out before something else failed if subjected to his lock breaking test sans-scales. I'm not suggesting that the blurring of the line between the Walker and Reeve locks is a bad thing, or that Spyderco has named something incorrectly, more questioning my own understanding of the locks and commenting on the increasing difficulty of pigeon-holing things.
.
Paul
My Personal Website ---- Beginners Guide to Spyderco Collecting ---- Spydiewiki
Deplorable

Anyone care to take a stab at the Microtech Microbar Lock?
Posted a pic in a photo a few posts back........

MCM wrote:Anyone care to take a stab at the Microtech Microbar Lock?
Posted a pic in a photo a few posts back........

If you mean the fourth and fifth knife in this picture:

Then yes, it looks like a modified linerlock, a very beefy one. Lockbar is completely covered by the scales and you can't push it any tighter with your normal grip.
Don't know if it's significantly different from others since it has a different name.

Come chat with us on IRC at #SharpThings!

MCM wrote:Anyone care to take a stab at the Microtech Microbar Lock?
Posted a pic in a photo a few posts back........

Simple, it's a Microtech Microbar Lock. They don't appear to be attributing it to either Michael Walker or Chris Reeve and, while I'd never heard of it before your post, I'm guessing it's different enough from both of them to be patented. 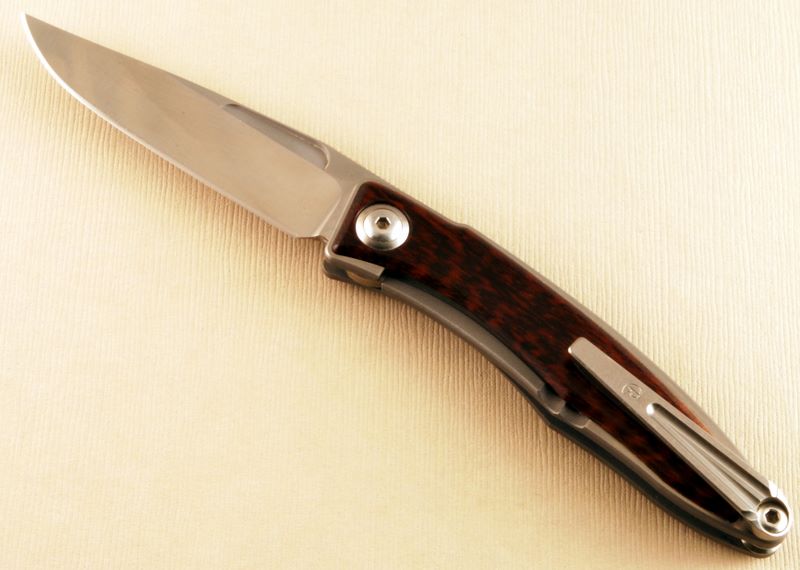 Scale is set back from the edge, but does covers a substantial portion of the lockbar for its entire length. Granted, the Bradley's scales come a bit closer to the edge, but they're still not full.

Again, this is in no way a complaint, just an observation on the difficulty of attributing some of today's knives to either Mr. Walker or Mr. Reeve.
Paul
My Personal Website ---- Beginners Guide to Spyderco Collecting ---- Spydiewiki
Deplorable

If you restrict it to what the liner/locking bar does at the lock in such a way that what it does away from the lock is ignored, then it works, and the PPT would be considered an RIL.
Top

I think it's pretty simple, liner locks have a scale over them be it a Mnandi or a PPT or even the Bradley. Framelocks have the lock as part of the handle, simply enough aint it? I must confess to not reading much of this thread so as not to allow you guys to addle my brain with banter over various lock types.

Those who choose to live a life without risks, arrive safely at death's door.
Top

That's kinda how I see it.
The tighter you grip a frame lock, the more potential pressure it push's in the lock bar. Not so on Liner locks.

But it cant be that simple! LOL LOL

to me, the Sebenza is the father frame lock knife.

If the knife has no outerscale covering the handle AND lockbar like a liner lock, then its not the liner doing the locking. Its the framebar, part of the frame.

Also its important to me that a framelock has the framelock lock bar at all times fully able to be in contact with the users hand so that when a grip is applied to the handle, the hand puts pressure on the lockbar, helping it lock up tighter.

Rather than a liner lock where the hand in no way assists the lock bar.
My real name is Wayne

I personally believe if the scale is there for more structural integrity and rigidity, it is a liner lock.

If the scale is added purely for decoration or traction and the knife could function strongly and reliably as intended without the scale ie Mnandi and PPT, I would call it a frame lock.

JimP wrote: But then thats just me....

...and at the end of the day, that is probably what we will ultimately conclude!

In other words, as Paul said earlier, this is pretty inexact and subective. That's life!
Top

Personally, I consider both locks "Walker-locks." Reeve modified the design enough to make a significant change in manufacturing process and an easy distinction in definitions, but it's functionally a very similar lock (when compared to back/mid locks, compression lock, Axis lock, etc.)

Put another way: all RILs (or is that "Sebenza Integral Locks"?) are Walker-locks, not all Walker-locks are RILs.