A couple years ago there were rumors of a Round Eye Hobbit Warrior family style fixed blade by Spyderco, has anything more came of it?
Top

A long road for new models

I Personally never heard of that one. But I don't doubt it because I'm still waiting for the Bison model to come on line.

There are many hurdles a blade must clear before it makes it's way to the Spyderco main line up. Be patient.
Long Live the SPYDEREDGE Spyderco Hawkbills RULE!!
Top

The knife is a variation of the original Warrior design that has been re-designed by Guy Rafaeli for an Israeli Military group.

We are currently working on the sheath. The knife is H1, double edged.

That is awesome news! any pics?

I'm here often, but this one slipped under my radar.
Top

sal wrote:The knife is a variation of the original Warrior design that has been re-designed by Guy Rafaeli for an Israeli Military group.

We are currently working on the sheath. The knife is H1, double edged.

Some of you "young bucks" will not remember this knife... Look it up, it is SICK!!!

That's not the Hobbit Warrior - that is a Pocket Hobbit. How close to Bob Taylor's original is the re-design?
Mike
http://www.RiverCitySheaths.com 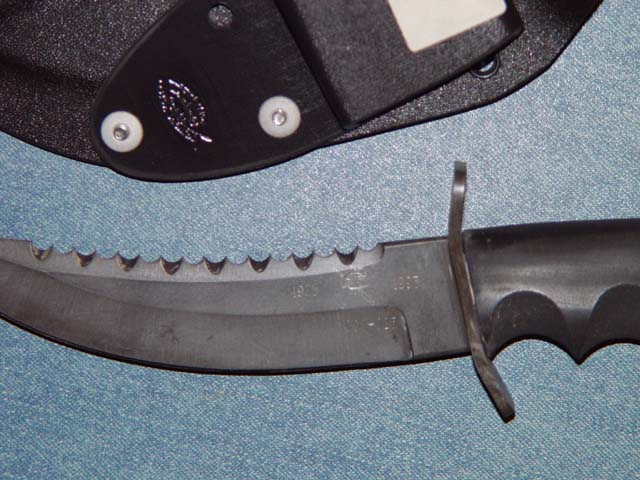 Meant to put this one up - couldn't change in "edit" 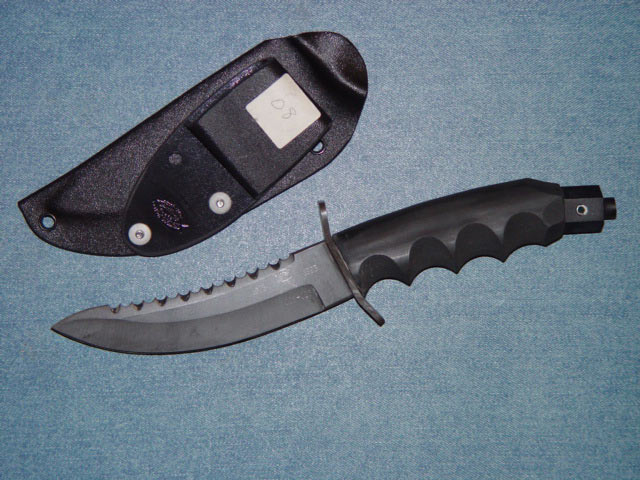 There was a version at one time, made by Al Mar... However I am not sure how many made it into production and how many are seen out there in the wild.

The design bounced around a bit.

Yes Al Mar did make 3 versions of the Hobbit, called the warrior or Hobbit warrior IIRC. I know of designs with a satin finished blade/black handle, black blade/black handle and a black blade/camo handle. But that version was rather heavy and clunky compared to the versions produced by REKAT. It's a classic MBC design, geared towards reverse grip applications. I guess we can add this one to the 'bombshell thread'!

My safequeen Al Mar Warrior can be seen in the attachments. 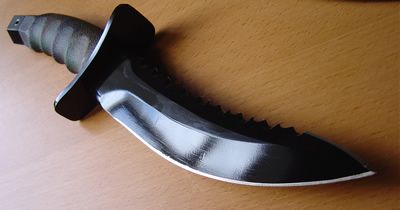 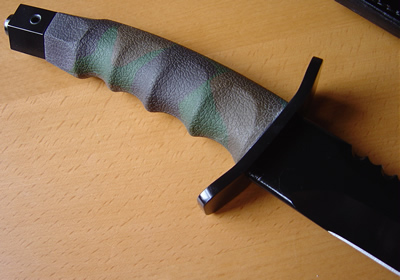 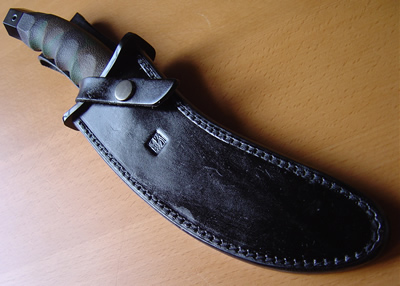 Nice knife you are full of surprizes.
Didn't see that one before!!!!!

What else is in that safe?

see you in two weeks in Tiel,

Werner
The only good knive is my sharp Spyderco........
Top

This will be really cool...

This is one knife I am awaiting rather anxiously - it looks like it will be an evil SD blade.

"I have followed with enthusiasm the course of your disgrace and public shaming. My own never bothered me except for the inconvenience of being incarcerated, but you may lack perspective."
Top

The Warrior is a Bob Taylor, Randy Wanner design, first done in custom knives. Al Mar produced a licensed version (Al Mar Warrior - 7" blade) that was made in Japan, but overbuilt, making it heavier than need be. Bob then had REKAT produce the Hobbit Warrior (5 " blade), which was smaller and lighter. At one point REKAT was going to make the Gaijin Warrior (same size, but with original specs), but only 16 prototypes were built. Much faster than the Al Mar version. I made sheaths for all 16 and still have 2 of them - picks of the litter. Here's a pic with all three. Gaijin is on the bottom - notice thinner guard. 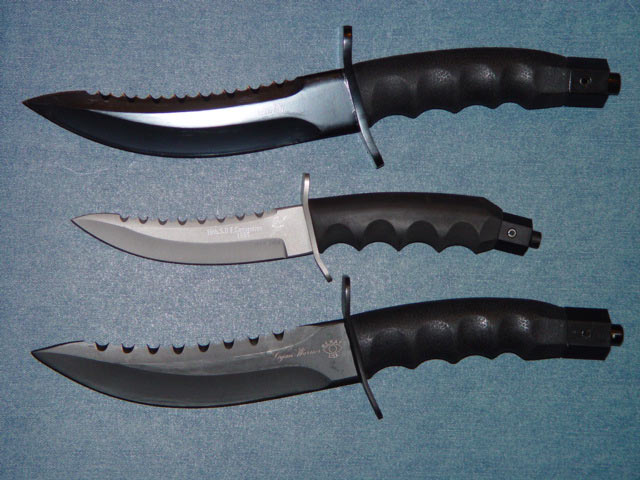 Thats a heck of a knife. Looks extremely functional. Would this be spyderco's first double edged blade?
[CENTER]

Can you tell me what the top knife is? It looks like the knife that is in the logo for Bladeforums.com.

How about any info on it?

The Warrior design doesn't interest me. It would scare the living daylights out of anyone around that saw it.

"I'm calling YOU ugly, I could push your face in some dough and make gorilla cookies." - Fred Sanford
Top
Post Reply
84 posts