If Spyderco had maybe one of their old school models from the GOLDEN ERA ( 1998-2004) that sold itself pretty much just on looks and aesthetics it would definitely be the C-59 Shabaria model. The designer Eduard Bradichansky died over 10 years ago and I was sad because I always wanted to see what other designs he had in his pipeline to follow up on the C-59 Shabaria model.

Over the years I've owned 3 of those Shabaria models and always found it to be a great conversation piece. I never got too serious about using that model because the handle just didn't fit my hand all that well. But it was a really cool Spyderco model to show off to your friends with. They did do a later Sprint Run of that model which was nice. I believe it was also Mr. Bradichansky who also designed the SPYDERCARD model. AT least that's what I've been told anyway.

That was one wicked recurve model I would have loved to have seen perform in full Spyderedge. It was also a model that I think would have done well with one of the of the newer/better blade steels. I know quite a few of you all have that model in your colllections and I've wondered what you all think about using that model? But let's talk about it and discuss the good and bad aspects of that great old school Spyderco model.
Top

Spyderco released a grey g10 sprint run of the Shabaria in late 2018. It appeared in the 2018 Product Guide as part of the last group of Sprint Runs announced via the Product Guide before the introduction of the Reveal catalogs. (Fun fact

It's one of Spydercos more polarizing models in terms of aesthetics, in my opinion. It is certainly not for everybody. The sprint run didn't seem too popular when it was released so I was actually searching for a brand new one a few months ago but had no luck finding one. I don't know if it is officially considered part of Spyderco's Ethnic Series, but it should be, because it has an interesting origin story.

In my opinion, it was a bit awkward in hand and it's not the first knife I would choose for anything "hard use." Simple EDC and a conversation starter would be this knife's primary function for me.

Not one of my favorites. The grip is too narrow to use in heavy cutting without causing me cramps in my hands. The looks are pretty bad too IMO. Like all Spydercos it is built well. I believe I ended up giving mine away.
Top

I love the blade shape but have had concerns about gripping the handle, not for SD but for extended chore work.

Still don’t have one.
...experience the spirit of the design that the designer has built into the 3 D version of his mental idea. - S. Glesser (ever mindful of a mentor’s “Simplicate and add lightness”)

Cool looking knife, and an interesting story behind it. Sometimes I think about getting one just because it is the original Ethnic Series, BUT the ergonomics in my hand are bad.
Top 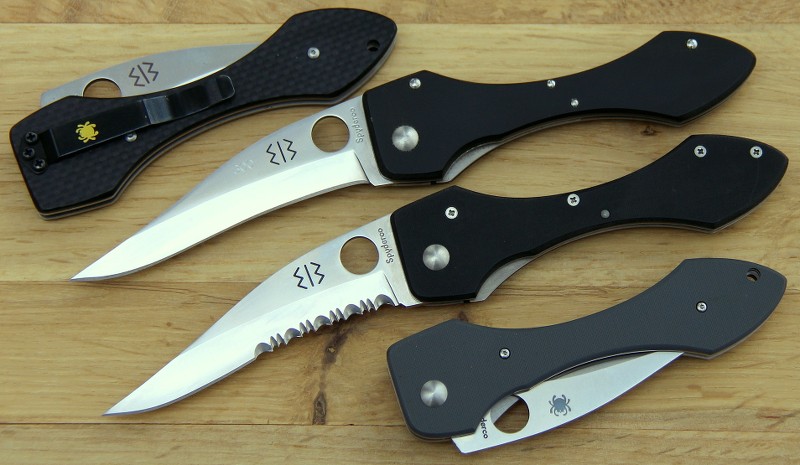 One of my favorite Ethnic knives, I still have the 2011 (I think?) sprint run with CF handle. Can't say it's seen much use in real life, but hey it's my de-facto fondling knife when re-reading anything in the Dune universe 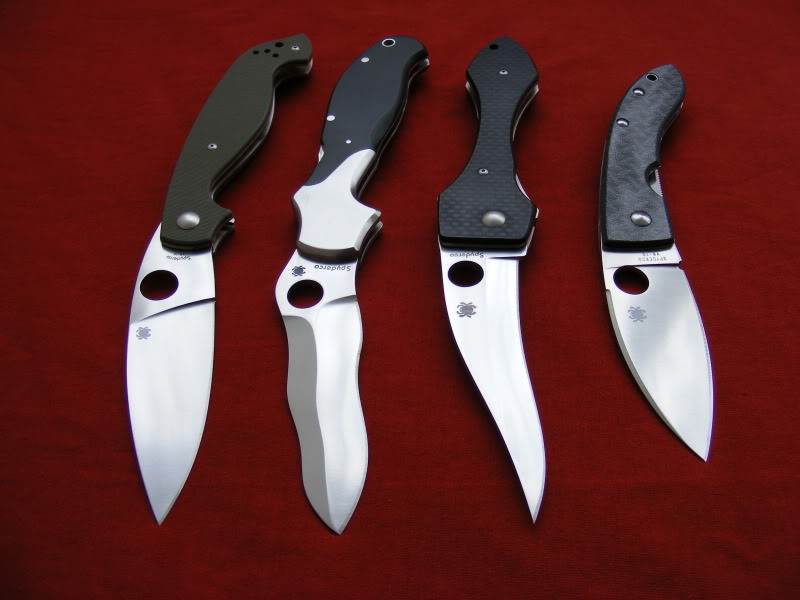 wrdwrght wrote: ↑
Mon Apr 19, 2021 5:50 pm
I love the blade shape but have had concerns about gripping the handle, not for SD but for extended chore work.

Still don’t have one.

Yeah that's kind of where I'm at with that model as well. And I agree with Mastiff that the handle was just not made for my hand. But I still think that blade design could potentially be awesome in full Spyderedge.
Top

I have the gray Shabaria in my collection.

Easily one of my favorites, fits my hand very, very well.

If it were a fixed blade, I'd happily carry it for SD.

Overall, it's a great knife, packs a lot of cutting power.
Top

If the blade had a more user friendly handle I could see it being useful, but the ergonomics are really a head scratcher for me.
How you carry yourself is just as important as what you carry.
~David
Top
Post Reply
10 posts • Page 1 of 1