A while ago I purchased a Byrd Robin 2 Ti for the purpose of experimenting with some different ano patterns on a Chinese produced "Spyderco". This became quite the project but overall I am pleased with the results.

First step, disassembly: Let the frustration begin. All of the screws had more than their share of threadlocker but the one pictured had enough for the entire knife.

A lot of heat and four bits later the disassembly was complete. All screws survived without any damage. 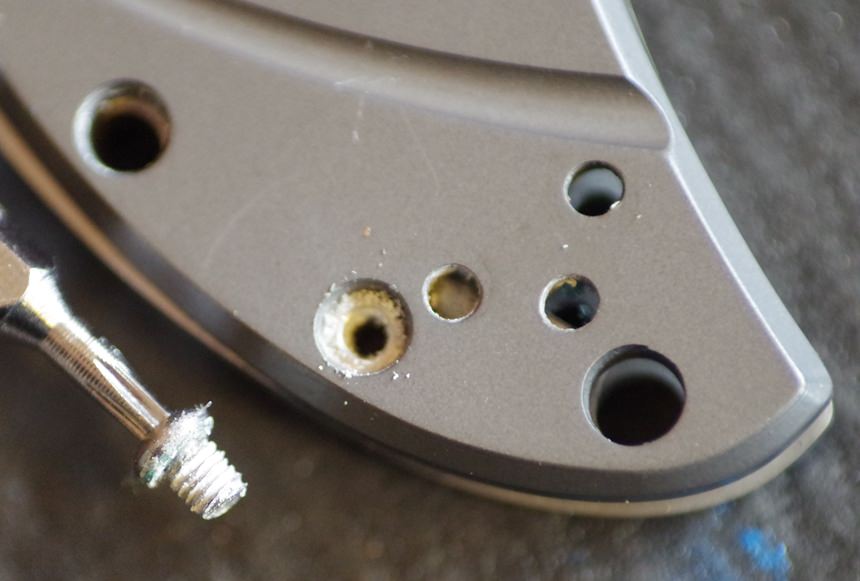 I originally planned to do multiple colors on this knife but as I suspected the titanium must be a lower quality than that used for the Spyderco line of knives. Because of this, it is difficult to get bright even colors. I was also planning to polish at least some of the sections on the flats but I liked the nice even scratch pattern that I had going and decided to skip the polish. I never was sure about what color(s) I wanted but after seeing the results with this titanium, I decided that I liked the green. 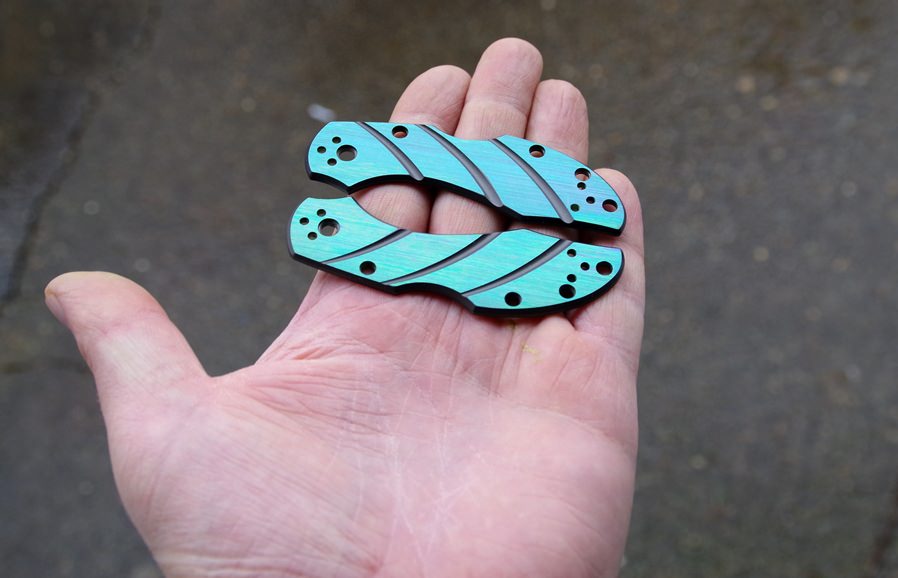 Now it's time to put it back together. Backlocks can be difficult sometimes and this one did not disappoint. BTW, The end of the spring was very sharp and cut at an angle. The underside of the lock was also a little rough so I polished the spring and the lock where they contact each other. 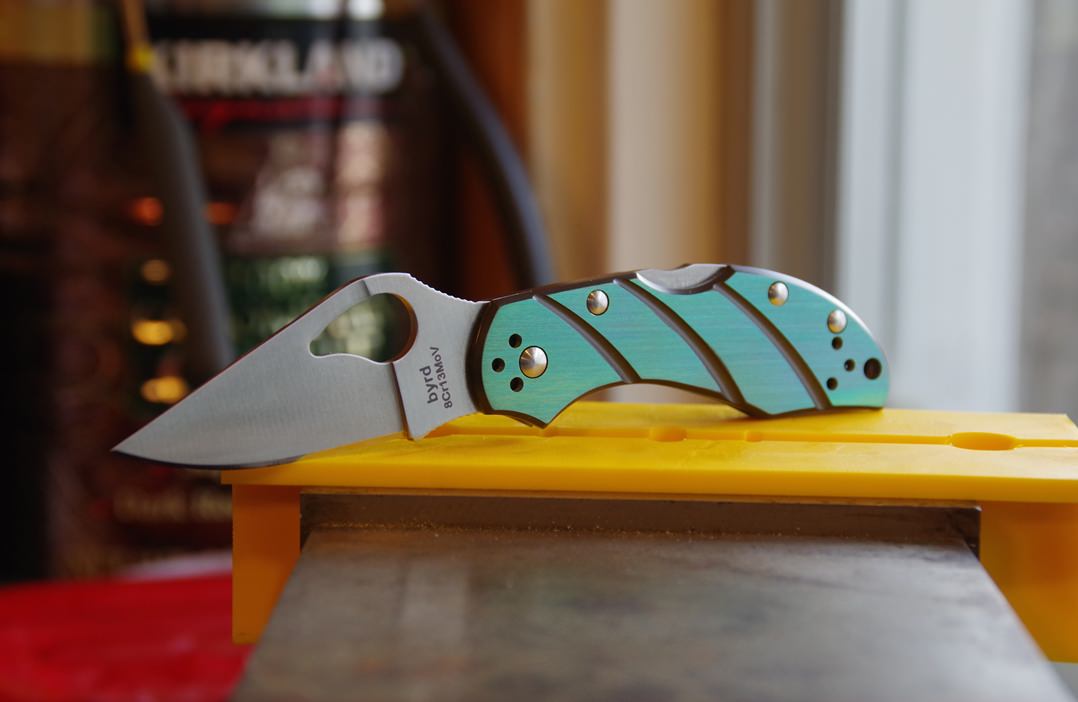 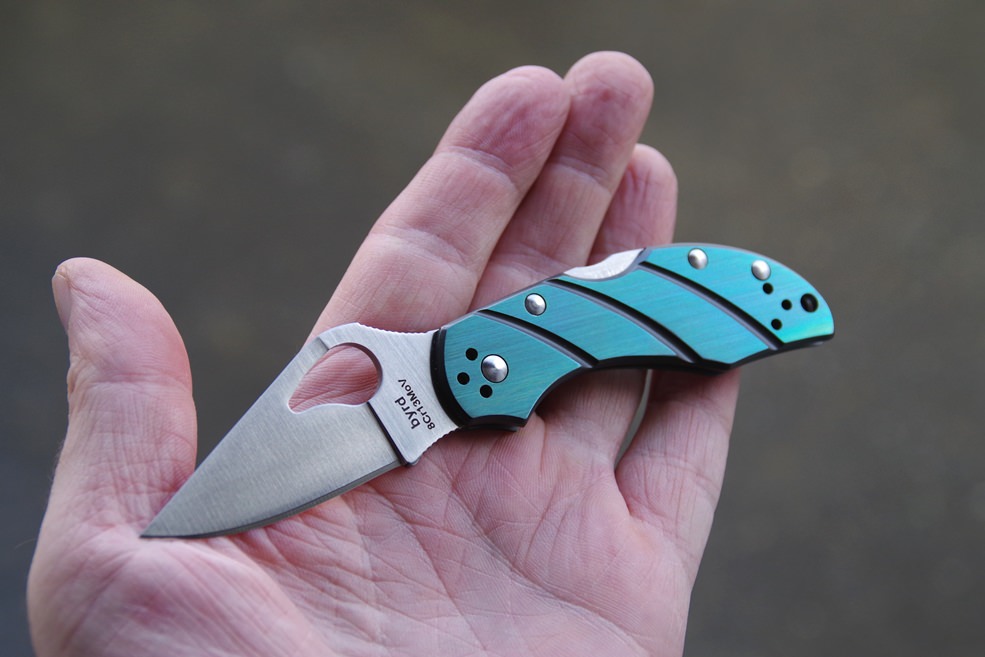 The color is very interesting in the way that it changes in different light. It goes from a light gray-green to a medium blue-green with the scratch pattern that helps to hide the slightly uneven color.

The white threadlocker is common with Byrds. Glad you managed well.
Chris

Thanks anagarika and SharpieB!
Top

Looks great!
So many knives, so few pockets...

Makes me want to buy a Ti Military.

Are you using that Robin?

Actually, no. My work carry is a PM2, I usually hike with a Stretch and my off-work carry varies between several other Spydies. The Robin just hasn't made it into my pocket eventhough the design is great.

Thanx, I, too would have difficulty carrying such a beautiful piece.

Make time for the important things in life, and learn to enjoy the little things more.

Looks great!!! Use it, you made it pretty, now personalize it with a scratch here and there.

So many knives, so few pockets...

Thanks for the compliments everyone! My wife has adopted the knife, so it should be getting some use.